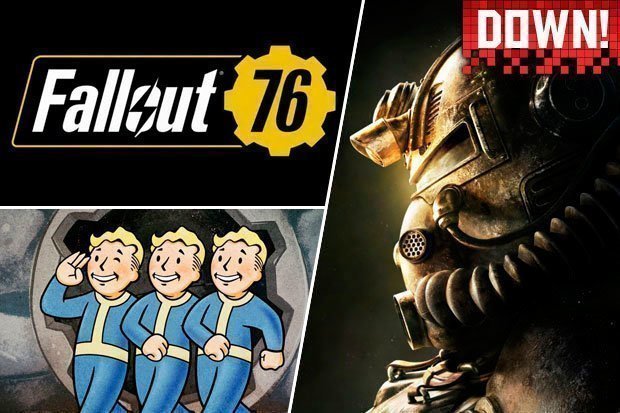 Fallout 76 is offline today, with servers unavailable for the online-only multiplayer game.

This is so Bethesda can release the newest patch for the survival MMO on Xbox One, PS4 and PC.

The Bethesda Support Twitter warned players on Monday that the game would be seeing some downtime this week.

“#Fallout76 will be offline tomorrow May 7th starting at 10:00am EST for maintenance.”

This means downtime begins at 3pm UK time and will likely extend for between 2 and 4 hours – that’s if previous instances of the downtime have set out any sort of pattern.

We will update you when we know when the game is due to go back online.

This period of offline maintenance will be so Bethesda can apply its May 7th patch – fondly known as Patch 9.

“This week, we’re sharing a preview of a few of the highlights coming with Patch 9, including details on Player Vending Machines, Legendary Exchange Machines, a new Survival Beta scoreboard stat, and balance changes.”

We’re expecting to get full patch notes for this update sooner rather than later and we’ll make sure to update you when we have more information.

Bethesda has also noted that another update is due to come to the game soon, though the company did not have time to get this particular feature ready in time for Patch 9.

The developer is keen to assure players that Display Cases are coming, though.

“As some of you may already be aware, we’re planning to add display cases so that you can show off some of the items you’ve collected, such as weapons, bobbleheads, and magazines, in your C.A.M.P.s” notes the developer.

“We’re excited to bring this feature to the game, but it’s going to take a little more time and testing to make sure we get it right. As a result, display cases are going to arrive a few weeks after we release Patch 9. We know many of you are waiting to be able to flaunt your collections, and we appreciate your patience.”

We’ll update you when we learn more.