The Mojave Region Expansion will include the Caesar’s Legion and the New California Republic (NCR) faction sets with all the supporting cards and new rules you’ll need to use them in-game. The sets will also include New Vegas companions for your Survivor faction, a couple of our favorite Super Mutants, the Nightkin, and Securitrons. These sets are currently scheduled for release in Spring 2021.

Fallout: New Vegas is the video game chapter of Fallout canon that takes place in the reopened Las Vegas of post-apocalypse 2281. The city was somehow mostly untouched during the Great War of 2077, and it and the nearby Hoover Dam have been reopened and put to use. Two factions struggle for control of the city and the dam, the New California Republic and Caesar’s Legion. As the central figure in the game, you help decide who gets control of New Vegas and Hoover Dam, thereby affecting the lives and future of the entire region.

According to the Modiphius announcement, the NCR set will have cards for the Troopers and Rangers, comprising the common and uncommon soldiers making up the bulk of the NCR’s protective force. There will also be cards for some of the leaders in the NCR, including Second Lieutenant Theodore Gorobets of the 1st Recon Alpha Team, and Chief Hanlon, commanding officer of the NCR Rangers.

The brutal Caesar’s Legion set will contain cards for general Legionaries, Praetorians, and Scouts, the Legion’s footsoldiers. Vulpes Inculta, leader of the Frumentarii, and Legate Lanius, commander of Caesar’s Legion, will also have cards representing them.

Other cards with supporting New Vegas characters will include the Super Mutants Marcus and Tabitha, along with their pet allies the Nightkin. Securitrons also have a prominent role in the fate of New Vegas, and will be represented in the expansion, along with companions for the Survivor faction. The expansion will also include “a softback book containing new rules, scenarios, painting guides and plenty of inspirational photographs.” 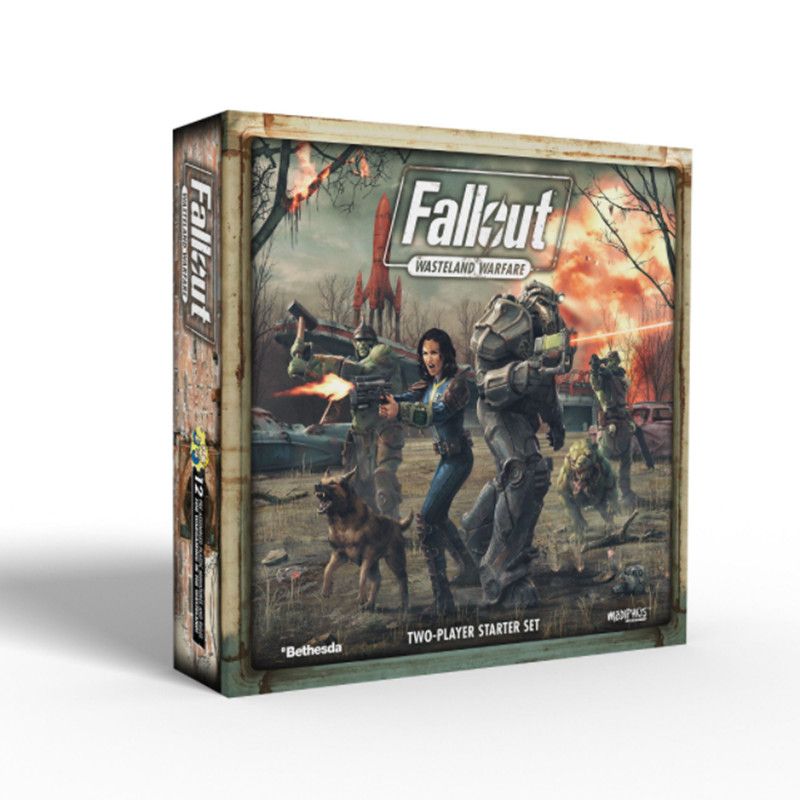 The announcement mentions this expansion as an “initial” release, so it’s a good bet there will be more New Vegas components in the future. This expansion doesn’t mention having cards for ghouls, geckos, giant ants, giant mantis’, and other such creatures. It wouldn’t be New Vegas without those effin’ cazadores, after all. And the Powder Gangers would make for an interesting addition to the faction power struggle here.

The announcement also importantly notes that you will “need the Fallout Wasteland Warfare Two-player starter set and some miniatures alongside this new release to get playing.” Easy enough to do from the Modiphius webstore or your FLGS.