Now that the first Pokémon Direct of 2020 has been officially announced, fans are already speculating what kind of announcements will be made and what can be expected in the future. One particular aspect that has started to generate attention is a hashtag that may (or may not) suggest remakes for Pokémon Diamond & Pearl.

The information primarily comes from the Japanese Twitter server where fans have started the “DiaPerRemake” hashtag, possibly referencing the two Pokémon games. In fact, the hashtag has generated so much attention that it got on the trending tab of the Japanese Twitter server. Additionally, western fans have also started the Sinnoh hashtag on Twitter, thus referencing the name of the region where Pokémon Diamond & Pearl take place. 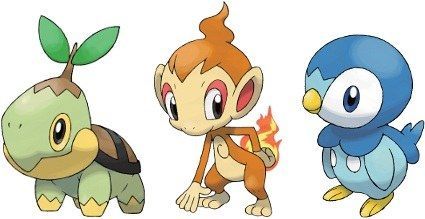 One important thing to note is that nothing has been teased or confirmed by Nintendo or Game Freak, despite all the rumors circulating the internet the last few months. In other words, it’s a good idea to not get one’s hopes up for Pokémon Diamond & Pearl remakes in order to not be met with disappointment when it’s not revealed during the Direct.

Although nothing has been confirmed, remakes for the two Pokémon games would be a welcome addition to the Pokémon franchise. First, a remake would certainly be a possibility because remakes for Pokémon Ruby & Sapphire exist (Pokémon Omega Ruby & Alpha Sapphire). Plus, Pokémon Diamond & Pearl remakes would be next in line since those released after Pokémon Ruby & Sapphire. Simply put, if a Pokémon game remake was to happen, it would almost certainly be for Pokémon Diamond & Pearl.

Pokémon Diamond & Pearl released in 2006 for the original Nintendo DS console. With their releases, both games introduced the fourth generation of Pokémon as well as Internet play over the Nintendo Wi-Fi Connection mechanic. One other big change the games introduced were in regards to battles by making attacks either physical or special based on how the attack itself would operate. For instance, attacks like Pound or Fire Punch would be physical attacks, while Solar Beam or Flamethrower would be special attacks. As for other attacks like Tail Whip, they were considered as “other.”