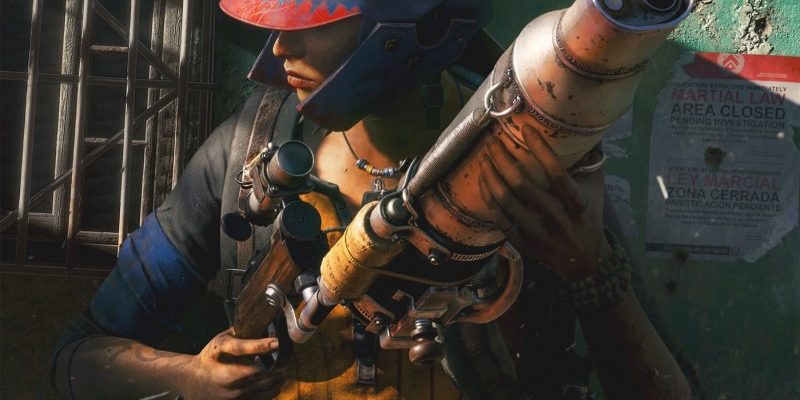 For those interested in learning more about the next step for the Ubisoft staple, new Far Cry 6 gameplay is being revealed later this week. Kicking on Friday, the studio promises an exciting first look at actual in-game gameplay versus the cinematic trailer that was part of the title’s initial announcement.

Ubisoft took to the game’s Twitter account to deliver the good news, with a small video teasing what’s ahead. Take a look at the latest video in the post below:

RSVP for your first look at Far Cry 6 gameplay premiering May 28th at 9:30 AM PDT.

The Far Cry 6 gameplay premiere will be live on May 28 at 9:30 a.m. Pacific. With the famed Giancarlo Esposito playing dictator Anton Castillo, the small teaser below shows him in all of his totalitarianistic power. The new gameplay reveal will hopefully show more of his character and how the player will hope to possibly go up against him. With Yara, a fictional island ran by Castillo; there is oppression rooted deep within the idyllic paradise-like setting. How will our protagonist take to the challenges before them? Will Castillo fall? These are the questions we have and hope to see a glimpse of answers to with the upcoming showcase that drops on Friday.

We don’t have a new release date at this time since it was delayed from its original February 18, 2021 launch date. It can launch anytime between May 2021 through March 2022, according to the most recent update. That being said, it is currently in development for PlayStation 5, Xbox Series X/S, PlayStation 4, Xbox One, PC, Google Stadia, and Amazon Luna, though this reveal may include a new release window for fans to look forward to.

What are your thoughts on what we’ve seen so far about Far Cry 6? Are you excited for the next step of the Far Cry franchise, or do you think that Ubisoft should pull back a little bit? Sound off with your hottest of hot takes in the comments below!