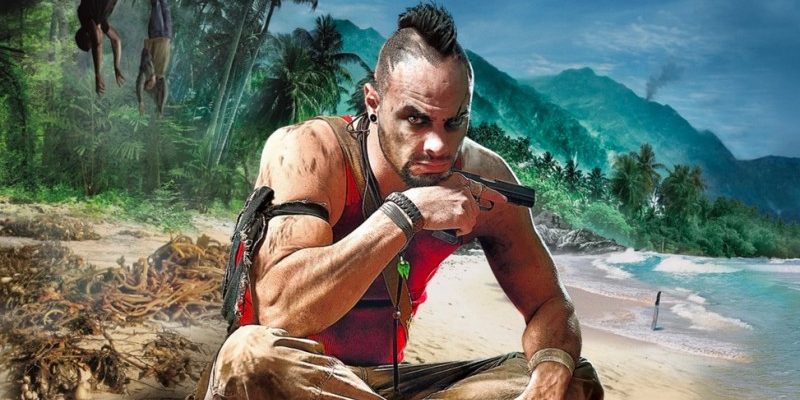 Far Cry 6’s DLC invites you into the minds of madmen, reminds us why Rambo is awesome, and veers into unexpected territory with a Stranger Things crossover. Ubisoft shared new details for this exciting post-launch content and also gives us a nice look at what we can expect (which you can see in the trailer above). After Far Cry 6 launches on October 7, and players hopefully make it through the campaign, Ubisoft is releasing three DLC episodes, each giving you control of a different villain from Far Cry’s past.

The first episode, titled “Vaas: insanity” brings you into the mind of Far Cry 3’s antagonist Vaas Montenegro. Episode two is called “Pagan: Control” and dives into the life of Far Cry 4’s Pagan Min. The final episode, “Joseph: Collapse,” focuses on Far Cry 5′ Joseph Seed. All of these returning villains are voiced by the same actors from the core games. In a press release, Ubisoft says each of these characters is “struggling to escape the horrors of their own minds.”

These episodes are apparently designed like roguelites with what Ubisoft calls a “die and retry” experience. You always start with a pistol and are forced to find new weapons and powers to make it further into the story.

These episodes are in the Season pass that is bundled with Far Cry 6’s Gold, Ultimate, and Collector Editions. Episode 1 launches in November, episode two hits in January 2022, and episode three is two months later in March. The season pass can be purchased separately for $39.99.

If you don’t want to pay for more content, three free crossover missions are on the way. One of these missions sees actor Danny Trejo teaming up with Far Cry 6’s protagonist Dani Rojas. Next up is a Rambo event that is supposedly designed like a 1980s action film. The final crossover event brings the player to Stranger Things‘ Upside-Down for a rescue operation.

On top of these cool side stories, Ubisoft is launching free weekly insurgencies that push the player to eliminate new threats on the island of Yara. Once these missions are completed, new gear updates are offered up. Six new special operations will also be released post launch, taking the player to unique areas of the world where unstable chemicals are stored.

Are you excited for Far Cry 6? And what do you think of Ubisoft’s approach to the DLC? Let us know in the comments section below!