Final Fantasy 14, like most MMORPGs, is an ever-evolving game that continues to introduce new content, tweak existing features, and provide plenty to keep players interested. With so much on offer, it’s not surprising that some players may overlook specific content or need a helping hand getting accustomed to it.

The Forbidden Land, Eureka was added in Patch 4.25 and introduced a new area where players could grind for relic weapons and gear. Between the Magia Board, quests, FATEs, and the Baldesion Arsenal dungeon that becomes available from progressing in Eureka, this content can undoubtedly feel overwhelming for newcomers.

Fortunately, some skilled players already know Eureka inside and out and are more than happy to share their wisdom with the rest of us, and Reks is one such warrior. He started playing FF14 shortly after the launch of Stormblood before eventually finding his place in the streaming community. 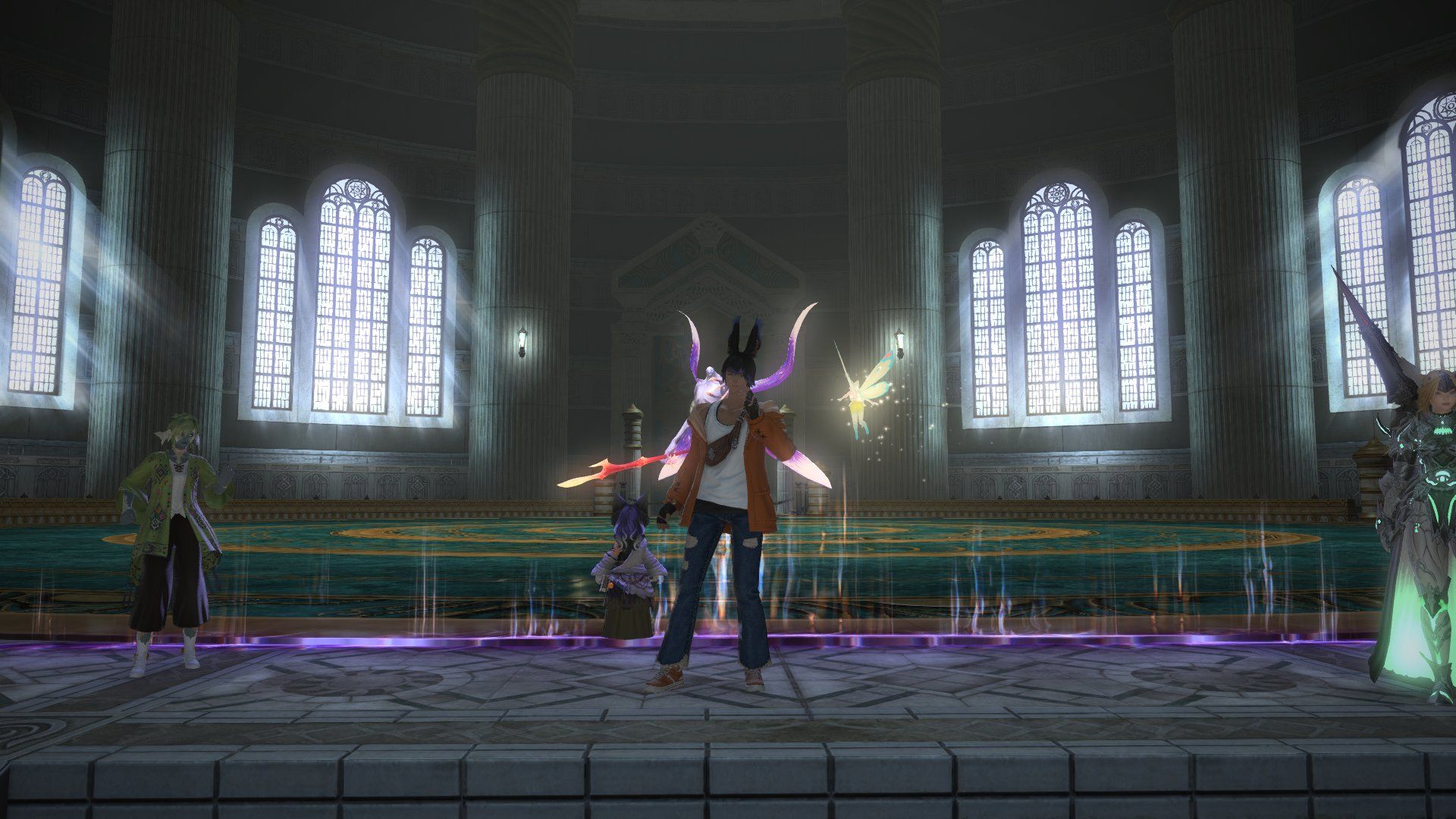 Reks is always on hand to help others with Eureka and The Baldesion Arsenal, both in-game and via his streams. He is one of the raid leads for CAFE, the Crystal Adventuring Forays and Expeditions group, which arranges different daily BA runs, ranging from regular runs and meme runs open to anyone to reclear runs intended for those who have already done so before.

“We have a lot of resources available to help newcomers to the content, so when I find someone new in Eureka, I do my best to steer them in the right direction and make things just a little less intimidating than it might otherwise be,” Reks tells me. “I remember when I was new to Eureka, I had a mentor that pushed me to keep doing the content and taught me a lot of what I know, so I do what I can to pass on that knowledge to newcomers. It makes me feel really good to see people continue to come back to the content and pursue their in-game goals when it comes to Eureka and BA, even more so if I helped introduce them to the content.” 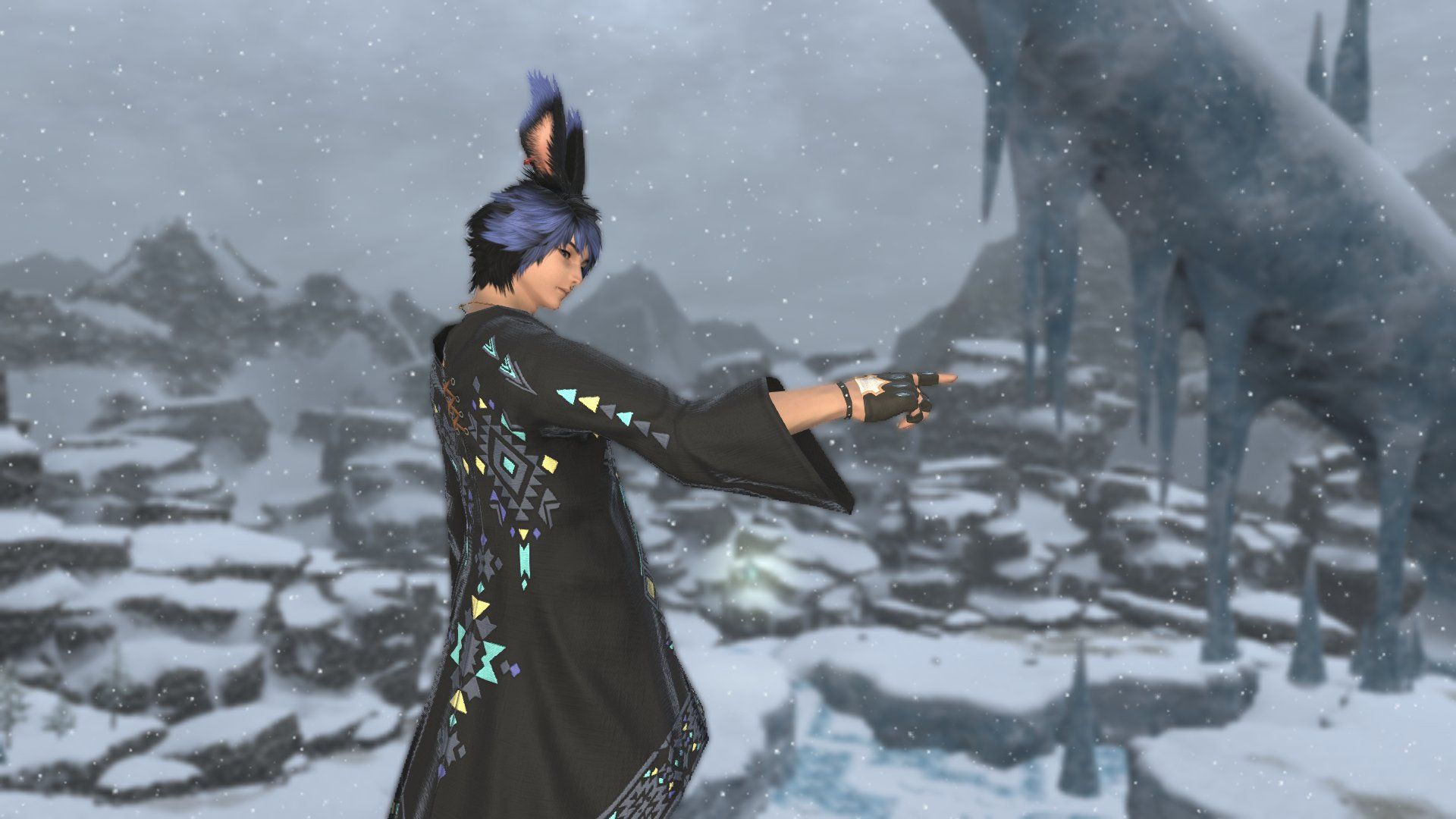 Reks has found both the FF14 and Eureka communities very supportive of the work he does in teaching others, especially as Eureka features content that can be complex to complete. Though the grinding aspect may put some players off, Reks recommends that people try out both Eureka and BA as the rewards are worthwhile.

“Eureka itself can be a bit of an uphill climb, so I recommend grabbing a friend to do the content with,” Reks says. “To be able to do The Baldesion Arsenal at the end of that climb is definitely worth it. There are a few reasons why I highly recommend doing Eureka and BA to people new to the content. If you're working on getting your Shadowbringers relic weapons, doing BA, and getting your set of +2 elemental gear and a Physeos Weapon makes farming for multiple relics in Eureka a lot more easy and smooth. Elemental +2 gear — with a melded Kirins or Vermillions chest piece — is best in slot for Eureka/BA.

“BA itself is super fun content, and I and the other raid leads do our best to create a fun experience for newcomers and veterans alike. If you're not a relic hunter, I'd recommend doing Eureka and BA to get your shiny Ozma mount, and you only need one clear of BA to claim it from your achievement log. The mount shifts form when it's underwater or flying instead of its standard orb form when it's on the ground, so this is also great content for anyone who's a mount collector! I personally love doing BA. Whether I'm just attending a run or leading one, it's the content I enjoy the most. The inside jokes and friendly banter are among the reasons BA ends up being so fun.” 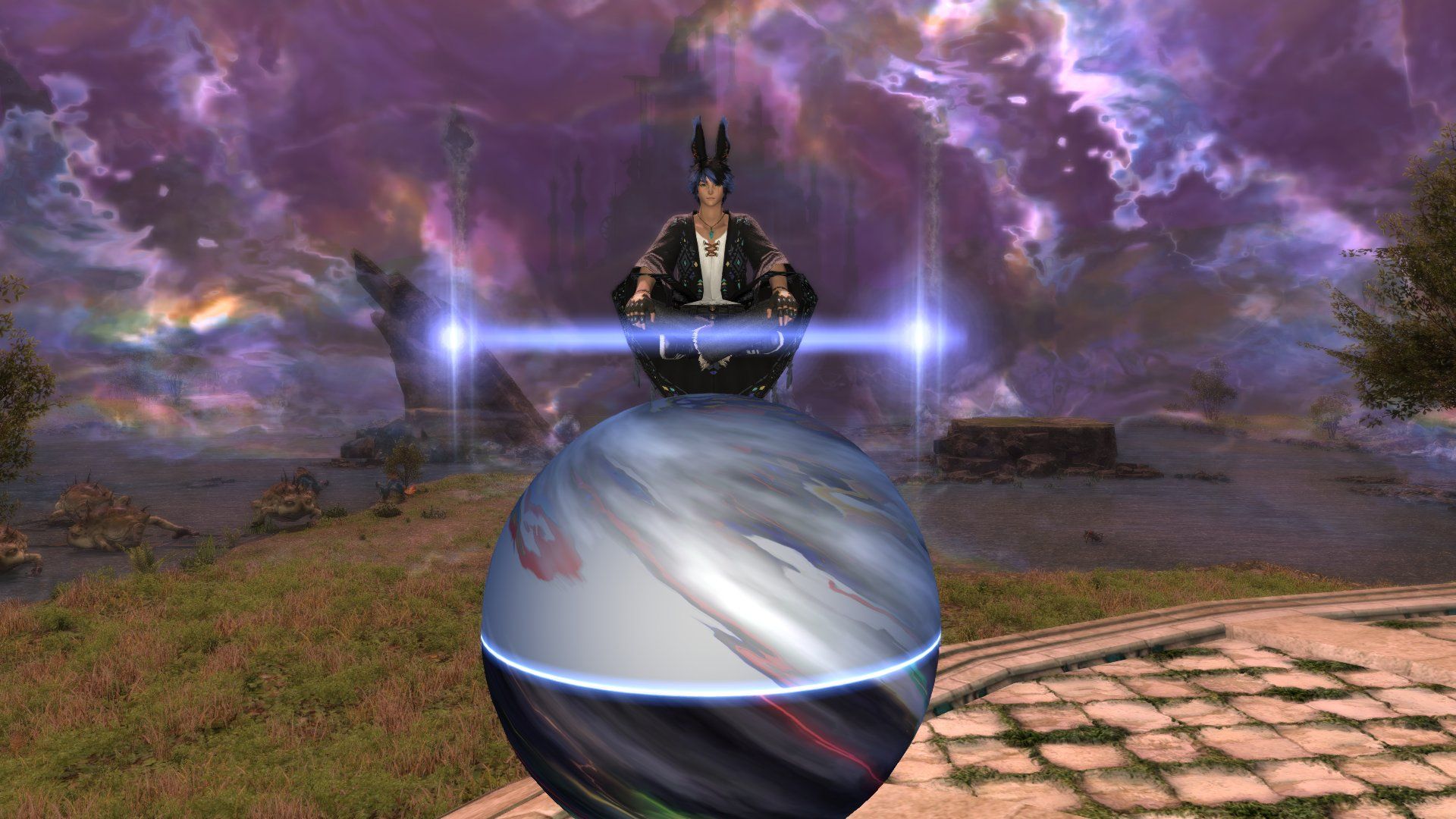 Unlike the mainline content in FF14, you cannot be resurrected with raise as you usually would in the Baldesion Arsenal, and instead, special items or the use of a Limit Break is required to raise others. This means dying has a more significant impact on your party in addition to suffering the penalty of losing Elemental experience for Eureka. This can make it a lot scarier for newcomers who are afraid of letting their teams down.

“Myself and a lot of the other raid leads go out of our way to help get newcomers setup properly and make things as easy going for newcomers as possible,” Reks explains. “We're usually pretty forgiving when it comes to mess-ups in the arsenal. If you die on a boss fight, there's usually a healer willing to pop a sacrifice tray to get you up off the ground and continue your run. I think that alone is one of the big intimidating factors about BA to newcomers is the fact that you can't raise people like normal in BA, you have to bring a special tray to raise people in the Arsenal, and this tray can only be brought by healers.

“I think that's one of the reasons so many newcomers to BA are afraid to mess up, but usually, there's a healer somewhere in the group begging to use up their Sacrifice L tray. We have the calls for the fights down to a science, so when it comes to joining BA with the CAFE group, as long as you listen to the fight explanations and do your best to follow the callouts, it's usually pretty easy to get through the raid. Even if you get extracted on Ozma and don't get your first clear, if you're a newcomer, we have a +1 policy. Until you get your first clear, you can +1 into the raid, you just have to message the raid leader of the run you wish to attend roughly two hours or more in advance, and they'll get you sorted into a party early for the run.”

If you’re tempted to try out Eureka or BA and want to learn more, you can check out Reks content on Twitch or follow him on Twitter.