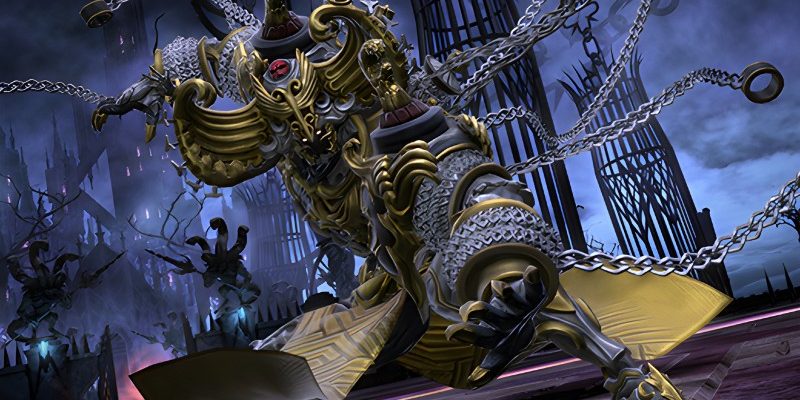 Final Fantasy XIV: Endwalker was released just last month and while players are still working their way through the MMO’s latest expansion, which was unfortunately hampered by numerous server congestion issues at launch, the big new 6.05 patch is now live.

As Final Fantasy XIV players know, a patch like 6.05 isn’t just any patch – it’s packed with new things for players to do and obtain. A quick scroll through the expansive list of patch notes reveals that to be true, too, as the new update features all kinds of additions like a new version of a raid, a treasure dungeon, new minions and mounts, and of course, some fixes and improvements as well.

Perhaps the most exciting is the new treasure hunt dungeon, The Excitatron 6000.

“The Excitatron 6000, a special instance similar to the Dungeons of Lyhe Ghiah, can be accessed after finding and opening treasure coffers obtained from kumbhiraskin treasure maps,” the patch notes read. “Here, players will have the chance to test their luck and obtain priceless treasures.”

Another exciting addition is the Savage version of the Pandaemonium raid dungeon, otherwise known as Pandaemonium: Asphodelos (Savage). Players can register to enter this new dungeon experience with their Raid Finder, but you must be either a Disciple of War or Magic at Level 90, and two or more of the same job is not permitted in groupings.

To access the dungeon, “players must speak with Nemjiji in Labyrinthos (X:8.4, Y: 27.4) with a Level 90 Disciple of War or Magic after completing the quest ‘Who Wards the Warders.’” Completing the Savage raid rewards an Asphodelos Coffer, which transforms into gear.

For more details about this Savage raid or the new treasure dungeon, be sure to check out the full patch notes list.

Other additions in Patch 6.05 include new items, recipes, master recipes, mounts, minions, achievements and titles, and music. Dozens of job-based adjustments regarding actions and traits have been made as well, and you can view the full list of those changes here.

For more about Final Fantasy XIV: Endwalker, check out this New Gameplay Today segment featuring gameplay from the expansion and then read about how the MMO gained 1 million new players ahead of the Endwalker launch last month. Check out this story to learn how to get an “Eat Pizza” emote in Final Fantasy XIV after that.

Are you excited for Patch 6.05? Let us know in the comments below!