Naoki “Yoshi-P” Yoshida, Final Fantasy 14 director and producer, has announced a rollback of the PvP balance changes introduced in update 6.11a. Those changes affected a number of classes, but the black mage seemed to come out far ahead, turning black mages into a terror in FF14’s Crystal Conflict.

"We have received a great deal of feedback regarding these changes, and in hindsight, I believe we went too far with our adjustments. For this, I apologize," wrote Yoshi-P on the FF14 blog. "Please know that we have plans to address these concerns in Patch 6.15, which will be released on Tuesday, June 7."

Explaining the rollback, Yoshi-P described the decision process for determining PvP balance in FF14. The overall goal is for every job to have a 50% win rate at every level of play, whether that's from casual or expert players. "When a particular job starts showing win rates much higher than 50%, we investigate the cause while also taking into account player feedback," wrote Yoshi-P. "If we discover an overpowered action, or perhaps a combination of actions creating a potentially unfair advantage, we implement balance changes in a way that preserves the distinctive characteristics of the job in question." 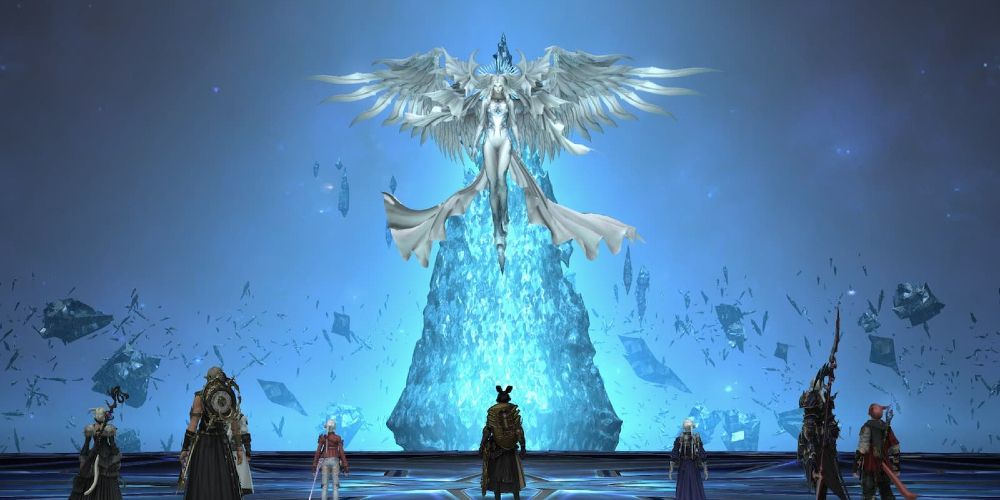 Job choice is also a factor, but rather than trying to ensure an equal balance of jobs, the balance team just looks for "extreme bias" as it might indicate an "underlying issue" with that job.

As for the black mage, prior to patch 6.11a, it had both the lowest win rate and pick rate of any job in FF14. So, patch 6.11a gave black mages a big boost to hopefully bring those numbers up. However, Yoshi-P admits that patch 6.11a was "implemented on relatively short notice" and the team might not have had enough time to test the new black mage.

"By adding a heavy effect, giving Paradox multiple charges, and otherwise decreasing casting times, the black mage was granted an undeniable advantage, which we intend to revert in a future patch," explained Yoshi-P. "We will also be reducing the level of defense granted by limit break action Soul Resonance."

Elsewhere in the post, Yoshi-P gave a short preview on update 6.18 which will include adjustments to Limit Break frequency as well as damage values in Frontline. You can read about both over on Lodestone here.