Minigames have always played an important part in the Final Fantasy series and the same is true of Final Fantasy VII. Due to the remake only covering the Midgar section of the original, however, the development team had to introduce a few new ones in order to make up the numbers.

While the squats minigame makes a return, the challenging pull-ups minigame is a new addition, as too is Darts. 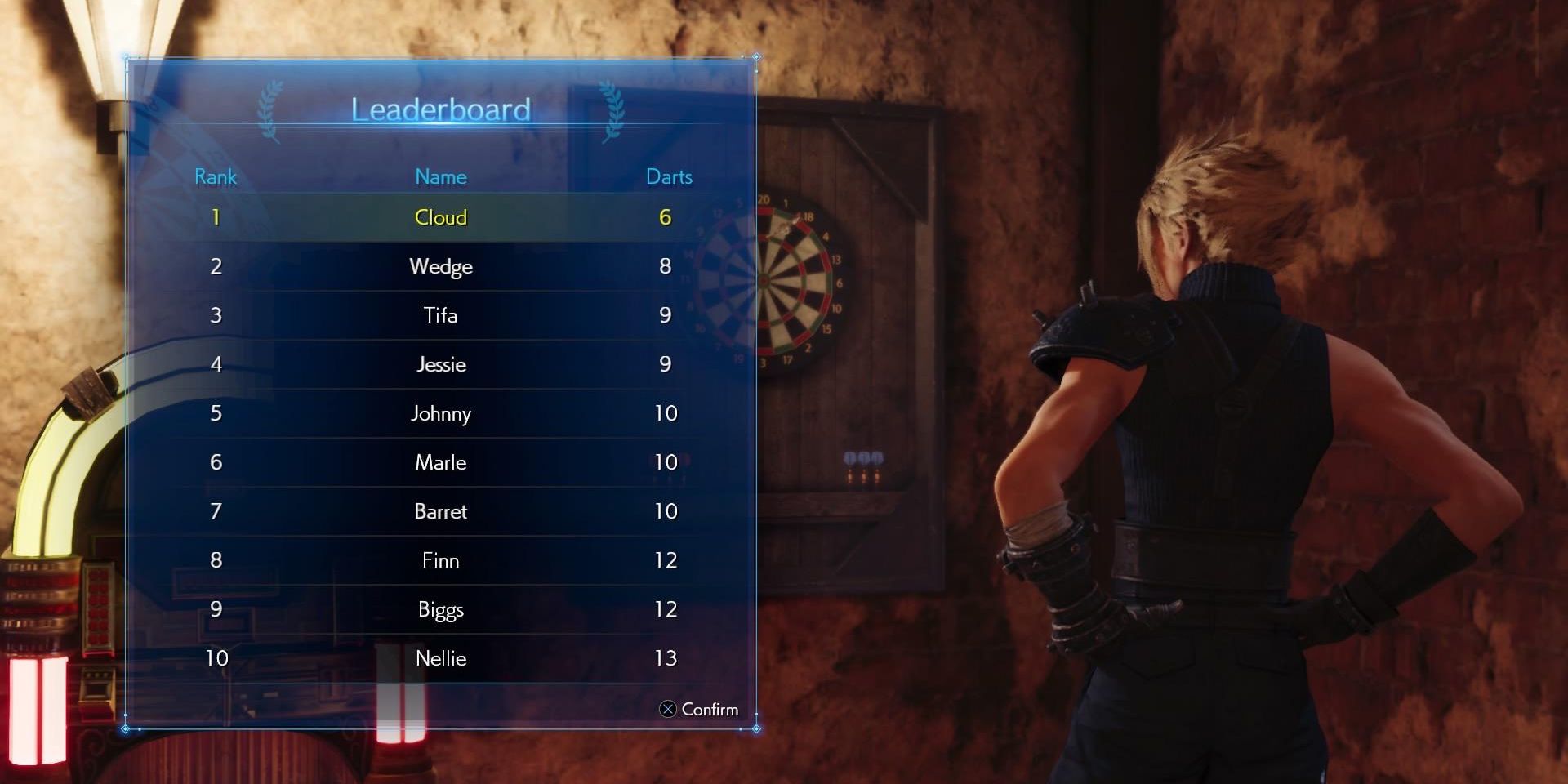 Players are able to play a round of 301 in Seventh Heaven in Chapter 3 while waiting for Tifa or towards the end of Chapter 4 after returning to the bar. Those who beat Wedge’s high score of eight throws will earn themselves an orb of Luck Up materia and also unlock the Heavenly Dart Player trophy. This might sound easy, but getting the proper technique down can take quite a bit of practice and there is very little room for error. With a better understanding of the rules of the game and a solid strategy though, it shouldn’t prove too difficult.

In order to complete the game you’ll need to score exactly 301 points in six or seven darts. The bullseye in the middle of the board is worth fifty points and the green ring that surrounds it is worth 25. In terms of the numbered quadrants, if you’re able to land a dart in the outer ring you will score double points while getting it in the middle ring will score triple. 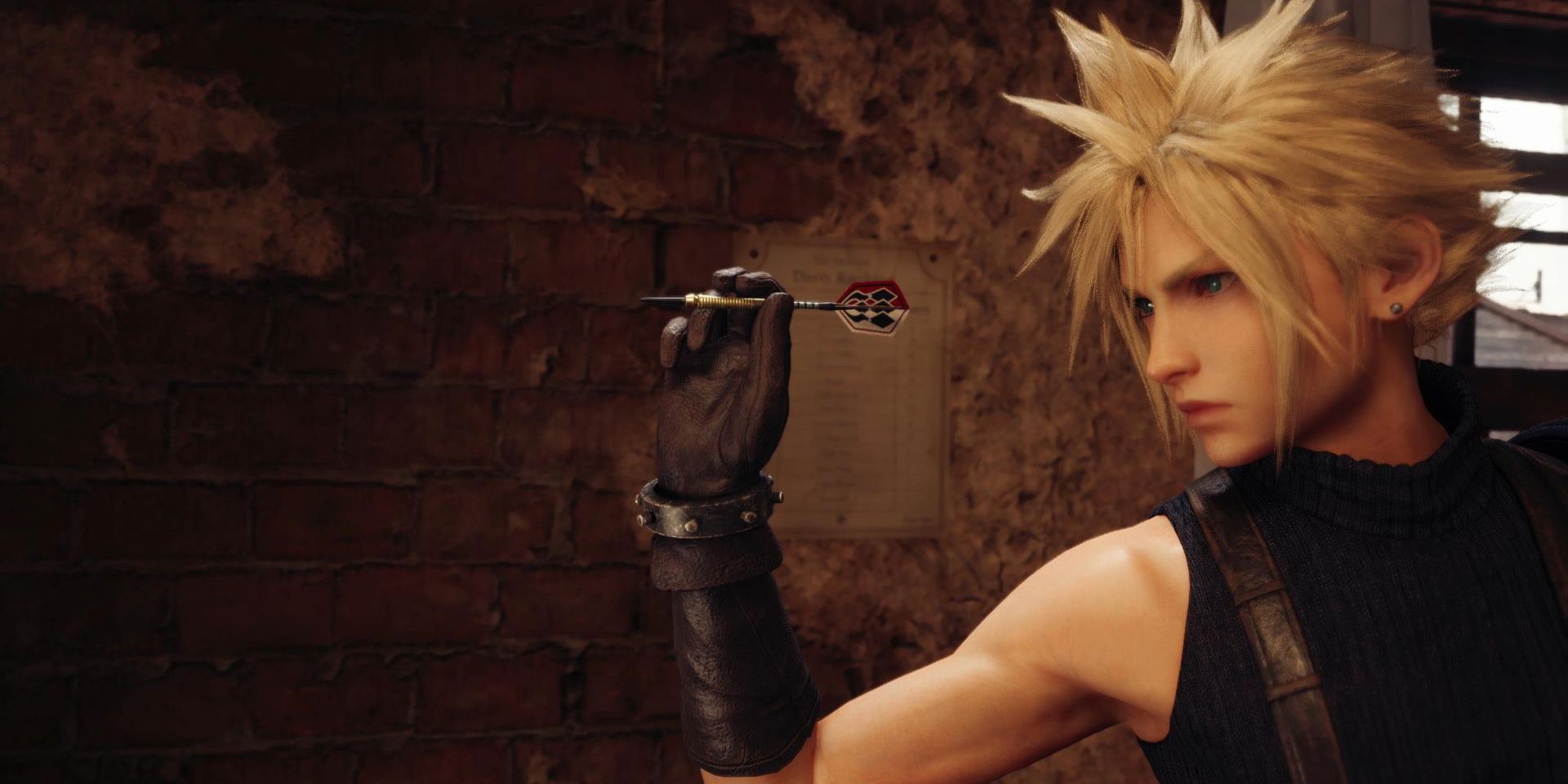 Unlike a regular game of 301, you won’t need to finish on a bullseye or a double, meaning there are a few different viable strategies. You could, for example, aim for five bullseyes and then a triple 17 or instead shoot for 5 triple twenties followed by a one. Whichever you target, just be sure to have a backup plan in case you miss one of your darts. Being able to recalculate on the fly can be very useful, although it’s possible to pause if you need to take an extra moment.

There are two things you’ll need to be aware of while playing. The first is the aiming reticule which you’ll be controlling with the left analogue stick. Try to make small movements when doing so though as it is incredibly sensitive. The second is the contracting blue circle which indicates how accurate the throw will be.

If you want the dart to go where you’re aiming it you’ll need to throw it when it is at its smallest right in the center of the yellow circle. Don’t worry too much if you miss it on the first time though as you’ll get two shots at it before the dart is thrown automatically. You can see how long you have left by looking at the outer circle which shrinks and changes color from blue to red as time begins to run out.

Try and place your thumb flat in the center of the analogue stick to give yourself better control over its movements and spend a bit of time getting used to its sensitivity. Rather than trying to move the reticle too quickly, don’t be afraid to use all of the time that you’re given in order to line it up perfectly. Once you’ve mastered the movements, practice until you’ve got the timings down so that you can hit perfect throws consistently as well.

Thankfully, restarting a game of darts is both quick and easy and so if you make a mistake in your first three darts it’s probably a good idea to just restart. You can afford to make one, but it’s better to save it until towards the end when possible. It’ll obviously vary from player to player, but you should be able to hit the target in about fifteen attempts or fewer at which point the trophy will pop instantly.

You’ll have to wait until the end of chapter four before you can get your hands on the Luck Up materia though.

NEXT: Final Fantasy VII Remake – How To Beat Jules At The Annoying Pull Up Contest 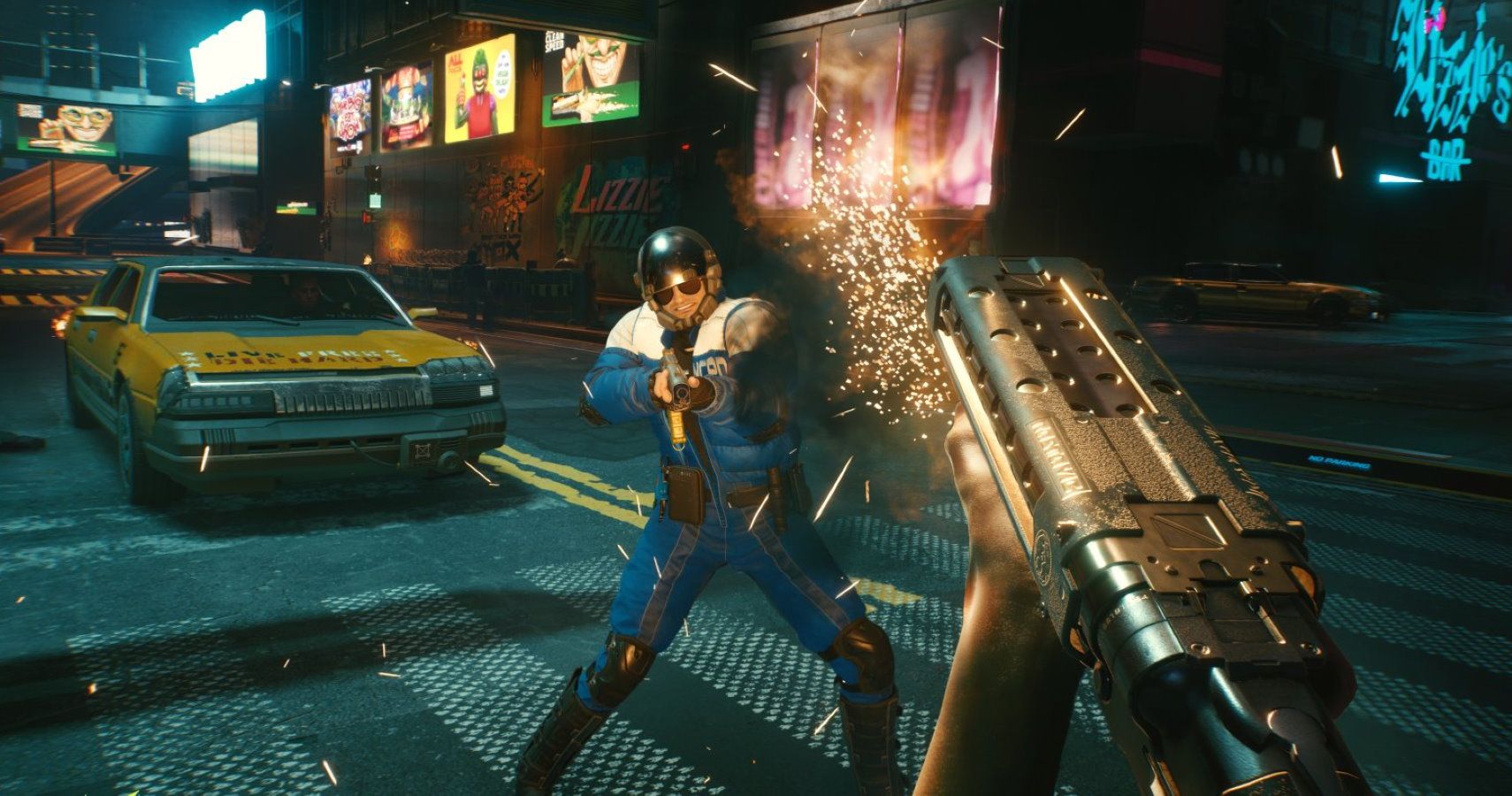