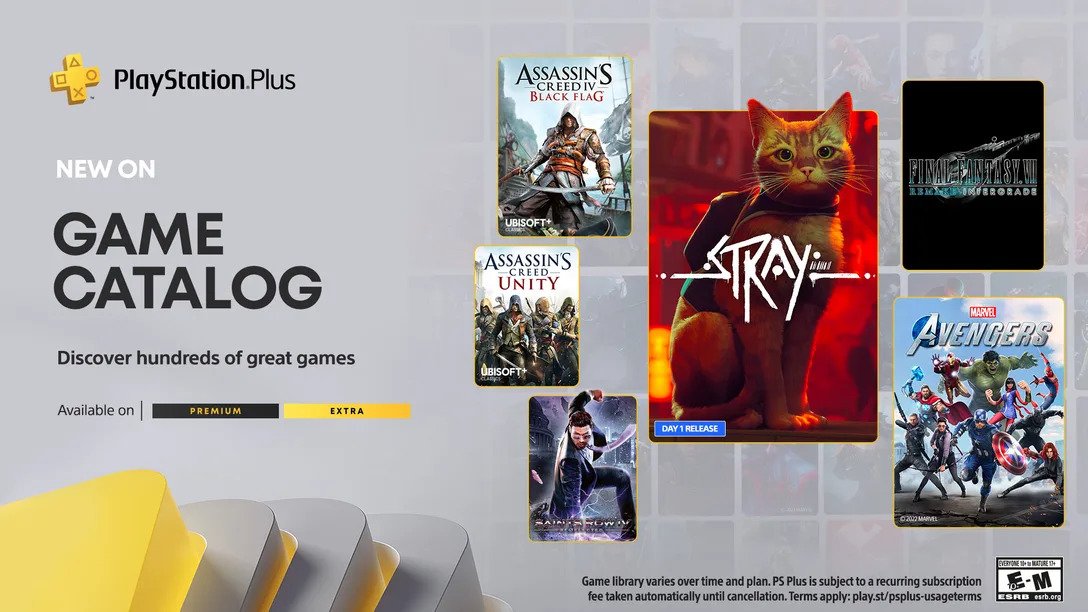 Sony is adding a bunch of new games to PS Plus Extra in July but there’s no new PS1, PS2 or PS3 games for Premium.

Since the revamped PlayStation Plus service only started in June it’s not really been clear how, and how often, Sony is going to update it.

Monthly additions to both PS Plus Extra (PlayStation 4 and 5 games) and Premium (retro titles) was what was implied and that’s just what will be happening, with subscribers due to get new games on Tuesday, July 19.

The two headliners for Extra are indie game Stray (the Annapurna published one where you’re a cat in a word of robots), which was already announced as a day one title, and Final Fantasy 7 Remake Intergrade – which is only a year old and a major PlayStation exclusive.

Other additions include Marvel’s Avengers for both PlayStation 4 and 5, plus five Assassin’s Creed games on PlayStation 4.

There’s also two Saints Row games and some much more obscure kids games and indie titles, but it’s not a bad line-up for Extra.

In terms of retro titles, there’s two new PSP games, in the form of the rather obscure No Heroes Allowed! and LocoRoco Midnight Carnival, and… that’s it.

There’s no new PlayStation 1, 2, or 3 titles being added at all this month, which is pretty disappointing and hopefully not a sign of things to come.