Music is such an essential component of the RPG experience. It accentuates the mood of emotional scenes, gives special places in the world like towns personality, and often pumps us up during intense battles. More and more JRPGs have received the vinyl treatment, providing cool designs and serving as a memento from our time with the game.  Whether it’s purely for aesthetic or for the fantastic soundtrack, here are five JRPG vinyls you shouldn’t miss out on. 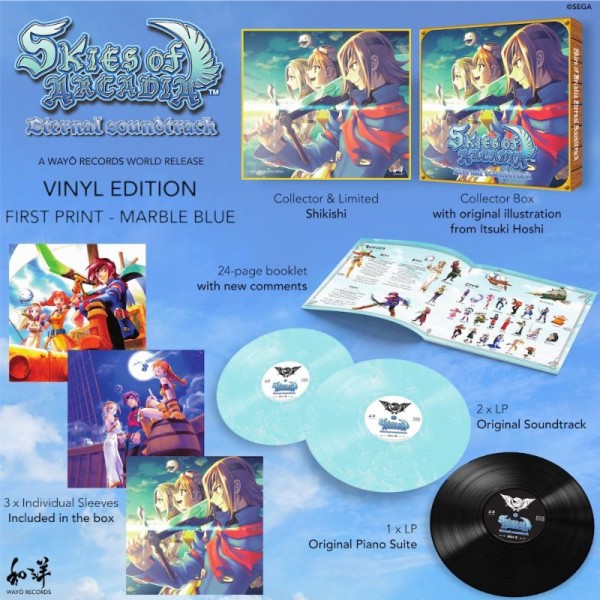 Coming up on its 20th anniversary, Skies of Arcadia is a beloved game that first made its way to Dreamcast, then Gamecube, and remains one of the more requested JRPG franchises for revival. Sega still hasn’t made those dreams a reality. At the very least, you have this great collector’s item that allows you to enjoy Yutaka Minobe and Tatsuyuki Maeda’s memorable melodies and be transported right back into the life of a sky pirate. The vinyl edition includes 30 tracks from the game on three LP discs and features brand-new artwork made especially for this edition by Skies of Arcadia’s original designer Itsuki Hoshi. You can find more out about it here. 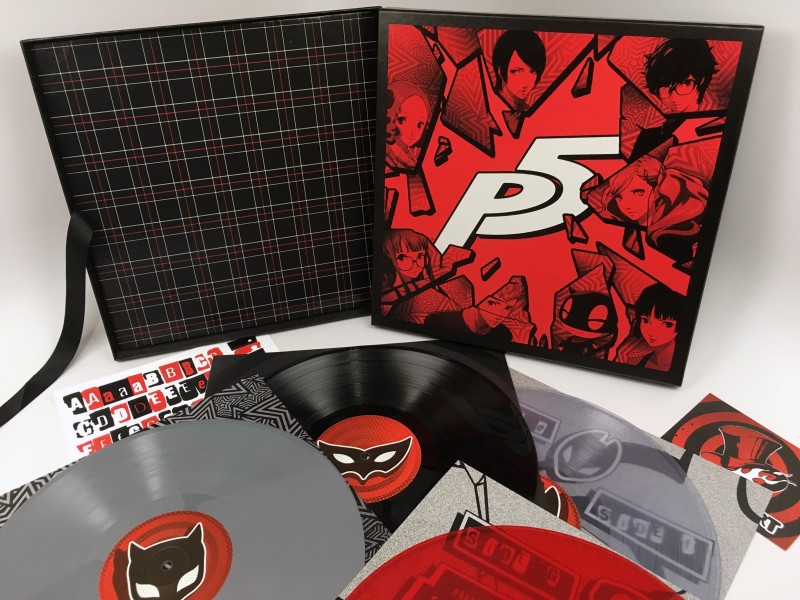 As a stylish RPG series, Persona adds even more life and personality with its fantastic music. Persona 5 is no exception. Its memorable score, filled with everything from pop to jazzy tunes, helps create Persona 5’s atmosphere and explore its larger themes. The vinyl has been a hot item, selling out almost immediately whenever it goes in stock. Just a quick look at the photo above will showcase why; the impressive art and extensive detail are hard to miss. The vinyl incorporates Persona 5’s school and Phantom Thief life alongside its red and black color scheme to make an impression that’s as strong as its music.  You can find out more about it here.

Outside of the eccentric mind of creator Yoko Taro, Nier’s music is one of the most talked about and revered parts of the experience. As Taro put it so eloquently in one of our interviews: “It’s almost like the game is a slave to the music in a lot of ways. The emotions that are created in the players themselves are [a result of the music] and the game just sort of follows along behind that.” For this special vinyl edition, you get four LP records with 35 tracks that were selected by composer Keiichi Okabe. The beautiful artwork on the package was drawn by Sui Ishida, the creator of Tokyo Ghoul. Interested? Thankfully, this Japanese import can be ordered off of Square Enix’s official store. 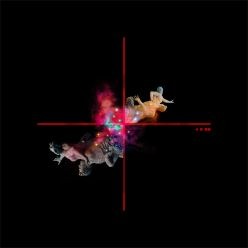 Look, if you’re a JRPG fan, I don’t have to tell you about the brilliance of Yasunori Mitsuda. Before Xenosaga and Xenoblade, Xenogears started it all and Mitsuda lent his talents to make it truly something special. This vinyl edition was released to commemorate the 20th anniversary of Xenogears and contains remastered “Revival” tracks and songs from the arranged CDs “Creid” and “Myth.” These were selected under the supervision of Mitsuda. Head to Square Enix’s store if it’s a must-have for you. 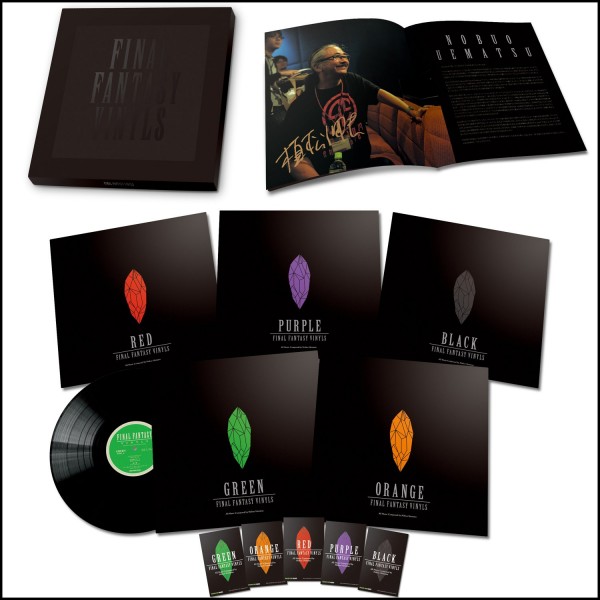 The Final Fantasy series has graced us with wonderful music throughout the years. Everyone has their favorite tracks and games from the series, and this vinyl collection has you covered in more ways than one. Spanning across five discs, the vinyls features 30 remastered tracks, supervised by legendary series composer Nobuo Uematsu. The vinyl was released in 2012 and has music from the very first entry all the way to Final Fantasy X. It’s definitely the best way to capture an iconic era of Square.