Flesh and Blood has made its latest scheduled banned and suspended announcement, as two of the game's most popular Adult Heroes are confirmed to be getting the chop. Chane, Bound by Shadow; Bravo, Star of the Show; and Chane's signature weapon – Galaxxi Blade – have been banned from tournament play, becoming the first Adult Heroes to attain Living Legend status.

For those unaware, the Living Legend system allocates points to heroes based on how many times it wins certain types of tournaments. Once a hero reaches a certain threshold – 1000 points for Adult Heroes and 500 points for Young Heroes – and remains above that threshold until the next booster/expansion release date or scheduled banned & suspended announcement, the hero is given Living Legend status and is banned from tournament play.

While both heroes are the first to attain Living Legend status, their bans aren't too surprising considering how popular they are. Chane, Bound By Shadow was dominant from pretty much the moment he was released and Bravo, Star of the Show was considered one of the best heroes in Constructed due to his versatility and high attack power. 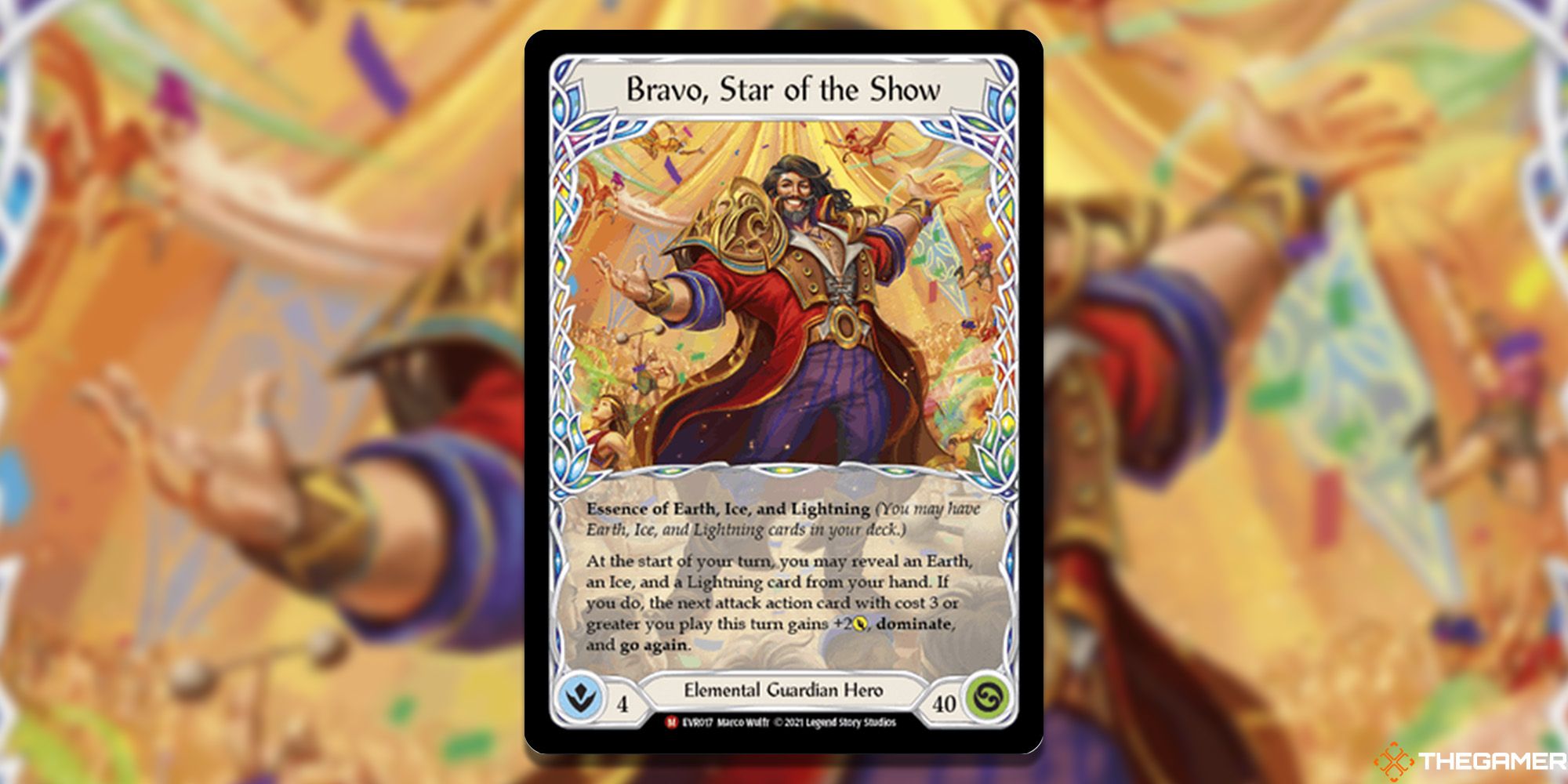 Apart from that, Flesh and Blood has also announced that roll of honor articles that will celebrate all the players that were responsible for Bravo and Chane reaching Living Legend status will be published next week, and will also be embedded into their hero pages. Other changes announced are that Autumn's Touch and Seeds of Agony are no longer suspended from Classic Constructed, Crown of Seeds has been suspended from Blitz until the next banned and suspended announcement after Skirmish season 5, and Ball Lightning and Belittle have been banned from Commoner due to community feedback.

We also got a date for the next banned and suspended announcement which is now confirmed to take place on August 30. As for who might be up for the chop next time around, Prism, Sculptor of Arc Light is currently on 848 points so is definitely approaching the Living Legend threshold. We'll have to see what transpires over the next couple of months.