Announced last week for a release just in time for Halloween, the Necroids Species Pack brings yet another add-on to spice up the Stellaris experience with some zombie love. Sort of. We’re not entirely clear on the mechanics of the Necroids, but judging by the new species Origin shown in the trailer, it seems like there’s at least something alive but deathless that is reanimating a bunch of dead husks to do their bidding. 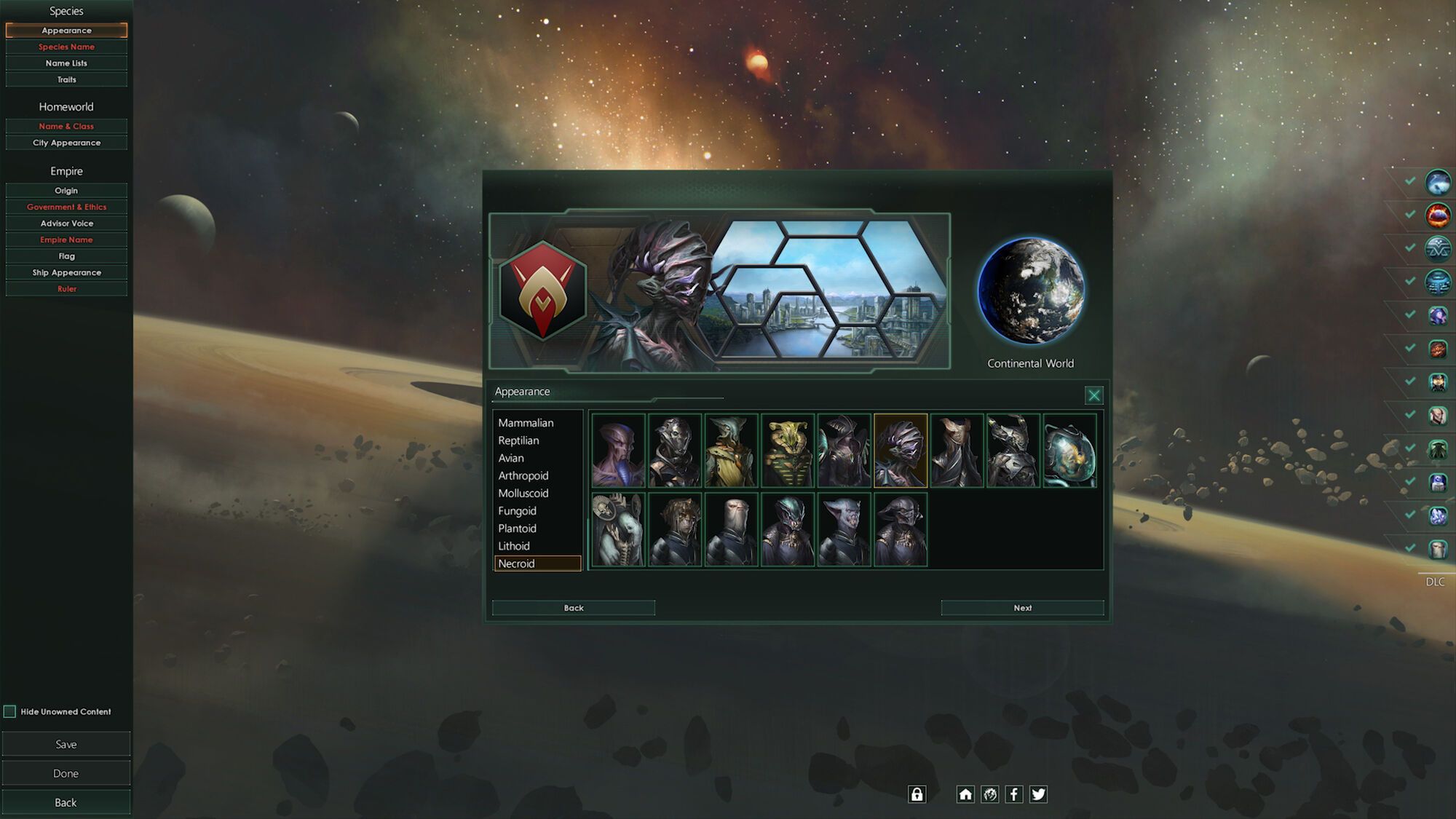 Along with the new origin, Necroids get all-new portraits, ships, city/diplomacy rooms, name lists, building appearances, and an advisor voiceover. Those portraits look an awful lot like undead versions of several other species already represented in Stellaris, so you can sort of see where this is going.

Necroids also get three all-new Civics that sort of make their empire out to be a giant death cult. Case in point, the Death Cult Civic allows rulers to make powerful edicts at the cost of a blood sacrifice. Reanimated Armies allow you to field an army of immortal undead soldiers, while Memorialists let rulers improve empire stability by honoring tomb worlds.

Probably the best part about playing Necroids is never having to worry about your ruler keeling over after reaching the ripe old age of 154. There’s always another way of evicting a stale leader if you really need to.

In another Paradox game, Crusader Kings 3, modders have gotten into the spooky spirit by afflicting their medieval rulers with every disease known in the old world. The result was a horrible zombie that is likely begging for death, which makes them the perfect fit for the Necroids.

Stellaris’ Necroids Species Pack is available now on the Paradox store and Steam.