Second Dinner, the studio formed by former Hearthstone lead designer Ben Brode, has finally announced its first game: Marvel Snap. Based on the comics and movies, Marvel Snap will bring together teams like the Avengers, X-Men, and Guardians of the Galaxy in a collectible card game for mobile devices.

Described as "the fastest CCG [collectible card game] ever", Marvel Snap is intended to be played in short, "action-packed" bursts, where games last on average around just three minutes. It will also receive monthly updates to add to its expanding card pool or heroes, villains, and high-tech equipment.

Unlike other CCGs, like Hearthstone or Legends of Runeterra, there's no turn order in Marvel Snap. Instead, both players act simultaneously to remove the waiting time of sitting through someone else's turn. The decks are designed with this speed in mind by being dramatically smaller than other games, being just 12-15 individual cards. However, these decks are singleton – you're only allowed one copy of a card in a deck to ensure, according to Brode, "the same amount of strategic depth."

In each game, your goal is to collect as many 'cosmic cubes' as possible across three distinct playing fields. The "Snap" of Marvel Snap is an action you can make in-game that "doubles the stakes" – use it when you think you're winning, and the amount of cosmic cubes you collect will be doubles. If you lose, though, you'll also lose twice as much. The first player to take two of the three areas and their cubes in the game – however, an opponent may tactically concede one area to build up their resources and defence in another, giving it the flow of the game a hectic, mindgames-focused slant. 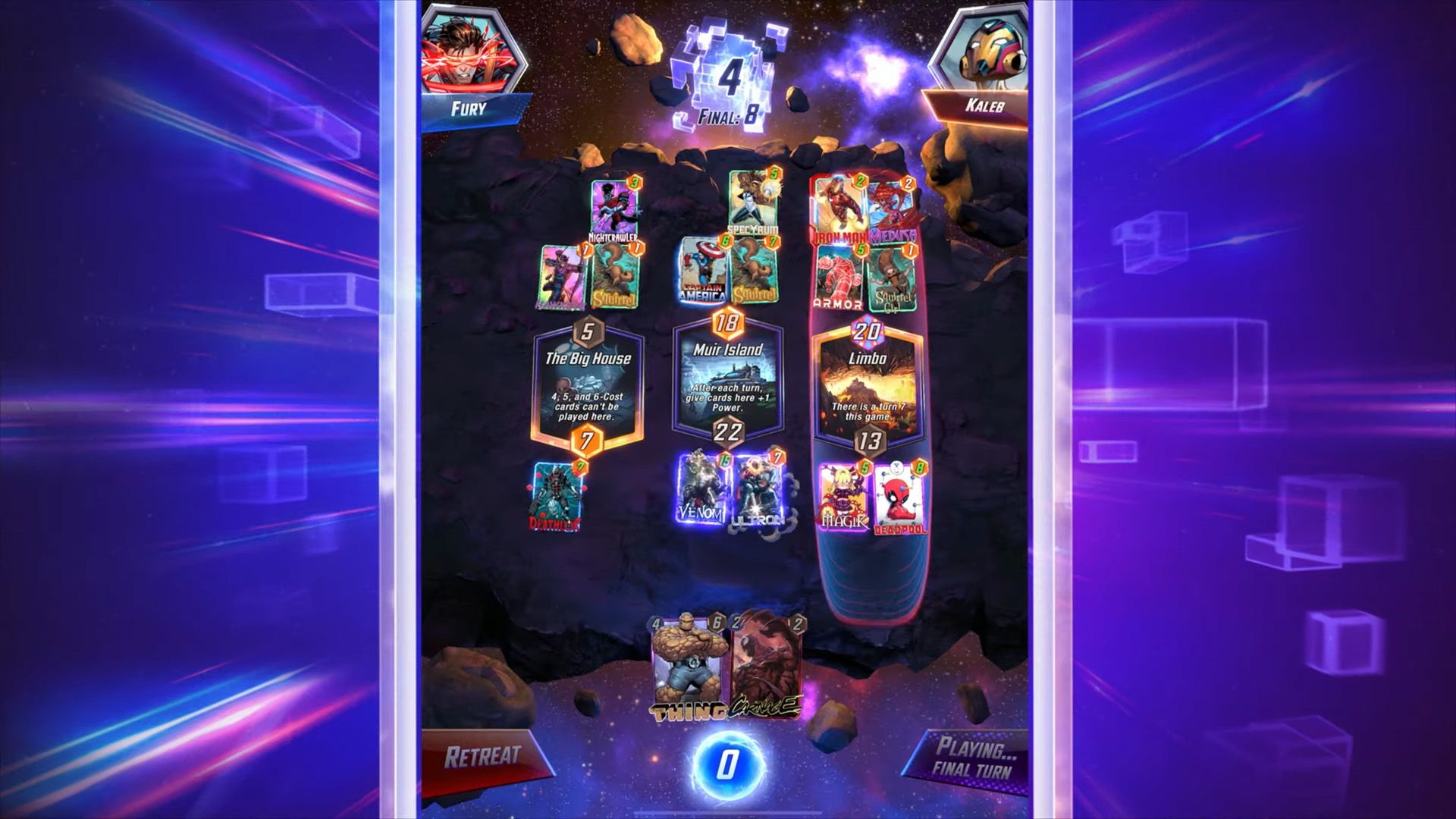 At launch, the game will include approximately 150 cards. Characters range from the popular, like Star Lord, Carnage, Storm, Gamora, Wolverine, and Groot, to the more obscure like Goose, Quake, Multiple Man, and Shocker. Many of these cards will have variant art styles to collect, and new characters will be added in monthly updates. According to Second Dinner, it was an important goal in development to ensure that every card is freely available, and can be earned through playing the game. However, it didn't go any more in-depth about microtransactions and other monetisations. 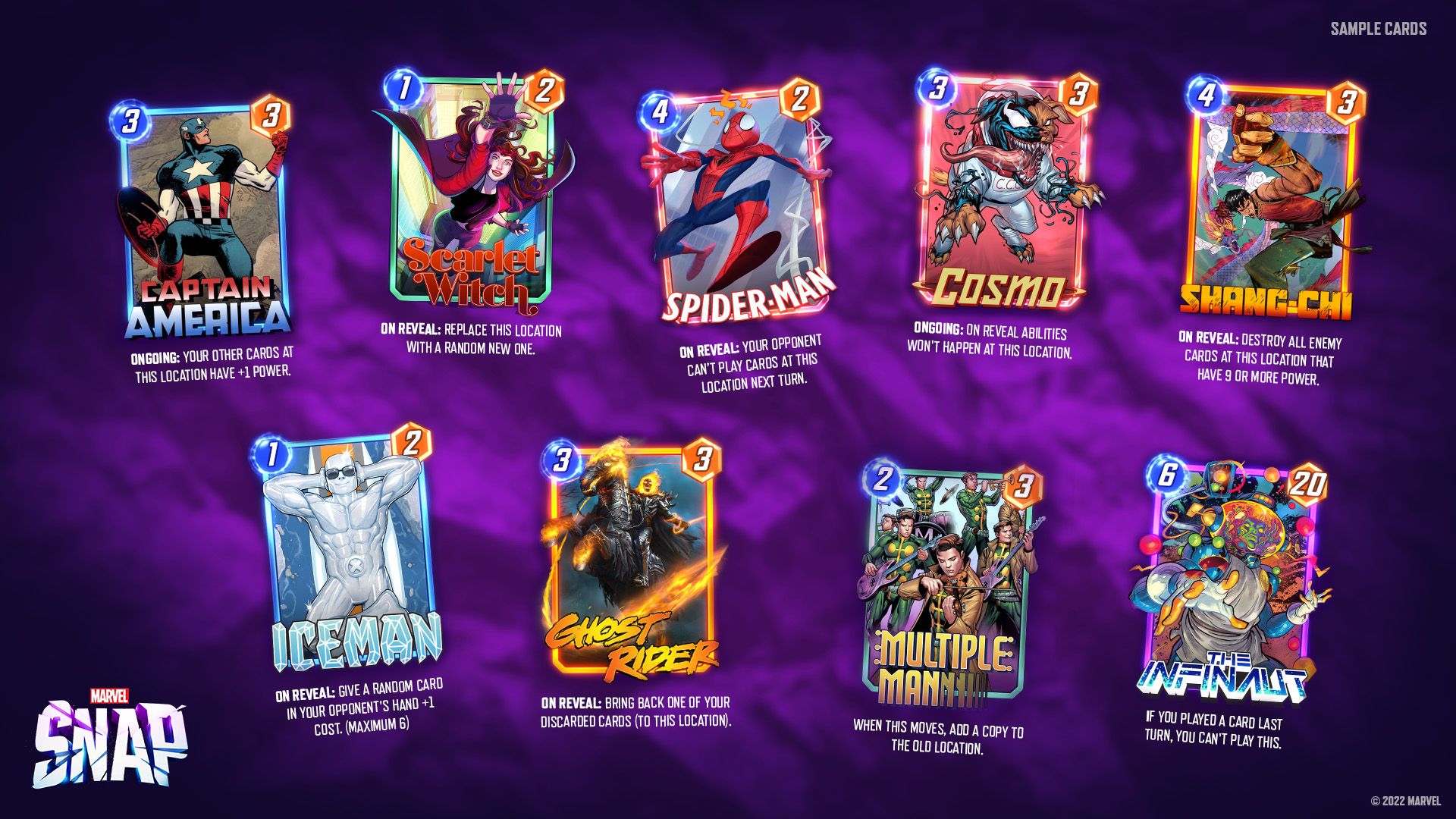 Ben Brode is mostly known as the former lead designer of Hearthstone, and his work on the game is considered by many to be Hearthstone's golden era. He left Blizzard in 2018 to form Second Dinner, and in 2019 acquired the Marvel license and $30 million in funding from NetEase. However, Marvel Snap will be published instead by Nuverse, who publish other mobile games like Warhammer 40,000: Lost Crusader and Ragnarok X: Next Generation.

Android players can sign up for a closed beta today through the official site, and it will also be available on iOS and PC when it launches later this year.