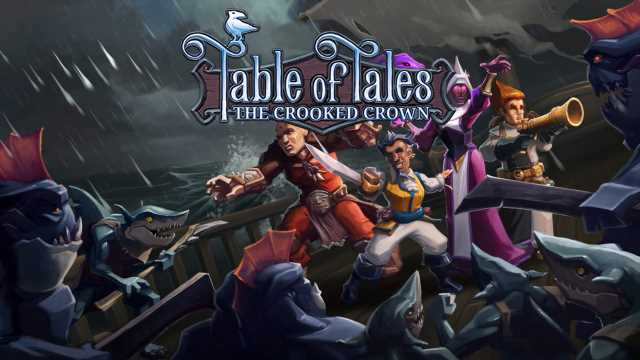 Table of Tales: The Crooked Crown is no longer a PSVR exclusive – it’s coming to PC VR headsets later this month.

Developer Tin Man Games recently confirmed as much. Table of Tales will touch down on SteamVR on September 15, where you’ll be able to play it with pretty much any SteamVR supported device but also on flatscreen. It’ll cost $24.99, though there’s a launch discount of 10% too.

As the name suggests, the game simulates a tabletop RPG in VR. You can expect traditional elements like controlling a party of scoundrels in a world that mixes magic with pirates. But VR is also used to augment the experience, presenting new boards on the fly. Oh, and you have a talking bird companion, just in case you were wondering.

We reviewed Table of Tales back in 2019. “PSVR has really come into its own in recent years, and Table of Tales is a flawed yet unique jewel in its crown,” we said, giving the game 7/10 (yes we used to use that scoring system). “The simple act of playing an animated board game in virtual reality is compelling, strengthened by liberally sprinkling the game with some very clever choices for the player. If you’re looking for something new that emphasizes entertainment over challenge, this is for you.”