After the long trek that makes up the majority of Chapter 4 of Forspoken, Chapter 5 is much shorter. That isn't to say it's easier, though – this chapter holds Forspoken's first big boss fight, and it's quite a doozy if you haven't been leveling up and getting prepared for such an encounter.

The assault on the capital of Praenost, the castle town itself, can also be arduous if you're not prepared. There's a lot of platforming and climbing to contend with, and plenty of enemy knights to ruin your day if you let them. 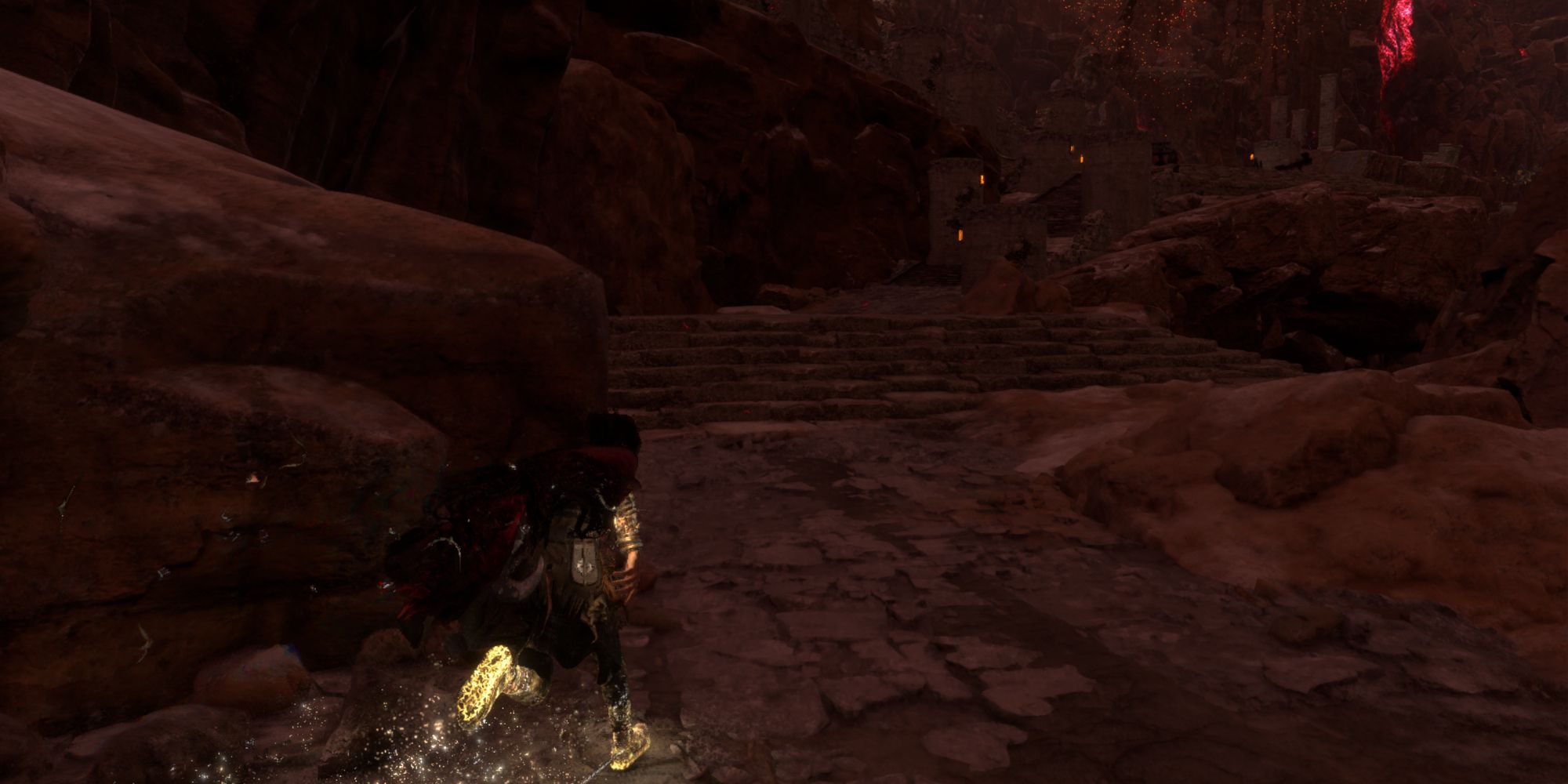 When the chapter starts and you gain control, start moving south – you'll be able to explore Pioneers' Plain quite safely now, without fear of another Breakstorm occurring. Be wary of the long falls that the game warns you about, though – this area is filled with sheer cliffs and difficult climbs, try not to fall if you can at all help it.

Your first destination should be the Belfry in the middle of the area – once you visited here and obtained the Fast Travel point associated with it, you can stop fearing the long falls – if you fall to the lowest level, you can just Fast Travel back to the Belfry.

To the south is your destination, Praenost Castle Town, but before doing that, we recommend heading to Fort Virtus to the east. Taking out the enemies in this fort will grant you a very large experience boost – so much experience for so little effort can only be a good thing. 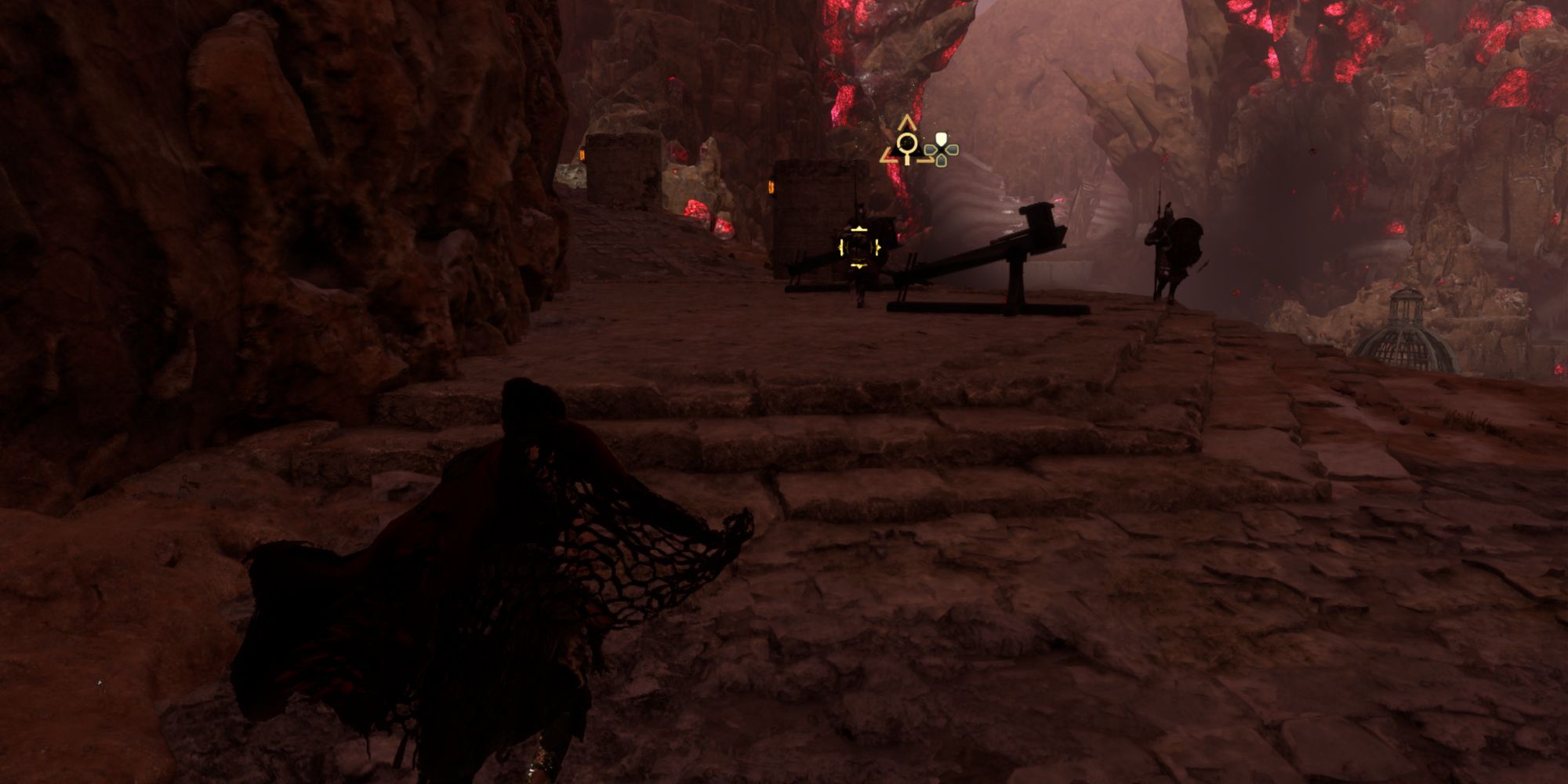 As you climb the hills toward the Castle Town, you'll be pelted with fireballs. As long as you're constantly using your Magic Parkour skill to move around, you shouldn't get hit by any of them, but it's good to be wary of them. Eventually, you'll start reaching the Errant Knights firing the fireballs from ballistae – kill them to make the journey to the top safer. You can't destroy the ballistae, but the Errant Knights won't respawn.

When you reach the town gates, you'll be confronted by a group of Errant Knights. Defeat them to obtain some Odvaha Ore, which will be used in an upcoming side quest in Chapter 6. Now you can enter the gates. 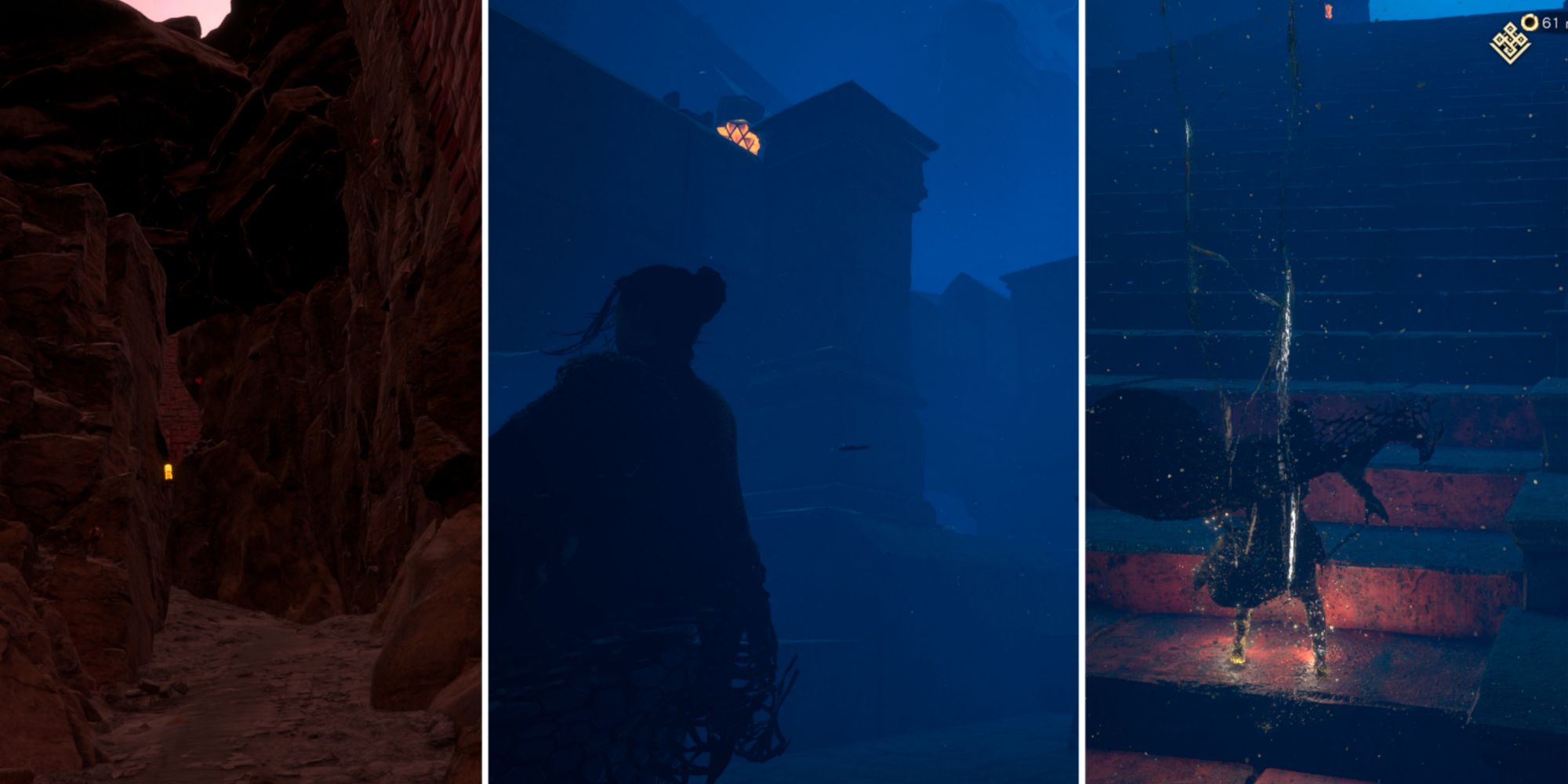 This large town has a ton of enemies to face and chests to loot. When you arrive, witness the scene in which Frey and Cuff discuss their plan of attack and then rest at the Refuge. Make sure you're stocked up on Healing Draughts, and check to see if your equipment can be upgraded – you'll want the highest Purple Magic stat that you can muster in the upcoming boss fight.

Despite the hint that you can actually choose your plan of attack, you can actually only get to the throne room via the side passage route. If you head to the main gates, you'll be attacked by a group of Errant Knights and a Recreant Knight, and you'll find that the gates are blocked by fallen rubble. 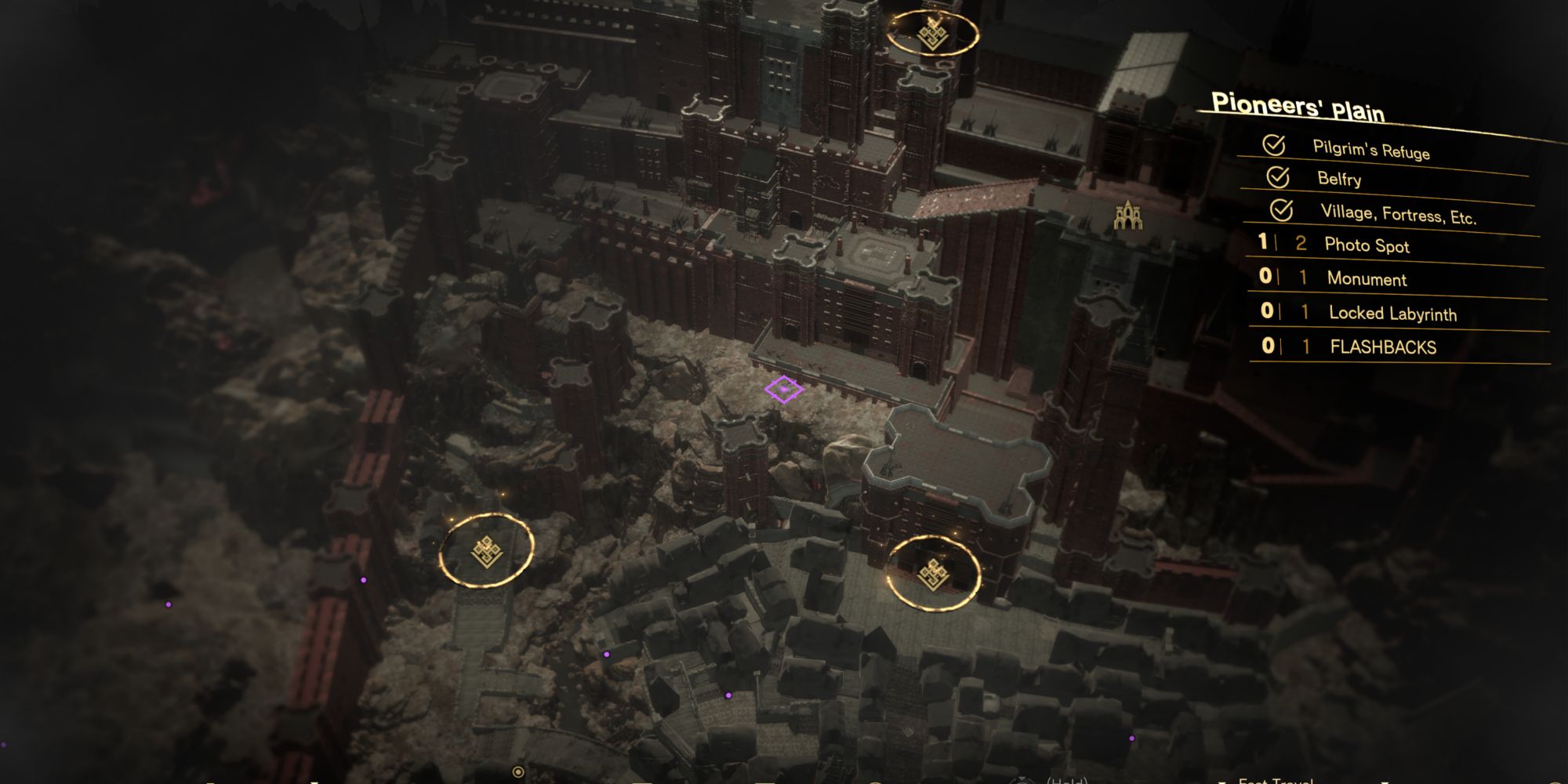 Head to the map marker indicating the side passage. Climb the slopes, dealing with the annoying Teratornis as you go – the best way to get rid of them would either be the Disperse Support Spell or a few seconds of concentrated Scatter Shot. Eventually, you'll reach the castle side and a ladder – climb the ladder and continue on until you reach a Breakstorm.

In the storm, dash toward the map marker. When you reach it, you'll be attacked by yet another group of Errant Knights led by a Recreant Knight. Take out the Errants first, as they will end up complicating your fight against the Recreant. For beating this group of enemies, you'll unlock the doors to the castle and be rewarded with the Aftershock nail design, which boosts your spell damage and gives your Killer Blows a damaging shockwave effect.

Don't be quick to equip these nails! They will not be useful in your next fight. 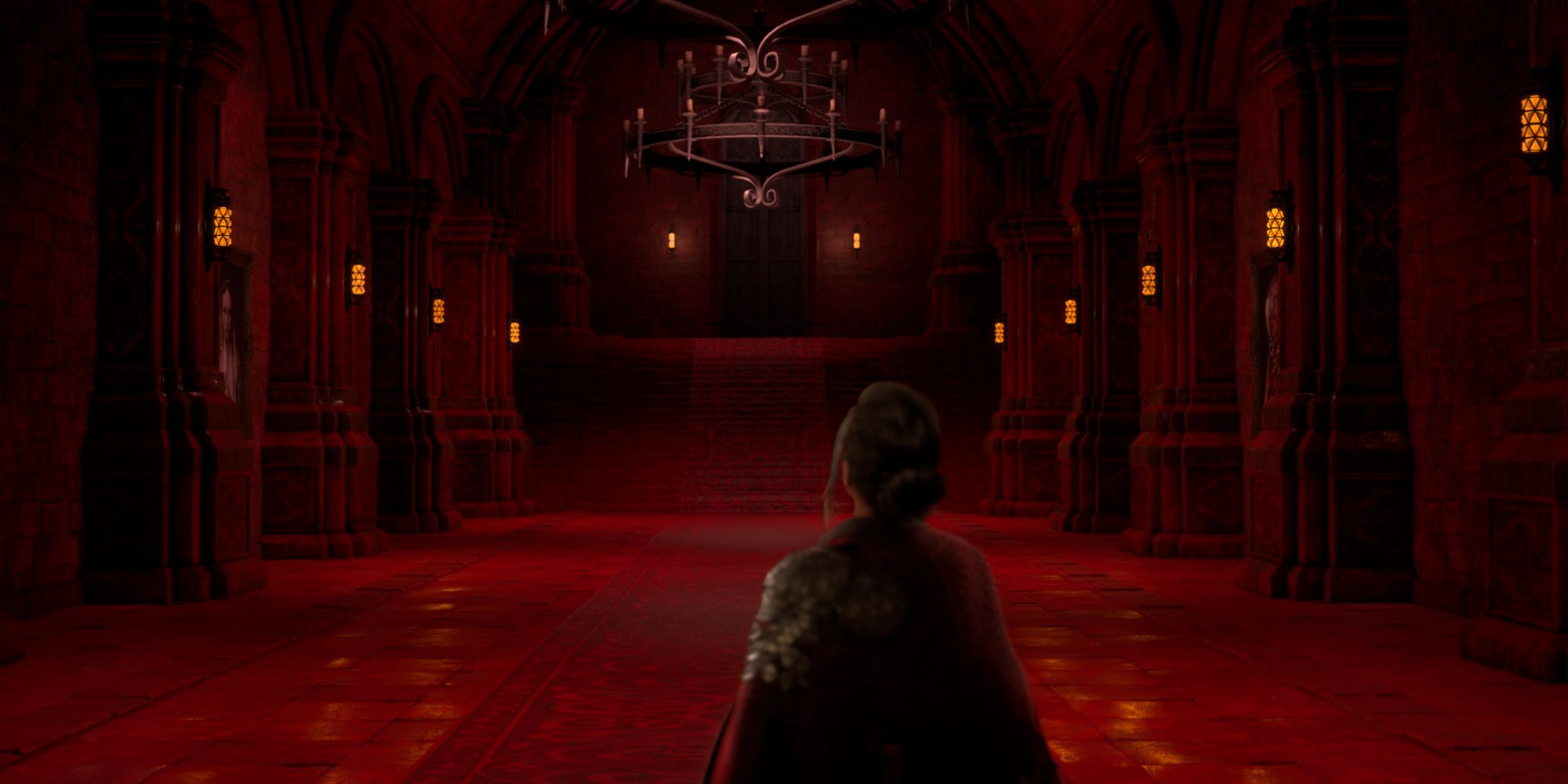 Directly above you in Castle Praenost, you'll find a chest on the second level. From there, head to the left from the top of the stairs toward the map marker. After the cutscene, examine all of the paintings in this hallway to learn more about the four Tantas of Athia, and then head to the door in front of you to meet Tanta Sila in the flesh.

How To Beat Tanta Sila 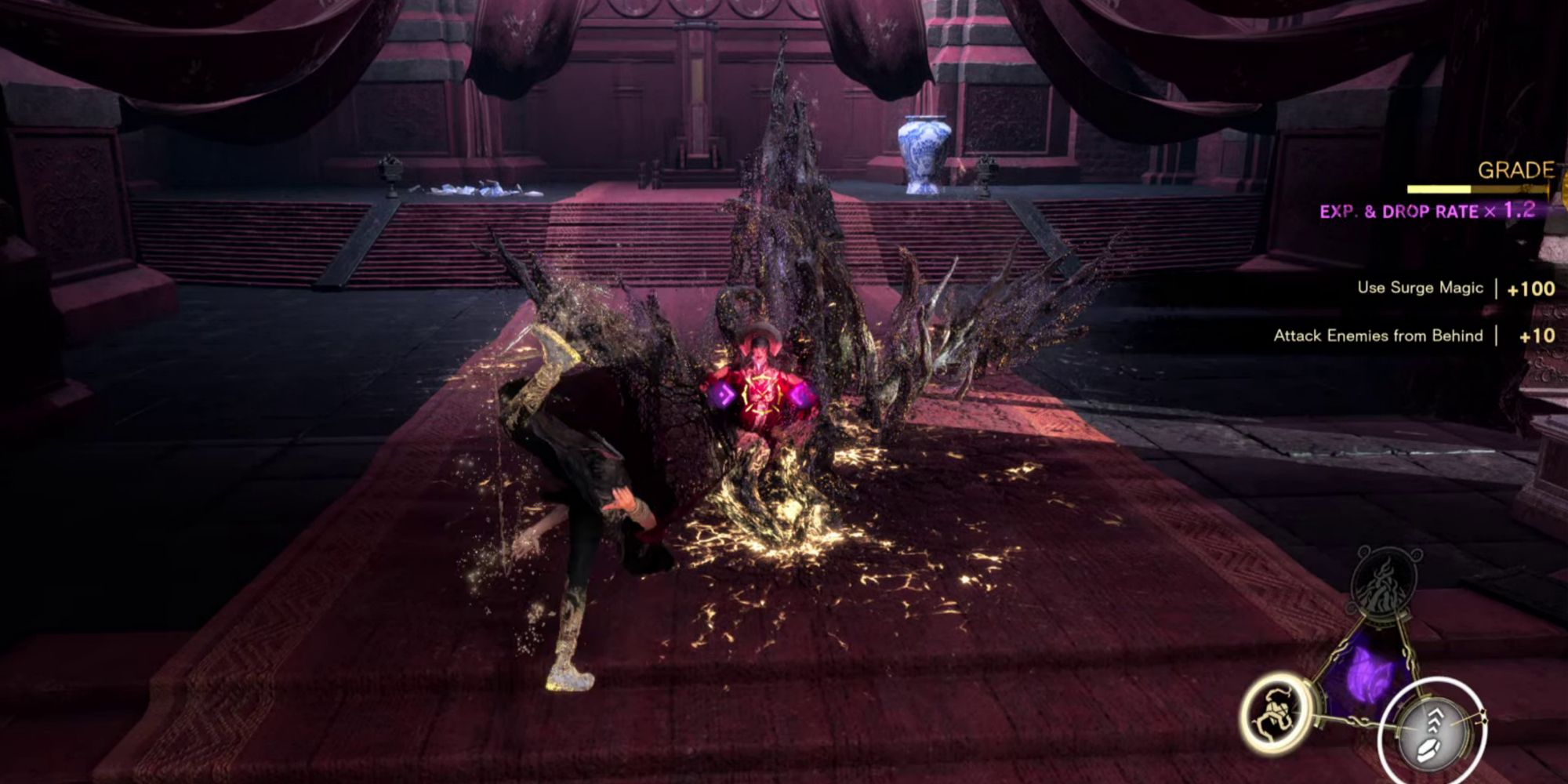 Tanta Sila has three phases. In the first phase, Sila has pretty basic attacks to contend with.

The first phase of the fight is over pretty quickly as long as you keep your offense up – there are plenty of openings to shoot Tanta Sila with attacks – using charged Burst Shots has a good chance of knocking her down and ready for a Killer Blow, so use that to your advantage. 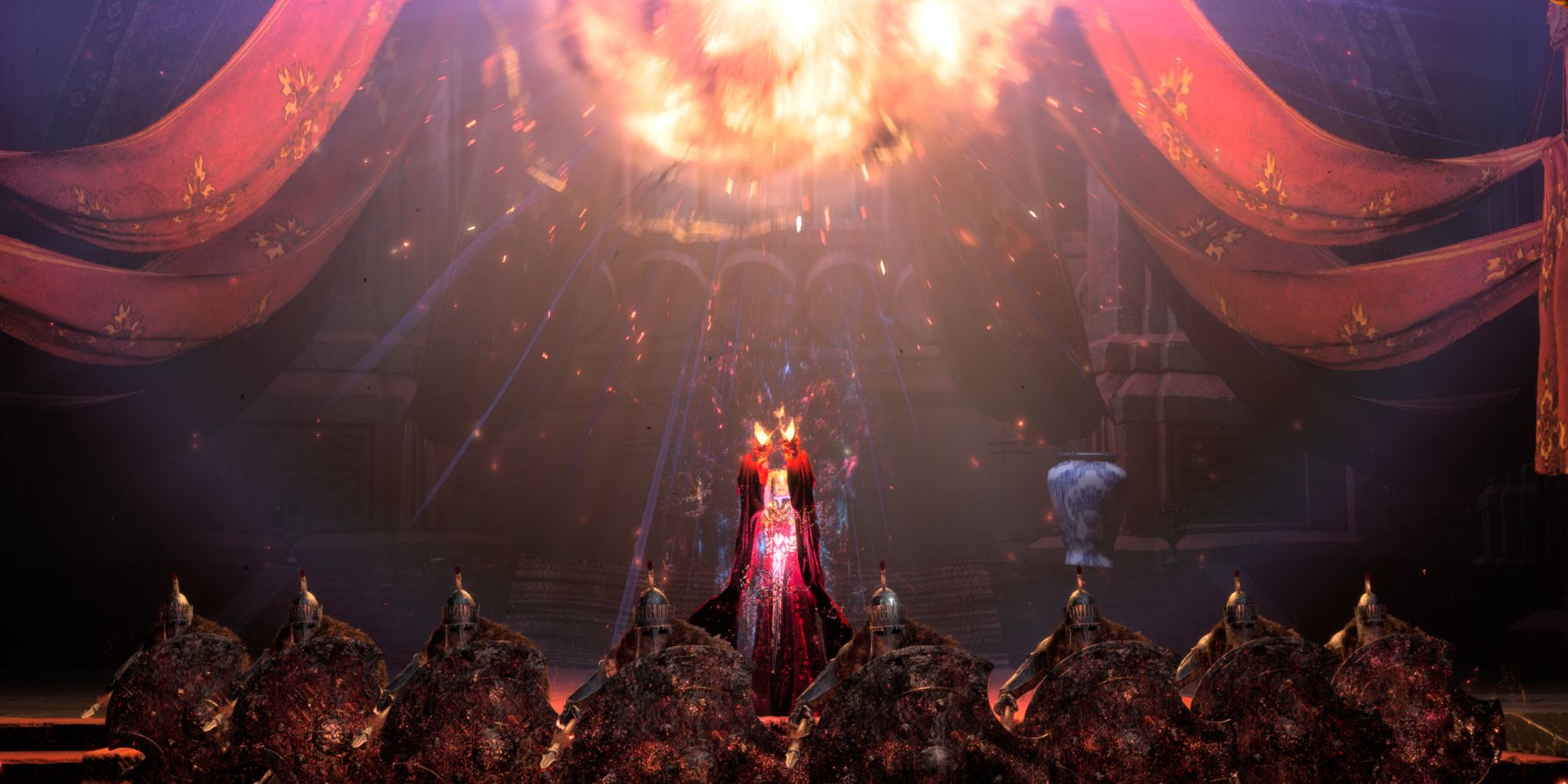 When you get Tanta Sila to about half health, a cutscene will interrupt the fight and she will summon eight Errant Knights into the battle. In addition, Tanta Sila gets some new tricks.

This phase is very hectic, to begin with thanks to the addition of the Knights and Sila's speedy new melee attacks. It's a good idea to take out the Errant Knights first, as they will be able to interfere with your fight against Sila very easily – remember to strike them from the back to deal maximum damage.

The best time to hit Sila is after dodging her spear attacks and from afar when she's stuck in her axe attack animation. To be safe, don't try to attack her during the barrage of fireballs attack. 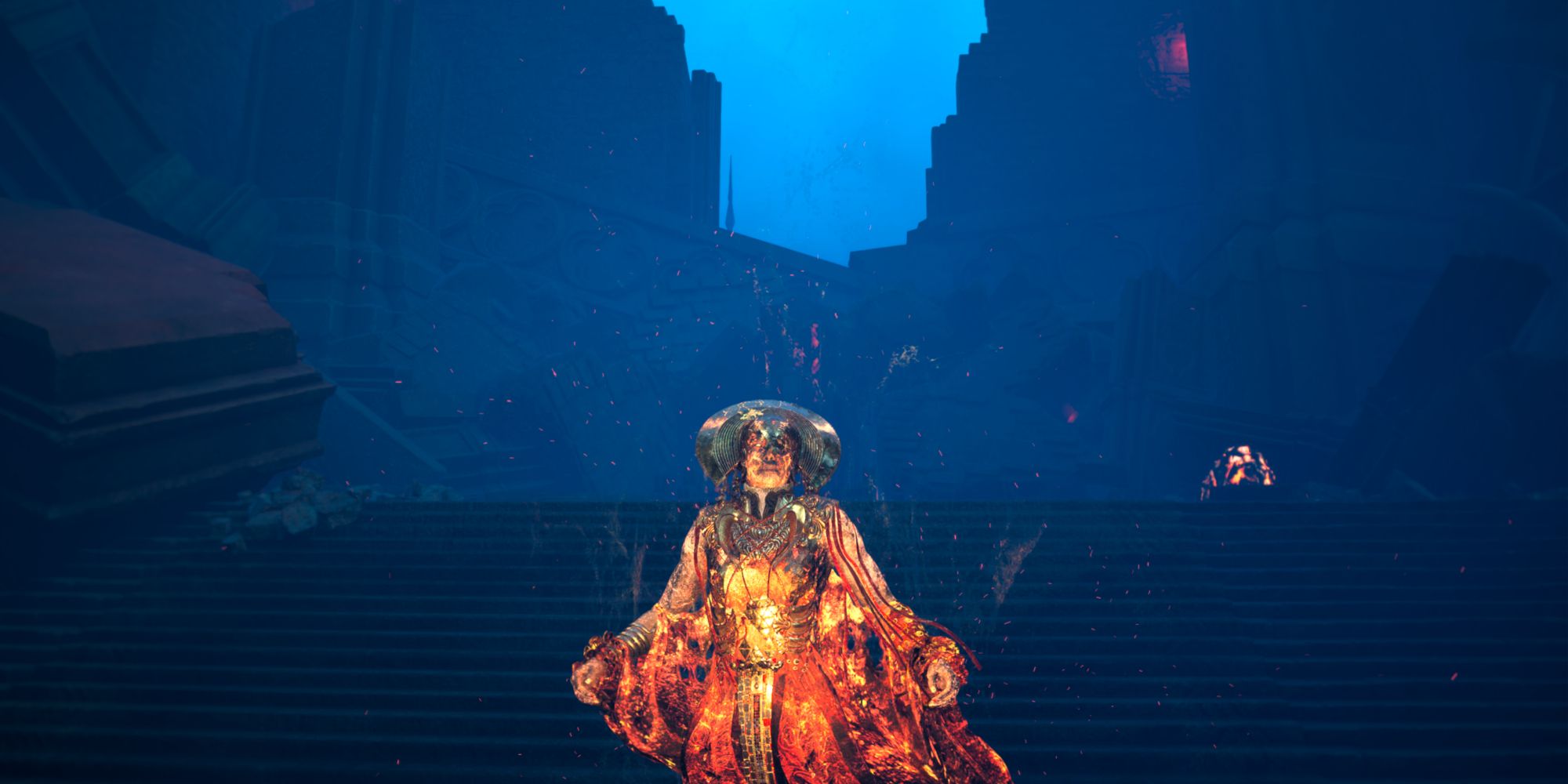 Once you get her down to around 30 percent health, another cutscene will occur and you'll enter the third phase of the fight. In this phase, Tanta Sila is actually a new enemy named 'Tanta Sila Enraged' in the archive. As a result, she is fully healed back to 9,000 health and has a new roster of attacks. 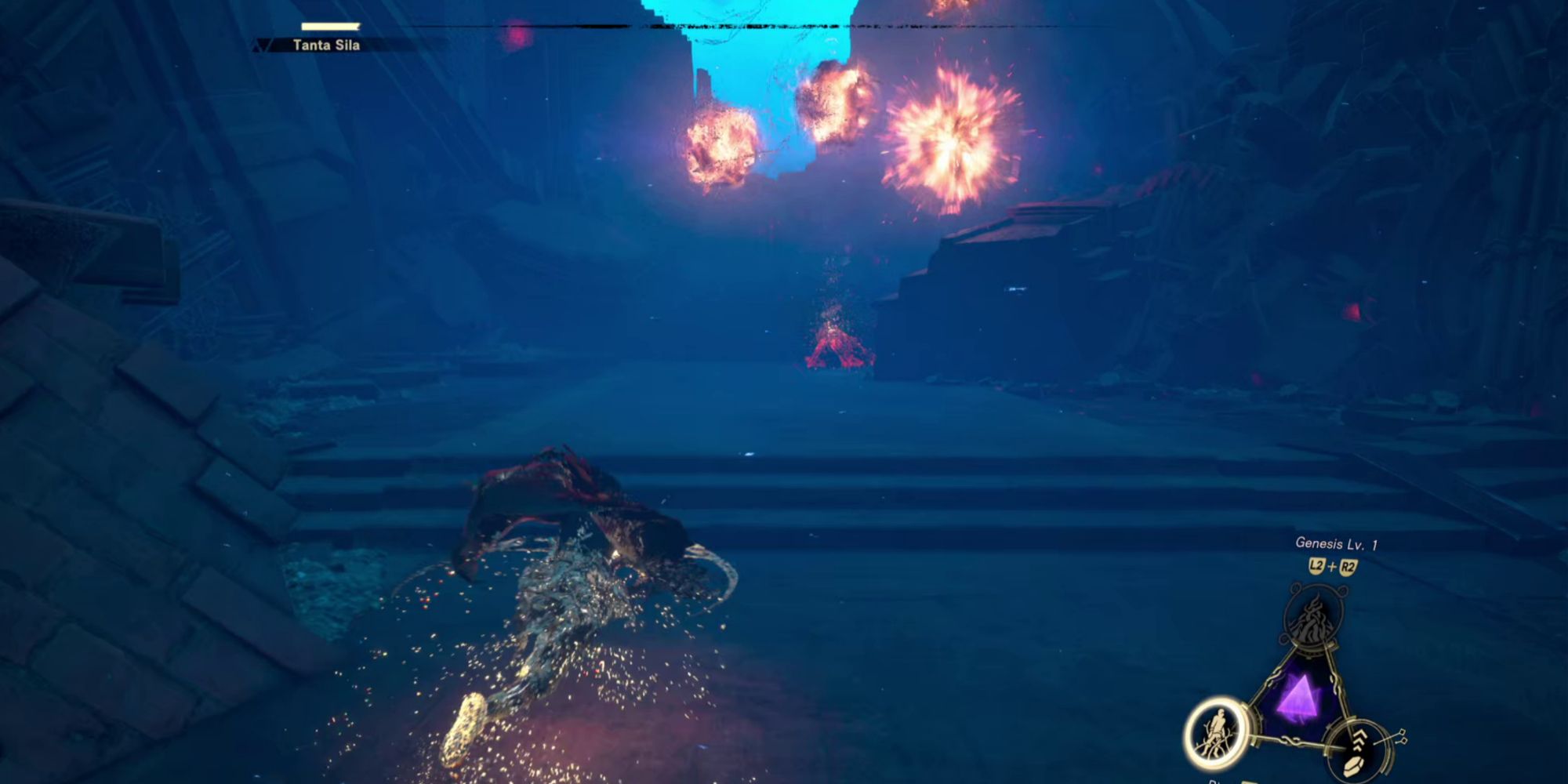 The key to this fight is staying aware of what's going on around you and paying close attention to the attacks that Tanta Sila is using. She has great options for damaging you both at close and long range, so you'll always need to be wary and make sure she's in your sights at all times. As in the previous phase, the best time to attack Sila is directly after she's finished an attack of her own, as her attacks all have a cooldown window.

All in all, this shouldn't be too tough a fight – as long as you learn each of Tanta Sila's attacks and how to avoid them, and then learn the best times to counterattack, the battle should be over in good time.

After winning, you'll gain access to Sila's Magic, the Red to Frey's Purple. This lets you use Sila's weapons and spells, along with the Zip ability, which will vastly improve your ability to move around the world of Athia.