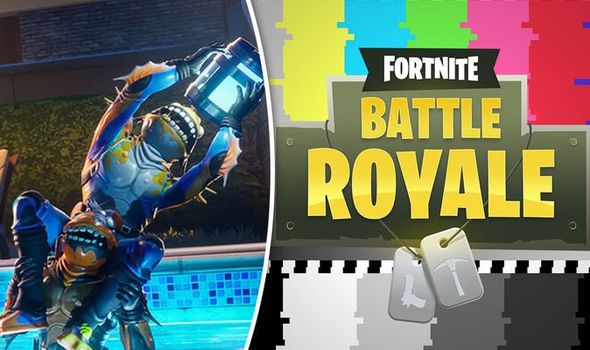 The latest update brings back two fan-favourite locations from a bygone era of Fortnite.

Following the appearance of Rift Beacons above Paradise Palms and the frozen lake near Polar Peak, Epic has re-introduced Greasy Grove and Moisty Mire.

Now known as Moisty Palms, the new zone actually lets players disguise themselves as a random prop by crouching.

Players can still take damage while hidden, and can return to their normal state by pressing the fire button.

Elsewhere, Epic Games has added a new community vote feature, which allows users to vote for their favourite item to return to the shop.

Check out the full list of update 10.30 patch notes below… 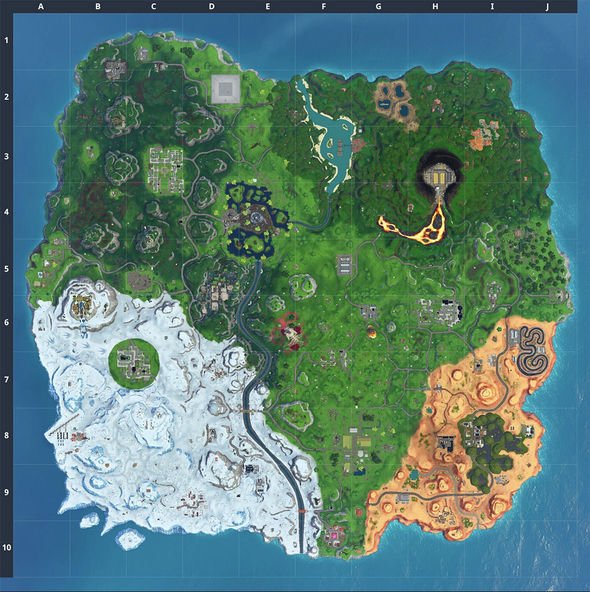 • Created by AlanShinohara. Knock Town was a top 3 contender for the LTM Creator Contest!

• Use the grappler to jump around and dodge shots as you one-tap enemies in the air with the Flint-Knock Pistol. The player with the most eliminations at the end of the match wins!

• Players impulsed by a Shockwave Grenade will no longer destroy a nearby trap without first destroying the building piece it is attached to.

• Resolved an issue in which the Zapper Trap would not build properly when thrown on slopes or uneven terrain.

• B.R.U.T.E.s will now be launched away if they touch the Floating Island’s Cube.

• Previously, they would deal either double or triple damage to other vehicles.

• The color of the B.R.U.T.E.’s cooldown meter now updates properly to correspond with the cooldown value.

• The Rift Beacon at Paradise Palms has created this new POI! In addition to its swampy nature, this Rift Zone is known for being a good place to keep a low profile.

• While in the Rift Zone, crouching will disguise players as a random prop. They can exit the prop state by using the Primary Fire button.

• Players are still able to take damage while in prop form.

• ADS lets players lock in place and look around for unsuspecting victims.

• A Rift Zone has brought back Greasy Grove! But this time, Durrr Burger is out, and Tacos are in!

• Periodically, Spicy Tacos will rain down from the sky. Their smell is so overwhelmingly appetizing that players in the Zone can’t help but dance!

• While dancing, players are invulnerable to damage from others and will regenerate health at 20 HP per second.

• Dancing does not block Storm Damage or regenerate Health in the Storm.

• Spicy Tacos can be consumed for 10 Effective Health (sum of a player’s Health + Shield) and a temporary increase in movement speed (40% increase for 20 seconds).

• The Spicy Tacos don’t last long — grab them before they expire!

• Players will get to vote on what’s featured in the Item Shop!

• The first community vote starts this week. For more information about Community Choice, check out our blog post.

• POIs no longer load at different distances depending on the angle of approach.

• Resolved an issue in which players would enter edit mode for a building piece that their reticle was not on.

• Reviving a squadmate no longer causes the reviver to get disconnected.

• Resolved an issue in which players were able to damage each other on the Playground Hub.

• When players’ characters are near a wall, they will lower their weapon while in their idle pose.

• This is to reduce instances in which the hands of players’ characters appear through walls.

• Changed the lace color of the Jets 2019 – 2020 NFL Outfit from white to green to accurately match the real uniforms.

• The Flowerprint wrap no longer appears incorrectly on assault and sniper rifles.

• Damaging a tree no longer places a rock texture on its leaves or causes its wood texture to become transparent.

• Lowered the volume of the open and close sounds of teammates’ Gliders by 50%.

• Resolved an issue in which the Battle Bus’ audio would be silent for a short period of time.

• Sending feedback during a replay no longer causes players to get stuck in the Player Reporting or Feedback menu.

• Eliminating another player using a Junk Rift Triceratops will now indicate that they were sent to the Cretaceous period in the elimination feed.

• Previously, the elimination feed would say that they were sent to the Jurassic period, but Triceratops only existed during the Cretaceous period. We apologize for this Tyrannosaurus Wreck of an oversight.

• Resolved an issue in which mouse controls would not function properly in some replays.

• Going near ammo no longer causes the “Can’t hold more of this item!” message to appear when this action is shown in replays.

How to buy Persona 5 Scramble: Phantom Strikers if you don’t live in Japan

Deadpool is coming to Fortnite
Xbox