When Fortnite was released, the game appeared to be a simple yet exciting new take on the battle royale genre. The map seemed normal, the gameplay straightforward, and the player skins fun enough to spend a few bucks on. This slowly began to change as new locations were added and end-of-season events turned downright ludicrous – yes, we’re thinking of you, Mecha vs. Devourer event.

Something is clearly up with the world of Fortnite, and as each season goes by players get new glimpses into the intricate storyline Epic Games has created. Here are the major plot points you need to know about the Fortnite storyline.

7 What Is The Zero Point? 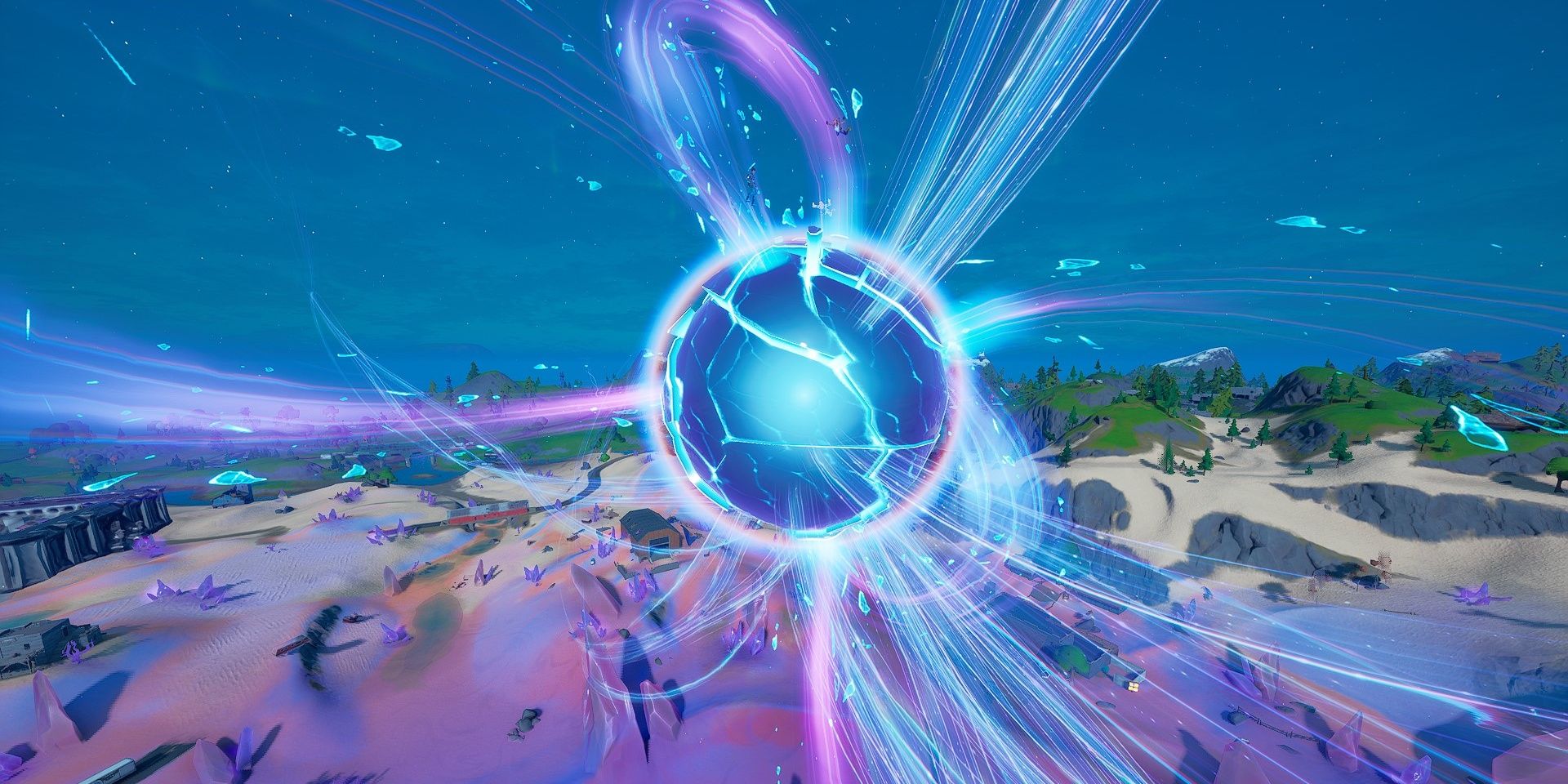 Everything begins and ends with the Zero Point. Basically, the Zero Point is a sentient orb of power that acts as the center of all reality. 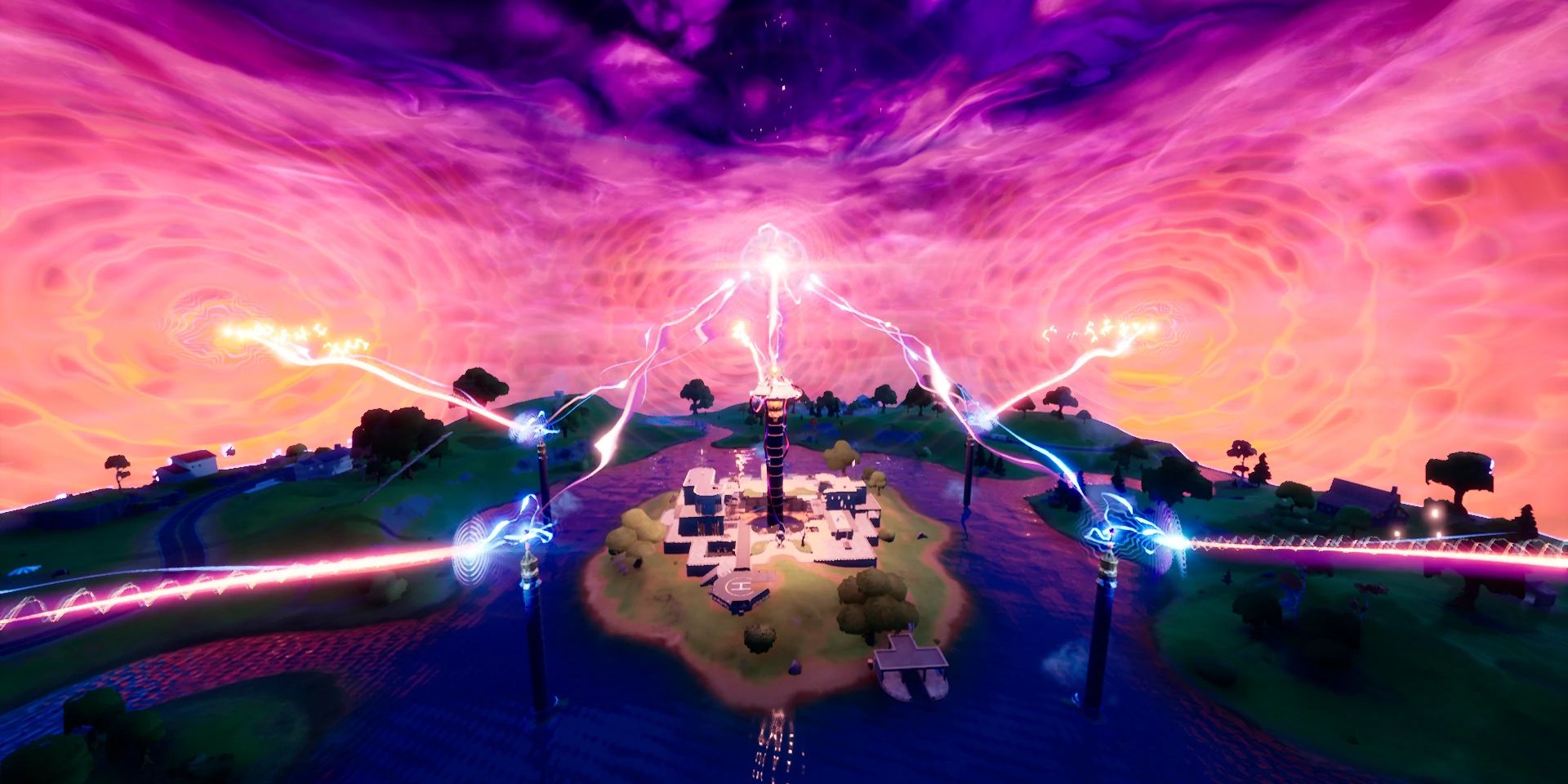 It’s clear, then, that the Zero Point is a very powerful object, and as such, it needs protection from the outside world. Thus, the Zero Point created the island and the storm to protect itself, closing in and killing players who are stuck inside it. When players die on the island, they become reanimated and forced to fight to the death on the island for eternity.

This is what the key characters of the game have come to call “The Loop,” hence all players are known and referred to as “Loopers.” This is basically what creates the battle royale aspect of the game, and it’s actually a fairly interesting explanation.

5 Who Are The Imagined Order? 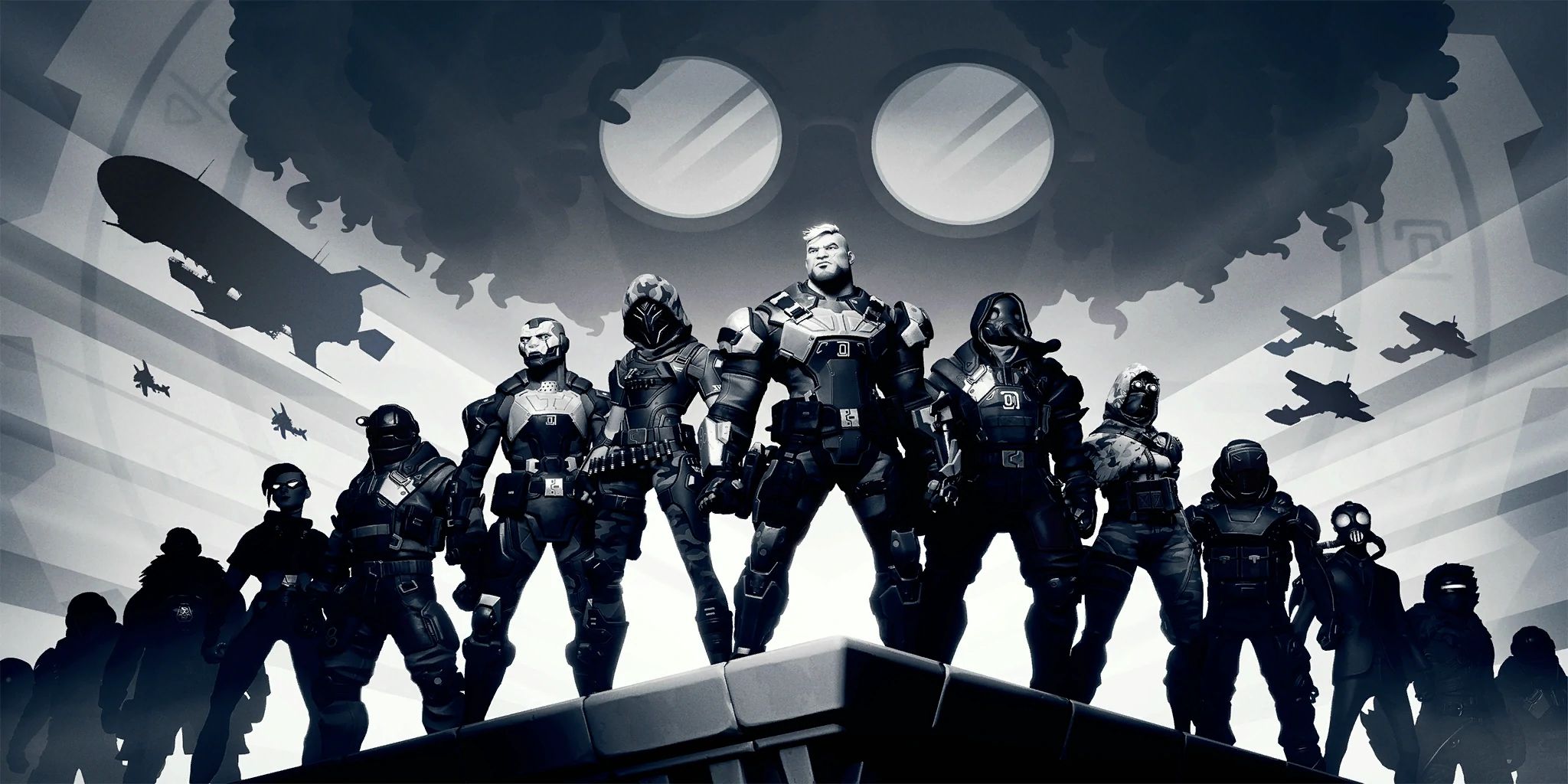 What would an all-powerful orb be without a malevolent force trying to take control of it? For Fortnite, that malevolent force is the Imagined Order. Obsessed with power, this ancient organization has maintained external control of The Loop for thousands of years with the aim to study and eventually control the Zero Point.

At the head of the IO is the infamous Doctor Slone, who canonically has struck deals with even the likes of DC’s Lex Luthor and The Batman Who Laughs, which is a chilling thought. Moreover, in the Operation: Sky Fire event, Slone even goes so far as to trade the lives of players to prevent the Cubes from coming back. Essentially, Slone is a terrible person, and you should expect to see more evil deeds by her in the future.

Thus, the IO is willing to do whatever it takes to maintain power over The Loop and eventually gain control of the Zero Point altogether. In order to ensure their protection, the IO often abducts people from other realities, turning them into a sort of forced mercenary to be kept within The Loop. This is the core explanation for how crossover skins exist in Fortnite.

4 How Does Fortnite Explain All The Crossovers? 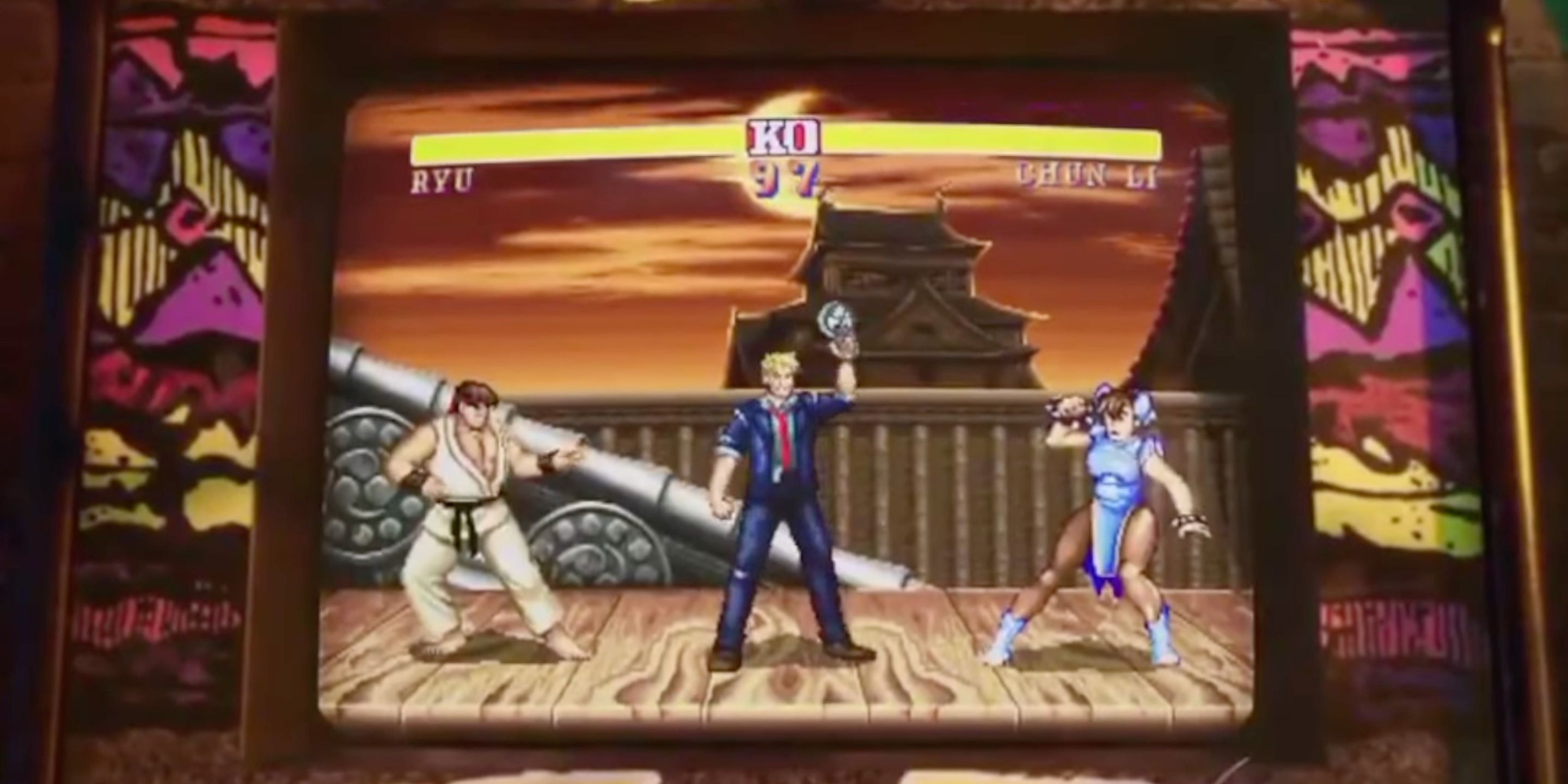 As IO agents hop from one reality to another, they swipe characters such as Halo’s Master Chief, Street Fighter’s Ryu and Chun Li, or The Walking Dead’s Daryll and Michonne.

Players saw the height of this concept in 2020 right after the battle against Galactus, where the IO has been left in distress, causing Agent Jones to begin traveling across realities to find the best “Hunters,” as they are called. In short, this is Agent Jones harnessing the power of the Zero Point.

3 Who Are The Seven? 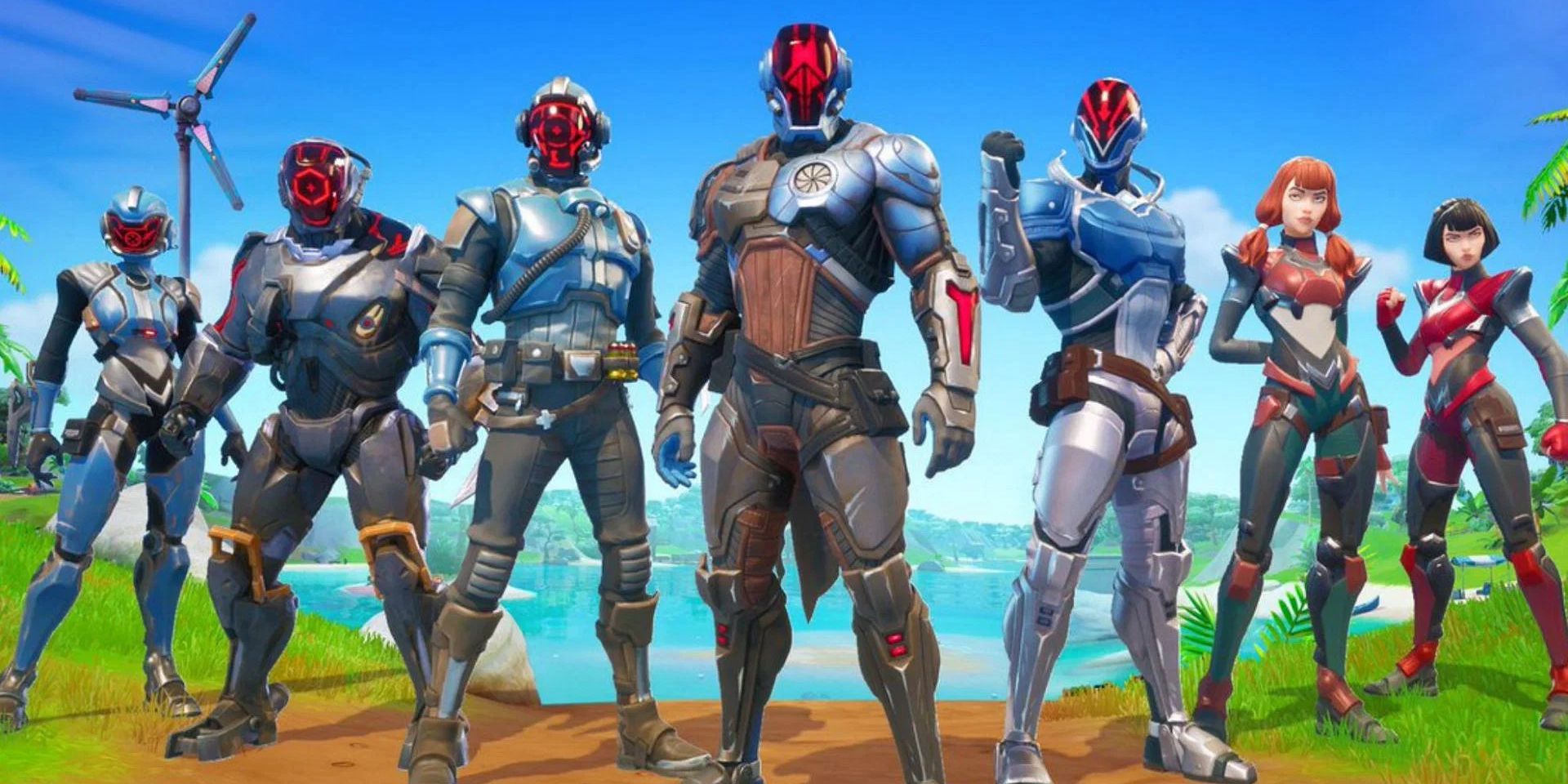 The antithesis to the Imagined Order is the Seven, a team of vigilantes whose goal is to stop the Loop to free those imprisoned within it. Likewise, they also want to take down the IO altogether. The Seven also wear specialized airtight suits that prevent them from becoming subject to the effects of The Loop. This is why, for an unknown amount of time, The Foundation was trapped in The Loop after The Batman Who Laughs cracked his helmet.

As their name implies, there are seven members of this group: The Scientist, The Visitor, The Paradigm, The Imagined, The Order, The Origin, and The Foundation (who was revealed at the end of Chapter 2 to be played by none other than Dwayne "The Rock" Johnson). Players were first introduced to the Seven – though we hadn’t known the name of their group yet – in March 2018 when The Visitor crashed onto the Island in a meteor. As it turns out, each member of The Seven travels in small, interdimensional meteors, as seen in other instances such as The Foundation’s surprise appearance at the end of Chapter 2: Season 6.

2 What Is The Purpose Of The Seven? 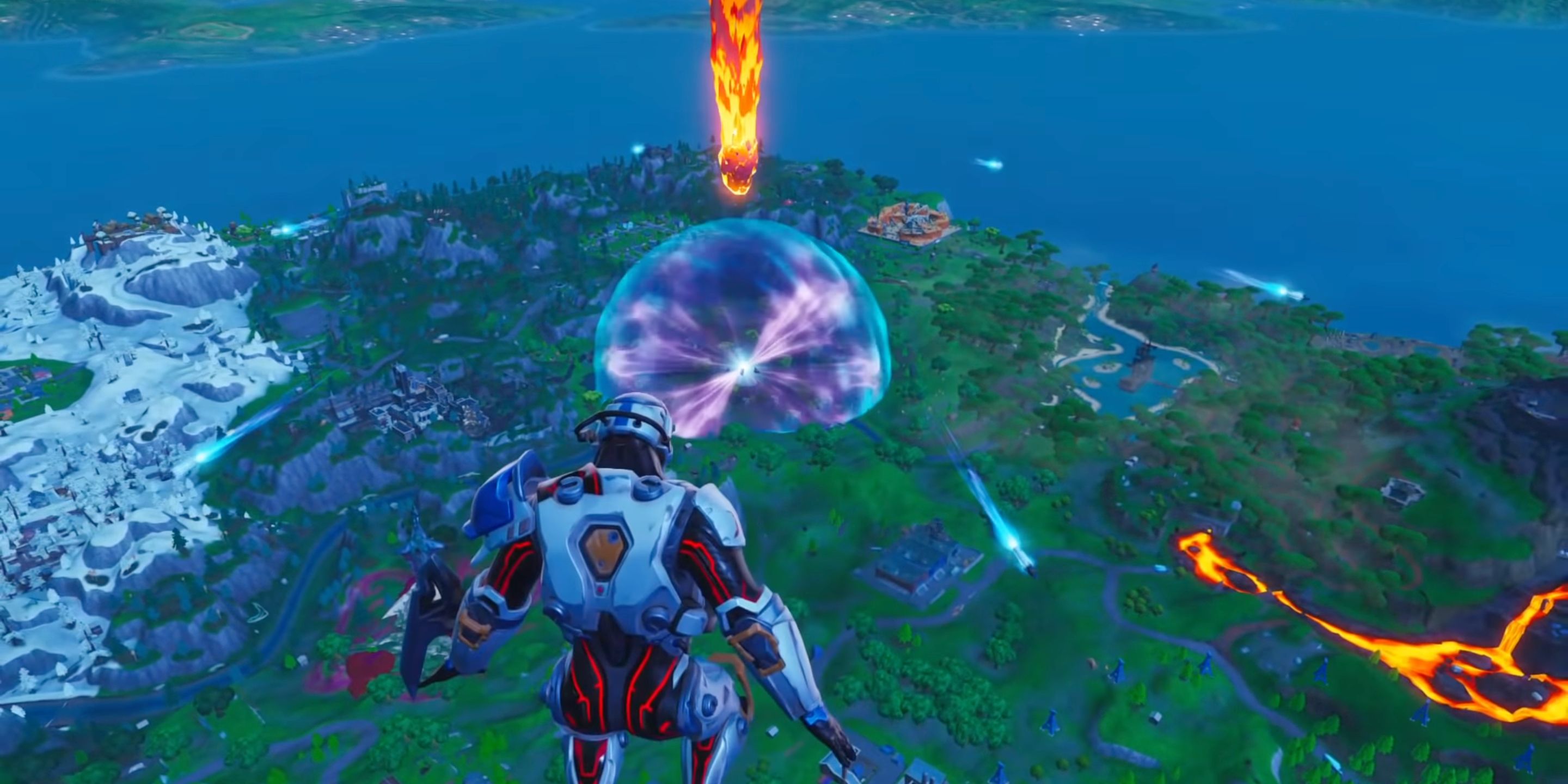 At the end of the day, The Seven exists to protect the Zero Point at all costs. Sometimes they’re successful, and sometimes they fail. Season X's The End event, for instance, showed the Seven – their existence still relatively unknown to us at the time – appearing in rockets created by The Scientists to create rifts around the meteor in order to use it to stabilize the Zero Point.

This attempt was strange because even though the Zero Point was ultimately destroyed, it nevertheless reconstructed itself. Sometimes these attempts to protect the Zero Point don’t go so well, such as The Paradigm’s breaking open the vault with the Mecha Team Leader at the end of Season 9, which led to her being exiled from The Seven. Thus, The Seven appears to be in a constant state of internal conflict.

1 What's Next For Fortnite's Storyline?

Though The Paradigm has returned and gained the trust of The Scientist and The Imagined, other members still don't trust her, and the Foundation especially despises her. Meanwhile, two members – The Sisters, composed by The Order and The Imagined – have had a relatively minor role in the story so far, having just arrived onto the scene with The Origin.

Now that each member of The Seven is on The Island, there’s a big chance players will be able to learn more about how the group functions, and perhaps even gain a clearer explanation of Jonesy’s hints that they might not be as good as we think they are. All things considered, The Seven is bound to keep delivering on the subject of lore, and we’re excited to see what happens next.