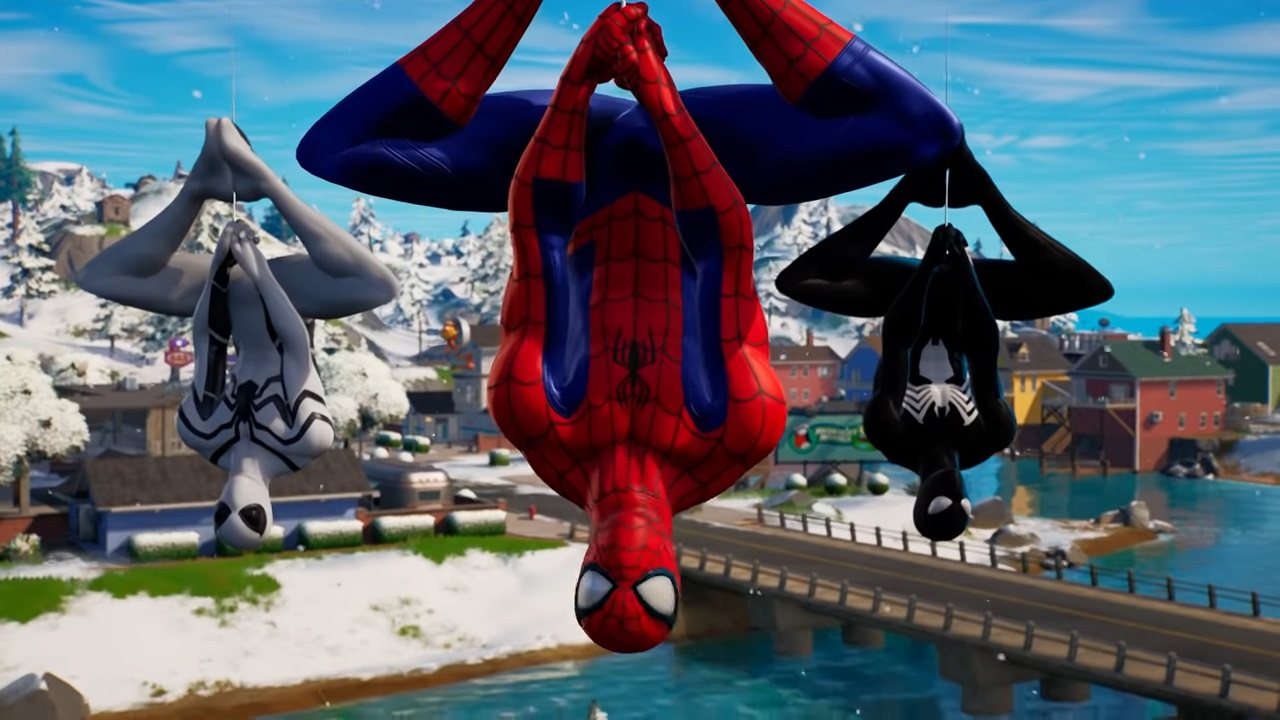 The next major Fortnite update is already live and features a brand new map, a new swinging mechanic, and Spider-Man himself.

In case you somehow missed it, Fortnite Chapter 2’s grand finale took place on Saturday, ushering in Chapter 3 and its first season, Flipped. Servers have been down over the weekend, but the game is now back up and running.

As such, Epic Games has shared official details on the new season, although admittedly most of it had already been leaked beforehand. For starters, the entire map has flipped over, meaning you have an entirely new one to explore and memorise for the duration of the chapter.

There’s also two new guest star skins: Spider-Man and Dwayne ‘The Rock’ Johnson. It’s surprising that it took Spider-Man this long to make an appearance, considering he’s one of the most popular superheroes in the world and given Epic Game’s long-running partnership with Marvel. Especially as his arch-enemies Venom and Carnage made it in before him.

Regardless, he’s here now and because you can’t have Spidey in a video game without web swinging, Epic Games has also added precisely that as a new gameplay mechanic. The official Fortnite website explains that, starting from December 11, you can pick up a web shooter item with any character and use it to swing from buildings.

As for The Rock, he has been teasing his Fortnite arrival for some time now. It was widely speculated that The Foundation, one of the game’s original characters, was being played by him and the Chapter 2 finale outright confirmed this once The Foundation removed his helmet.

The overview trailer also reveals Marcus Fenix and Kait Diaz from the Gears Of War franchise as future skins. Presumably, they’ll be added to the item shop at a later date since the website makes no mention of them.

Spider-Man is part of the season’s battle pass but The Foundation won’t be unlockable until later on in the season.

If you weren’t able to take part in the Chapter 2 finale, Epic Games has uploaded the whole thing on its YouTube channel and you can watch it below. It features a mixture of gameplay and cinematics, with Jonesy being captured by his former boss and needing to be rescued by The Foundation.