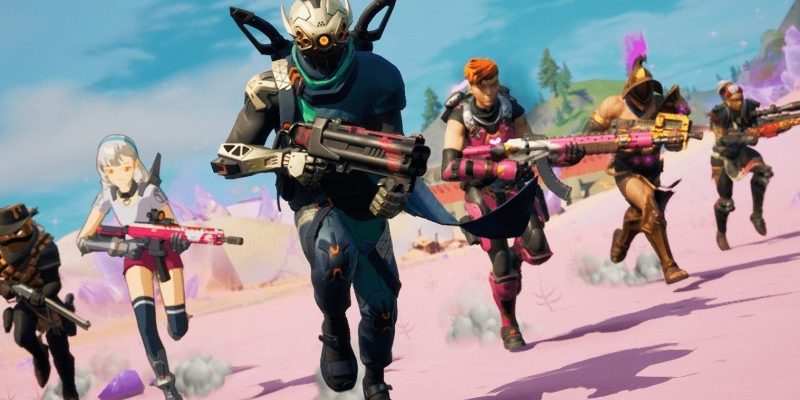 Last year, Fortnite received a performance and resolution boost for PlayStation 5 and Xbox Series X when those systems launched. While that makes sense with the added capabilities those systems bring to the table, despite the swirling rumors about a potential “Switch Pro,” Nintendo is still operating with the same horsepower it has been since 2017. However, Epic Games has announced that the Nintendo Switch version of Fortnite is also receiving a boost.

The new update aims to make better use of the Switch’s GPU. As a result, those who play on Switch will notice multiple improvements during gameplay. With the update, images will be sharper without any loss of performance. In fact, the framerate will be more consistent, delivering a smoother experience for Switch players. On top of that, the resolution will improve in both handheld and docked modes; handheld resolution will jump from 1000×560 to 1170×660, while docked resolution will go from 1390×780 to 1560×880. Epic Games touts the 38% increase in handheld-mode pixels. The file size is getting slightly smaller to top it all off, saving players 140MB of storage space.

The Switch performance and resolution boost update are available starting today. The news comes shortly after Chapter 2 – Season 6, which begins with a brief single-player experience setting the narrative table for the season. The season also adds various animals, including raptors, wolves, and boars (oh my!) to roam the island. Oh yeah, also chickens and frogs. Fortnite Chapter 2 – Season 6 also introduces Lara Croft as a part of Tomb Raider’s 25th anniversary celebration. You can learn more about what this season introduces here.

Fortnite launched into early access in 2017 on PlayStation 4, Xbox One, PC, and Mac as a PvE experience called Save the World. Following PlayerUnknown’s Battlegrounds’ success in that timeframe, Epic Games pivoted to focus on a battle royale mode of its own. The title eventually came to Switch in 2018 before Epic finally removed the “early access” label from all versions in 2020. Though the game has evolved since the initial release to include new islands, cosmetics, weapons, vehicles, and, yes, crossovers ranging from Halo, God of War, Marvel, and more, you can read our review of that original release here.