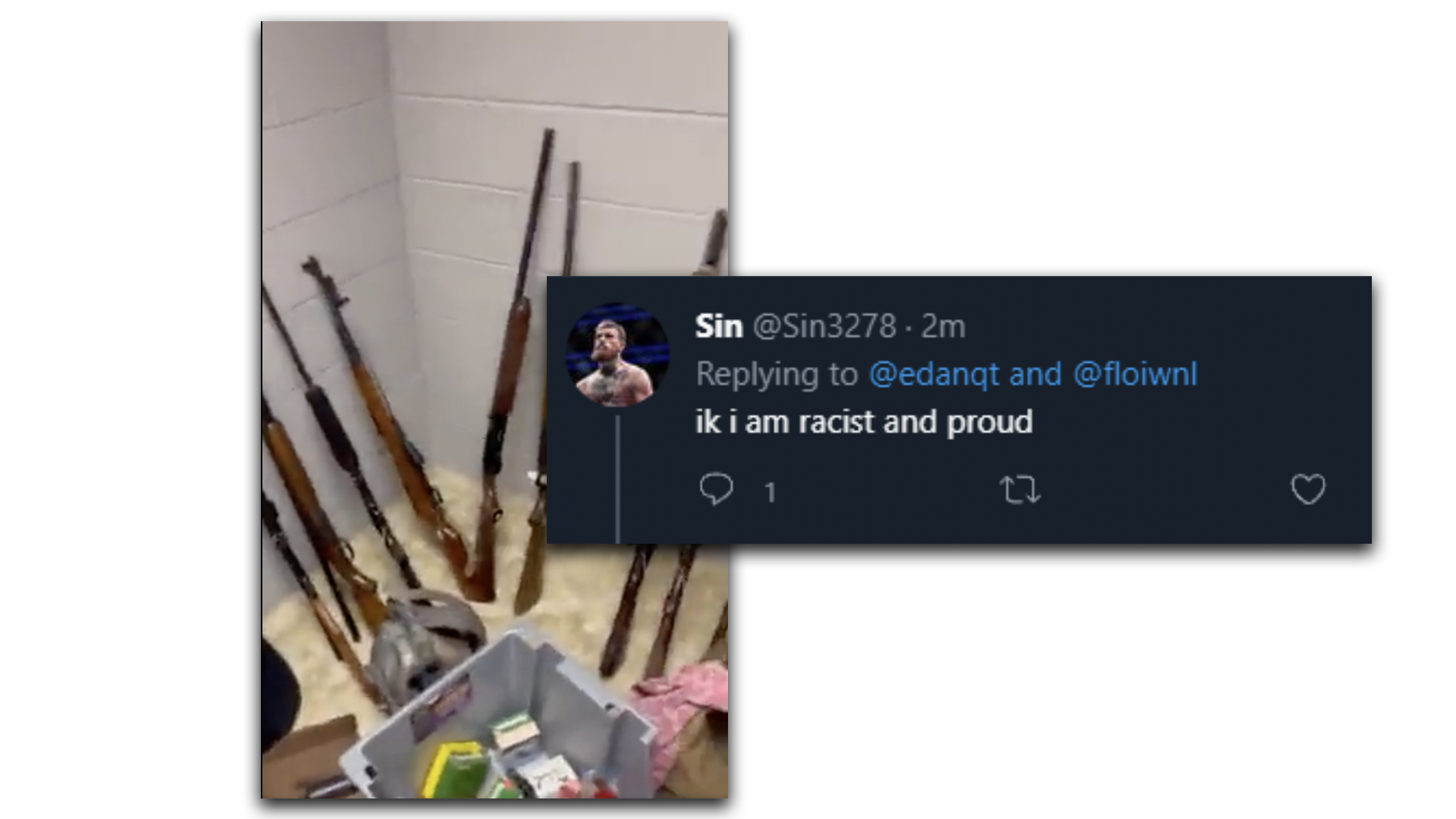 A professional Fortnite player has come under fire after posting a video of a room full of guns and spouting racist slurs.

Jake Lucky, a gaming content creator, has exposed Fortnite pro Sin for being a racist after posting a video Sin had uploaded onto Twitter.

The video features Sin swinging his camera around as he shows off a large collection of guns and ammunition while claiming that it was in case of a ‘zombie apocalypse’ or a ‘n-word outbreak’.

Sin had recently qualified for Epic Games’s Fortnite tournament, Fortnite Champion Series, with his partner in the duos cup now distancing himself from him after the racist video began to go viral.

Another Fortnite professional, Av, has highlighted that Epic Games had the video for a week and have yet to do anything.

The original video was posted on May 15 and since then, Av has pointed out they’ve played multiple rounds, including their qualifier, since it was reported to Epic Games.

Before deleting his Twitter account, Sin didn’t even bother with jumping through hoops to defend the video. Follow-up tweets included ‘I am racist and proud’, as well as an explanation that didn’t even include the usual rhetoric of ‘it was a joke’.

The video has rightfully sparked outrage across Twitter, with the most bizarre portion of it being the silence from Epic Games. Sin has played multiple games in their tournament, after he was reported for the video.

His Twitter account wasn’t even suspended, but deleted by himself, furthering the questionable moderation skills of the social media platform.

Hate speech and video games aren’t anything new, as Twitch recently took action against one of its most-followed streamers, Adin Ross for slurs said on stream.

This video was also posted not long after the shooting in Buffalo, which targeted people of colour.