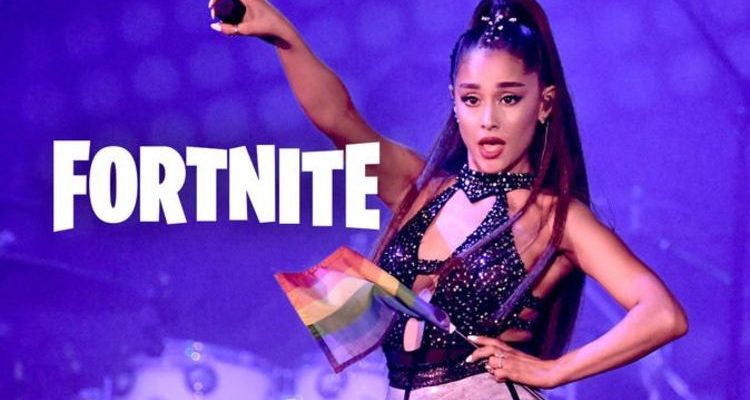 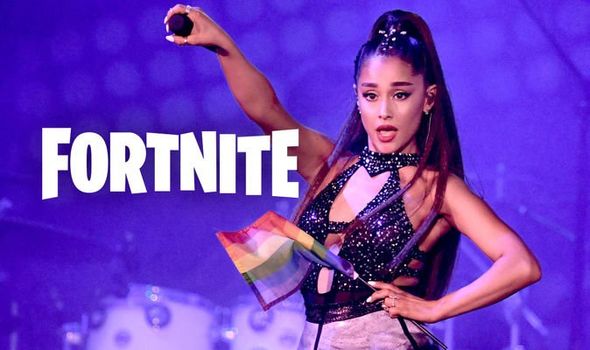 Fortnite season 7 could make up for the lack of live events at the end of Fortnite season 6 by hosting another unmissable concert – this time headlined by pop superstar Ariana Grande. It’s rumoured the Thank U, Next singer will be performing a concert in Fortnite “soon”, with a test for the performance allegedly already being carried out by Epic Games. The news was highlighted in a post online by notable Fortnite leaker ShiinaBR.

The leaked information was originally posted on the FortniteLeaks Reddit page.

The leak claimed: “Ariana Grande will be coming soon and will have a in-game concert (concert has already had a test launch done by staff at Epic).”

From the sounds of it, Ariana Grande could also be getting her own skin in Fortnite.

If that’s the case it would be the same as with the Travis Scott concert last year.

That performance was arguably one of the most memorable Fortnite live events ever.

And if Epic Games are able to build on that and eclipse it with the Ariana Grande performance it could be one for the ages.

Speaking about the leak, ShiinaBR posted on Twitter: “RUMOR: 15 hours ago, a post was published by a moderator on the subreddit r/FortniteLeaks claiming to have insider information about upcoming things in Fortnite.

“The source who provided the insider information apparently leaked a LOT of information about Season 6 correctly.”

ShiinaBR went on to add: “UPDATE: I have received video evidence from one of the r/FortniteLeaks moderators of the private conversation with said insider.

“The video evidence was recorded on mobile (iOS) and appears to be genuine. If(!!) it’s real, the insider has leaked MUCH correctly in the (near) past.”

The alleged leak also potentially revealed a tonne of other inbound Fortnite content.

It’s been claimed members of the Justice League and Suicide Square will also be added to Fortnite.

It’s also been claimed Kevin the Cube will make a triumphant return at the end of Fortnite season 7.

But this time around the Cube will be controlled by an unknown ‘Queen’ character who will play a role in the Fortnite chapter 3 storyline.

While ridable monsters and mechs are also allegedly coming to the Fortnite island at some point.

As always with rumours, it’s best to take it with a pinch of salt until confirmation.

But if true it sounds like Epic Games has plenty of exciting things lined up for the end of Fortnite season 7 and beyond.