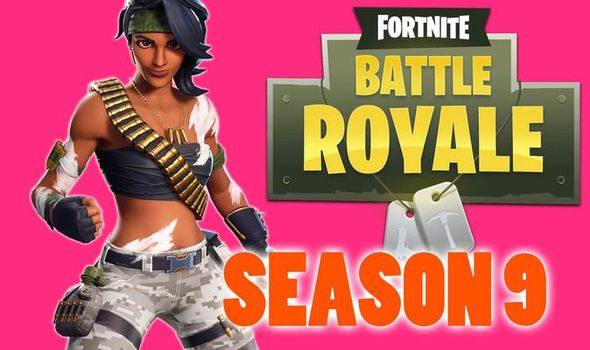 Fortnite season 9 is just around the corner, with brand new skins and challenges set to launch as well as possible new map locations.

Epic Games hasn’t officially confirmed the Fortnite season 9 release date but it looks set to be Thursday May 9.

It’s unclear what the theme of Fortnite season 9 will be, but it’s rumoured to see a brand new Battle Royale map launched.

And it looks like Fortnite could be building up to the new map launch with an in-game event going on right now.

At the moment Fortnite players are trying to solve the mystery of the Rune event that is taking place at Loot Lake.

After the release of Fortnite update 8.40 Loot Lake was transformed from the resting place of Kevin the Cube (RIP) into a massive, mysterious hatch.

This hatch had five points surrounding it which runes – which later spawned – could fit into.

Each rune spawned on different days, with the different runes having specific criteria that players needed to fulfil.

Once this criteria was met, the runes were transported to the Fortnite hatch and slotted into place.

So far four out of the five runes have spawned and have moved into their position surrounding the hatch.

All that’s left is one final rune to be placed next to the hatch, and that’s expected to kick-off an in-game event.

It’s rumoured once the final Fortnite rune is placed the volcano could erupt and destroy a number of POIs.

Retail Row and Tilted Towers are among the POIs that are set to be destroyed, according to the latest leaks.

And thanks to dataminers Fortnite fans have a good idea of what could happen during this upcoming live event.

Popular leaker FortTory in a post online revealed what the in-game event should look like, according to in-game files.

It looks like once the final rune is activated it will spark a huge event at Loot Lake.

Dubbed the Nexus event, it will see mysterious glowing orbs sent flying into the air where they levitate.

It remains to be seen whether the leaked footage is taken from midway through the event or during the build-up to it.

Previously, in the run-up to season 7’s big event leaked footage of the Ice King in a levitating sphere emerged.

However, this was just footage not of the live event itself but what occurred in the build-up to it.

It could possibly be that this recent leaked Fortnite footage shows the build up to season 8’s defining event.

The orbs could be sent flying into the air after rune 5 is placed, which could happen at any time.

Seeing how this could happen at any moment after the fifth rune spawned, maybe the big live event won’t occur immediately after it.

We could see these orbs fly into the air after rune 5 is placed, which leads into what happens in the main live event days later.

These live events typically take place on a Saturday, so maybe this coming weekend will be when the defining Fortnite season 8 event occurs?