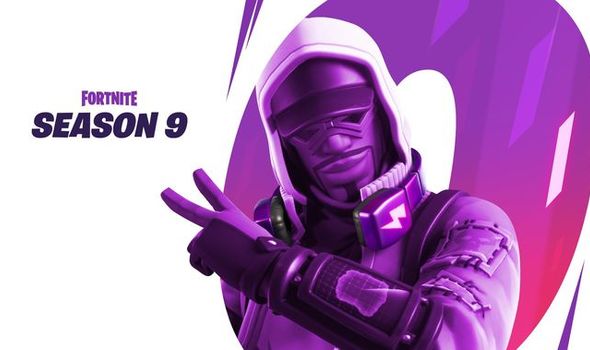 Ninja, the famous Fortnite Twitch Streamer with a lot of followers, just revealed some exciting news before the start of Season 9.

In a new video posted to YouTube, Ninja discusses what he thinks will be changing later today, when the big Season 9 update drops.

This includes predictions on how the Fortnite Map will be changing, specifically one location.

Giving players “the inside scoop” Ninja explained that Tilted Towers is set to be rebuilt in the futuristic fashion.

It’s safe to say that the location was always going to fit into Epic Games’ plans following its destruction, as well as being part of a recent teaser from the company.

The phrase “The Future is Tilted” was shared alongside the last Season 9 teaser, suggesting that big changes were set to be made at the famous location.

Ninja discusses this in his new videos, revealing that he thinks Tilted Towers will be rebuilt as a brand new map location for Season 9.

This will include a new futuristic look, which would fit in with the hints at the theme Epic Games has been sharing this week.

Neo Tilted Towers sounds like an easy guess to make but Ninja also spoke about what new items could be part of Season 9 too.

Epic Games likes to add new features with each seasonal release and it appears later today will be no different.

Ninja says that there will be new lifts and teleporters available at Neo Tilted Towers, which makes it sound like a location everyone will want to explore.

“Halo-style Lifts” would certainly make it a very unique map location, and makes it sound like it will have some special vertical vantage points for players to use.

This, of course, is not information being shared directly by Epic Games but it certainly sounds like the company don’t have a problem with Ninja’s speculations.

The new “Utopia” of Tilted Towers will be a massive draw for fans but that doesn’t mean it will be the only new location to explore.

Retail Row looks ripe for renovation too, while other places around the map may also change drastically with the start of Season 9.

We know that future tech is going to be one of the main themes of Season 9 but that doesn’t it will be the only one.

There’s a chance that other areas may be influenced by different factions that have yet to be revealed by Epic Games.

You can bet that there will be a few surprises left for the Fortnite trailer that will be replaced later today by Epic Games.

This is expected to arrive around 9am in the UK and should help to answer a lot of questions for fans.

For better or worse, there have been no major Fortnite leaks this week regarding what will be included in Season 9.

Any map changes being made by Epic Games will be included in the new Fortnite trailer, and some fans believe they already know a few of them.

The final teaser image for Season 9 includes a figure in a hoodie, with a tracker device built into his sleeve.

This shows a basic outline of the Fortnite map, excluding major landmarks or locations.

What’s interesting is that the outlines for the more icy areas are not included, suggesting they might be melting away during Season 9.

But until Epic Games reveals all their plans later today, fans can have some speculating over what is coming next.