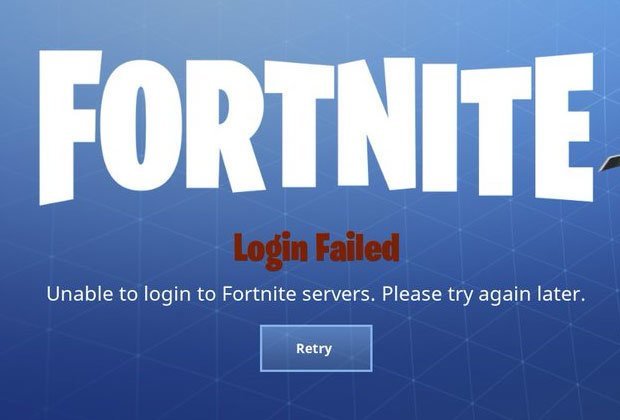 The official Fortnite server status page has also got worse.

Previously Game Services were showing “Degraded Performance” but a quick look again since posting our story shows that now Matchmaking is listed as suffering from a “Partial Outage”.

All other services – such as login, Voice Chat, Stats and Leaderboards – are showing as operational.

So basically whilst you might be able to log on in the first place, matchmaking and the game itself is not working. Fun.

There’s an additional message also showing on Fortnite’s server status page with regards to the matchmaking problems that simply reads:

So Epic Games are on the case, but unfortunately for the time being it’s unclear exactly what the issue is or how long it might take to fix.

The battle royale game – which is free to play on PS4, Xbox One, PC, Switch and mobile devices – usually runs pretty consistently (aside from fortnightly periods of maintenance).

Independent outage tracker DownDetector has noted a huge spike in reports – over 1000 – in the last twenty minutes with plenty of fans online also complaining of issues with the game.

The Fortnite news twitter account (@FNBRHQ) has noted that over on Epic’s server status page Game Services are showing as having “Degraded Performance”.

This was followed by a second tweet which read:

“All Fortnite servers are non-operational at the moment”

At the time of writing, neither Epic Games nor the official Fortnite Twitter account have noted any problems.

Naturally, this has also lead to huge outburst from the games massive fanbase.

Some angry, some frustrated and some which are downright funny.

“Fortnite servers are down at this moment, I guess its time to some actual work!” one fan of the game joked.

We’ll keep you updated as more information on this issue develops – we’re investigating the server issues ourselves right now.