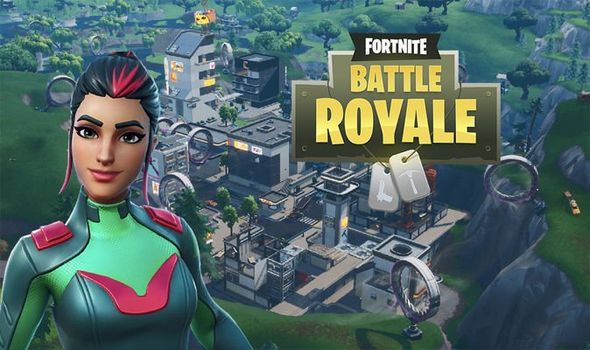 After an entire season of collecting Fortbytes, Fortnite fans can finally unlock the Singularity skin.

Fortbytes are a series of 100 collectible computer chips that are available as part of the season 9 Battle Pass.

18 Fortbytes were available when Season 9 launched, and more have been added on a daily basis.

If you’ve been collecting all of the Fortbytes from Season 9 so far, then finding the latest Fortbyte should give you the number required to unlock the Singularity skin.

The 90th Fortbyte can be found by doing the Laid Back Shuffle in one of the game’s dance clubs.

Express Online has marked the position of the dance clubs with disco balls on the map below.

Once you’ve completed the challenge and unlocked Singularity, you’ll also be able to discover new helmets. 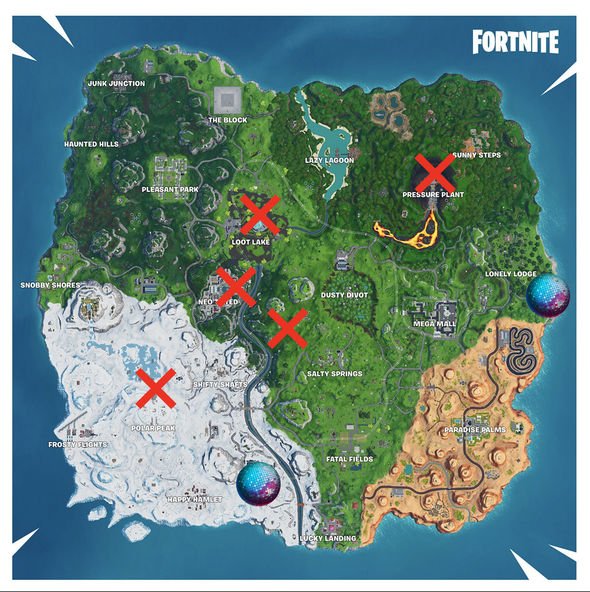 Marked as ‘X’ on the map above, the helmets can be found scattered all across the island.

You can get the fifth helmet by visiting the area north-west of Salty Springs and south-west of Dusty Divot.

One other thing worth pointing out is that you’ll need to have reached level 95 in the Battle Pass to unlock the Laid Back Shuffle emote.

Despite the final set of Season 9 challenges launching later this week, fans should have a few more weeks to level up the Battle Pass and unlock the Laid Back Shuffle.

Indeed, the Season 9 countdown says the current Battle Pass will last for 75 days.

So, the final full day of Fortnite season 9 looks like it will take place on July 23.