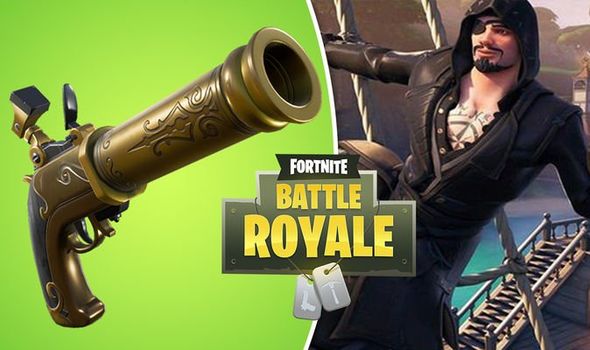 UPDATE 4: Fortnite update 8.11 will coincide with some disruption to social services, Epic has confirmed.

“During this time we’ll be updating some of our Social Services. You may notice some irregularity with your friend’s list & party options until these updates have finished.”

Check out the full list of patch notes by clicking the link below.

UPDATE 3: Fortnite update 8.11 will be released on March 20. The update will go live at 9am UK time.

UPDATE 2: Fortnite update 8.10 appears to have been pushed back until March 20.

UPDATE: Fortnite developer Epic Games has re-enabled The Baller ahead of this week’s update.

After disabling the vehicle due to stability issues, Epic has fixed the problem and re-released the item.

“We’ve collected the data we were looking for and have re-enabled The Baller,” reads the Epic tweet. “Jump in the driver seat and roll out!”

ORIGINAL: Fortnite update 8.10 is being prepped for release by Epic Games.

Unlike last week’s much bigger patch, Fortnite update 8.10 is expected to be a smaller content update.

The next Fortnite update is tipped to go live in the early afternoon on March 19.

And the good news is that if it’s a content update as expected, there’s unlikely to be any downtime.

The bad news is that there are unlikely to be any major changes, aside from one or two new additions. That’s assuming Epic doesn’t decide to buck the trend and release update 8.20 instead.

According to the early 8.10 patch notes, the Trusty Sidearm Flintlock Pistol is coming to the game.

As Epic Games points out, players should be careful because this powerful pistol has a “kick to it”.

Fans will also be hoping that the Baller makes a return after Epic disabled the vehicle.

The Baller made its debut as part of the original update 8.10 last week.

But the vehicle was disabled after Epic Games discovered a problem with it.

“We’ve temporarily disabled The Baller while we investigate a stability issue,” reads an Epic tweet. “We’ll roll out a status update once we know more.”

According to the early patch notes, Epic is about to release a fix for an issue in which players are unable to select a second style for the Whiteout outfit.

A fix is also inbound for an issue in which the Event leaderboard shows Rank 0 for all players.

Vending Machines should also make a return in Team Rumble, while a Driftboard problem has been solved.

Express Online will update the article once Epic Games confirms its update plans and whether fans can expect any downtime.