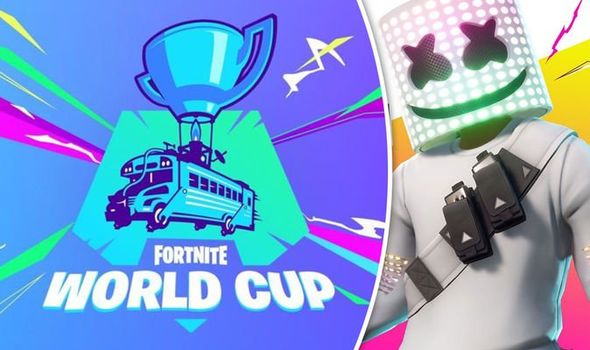 Fortnite fans are counting down to the start of the World Cup tournament, which takes place this weekend in New York.

Day one – which features the Creative Finals and Celebrity Pro Am tournament – kicks off with a pre-show at 5.30pm UK time.

The Creative Tournament kicks off in full at 6pm UK time, while the Celebrity Pro Am – which features the likes of Ninja and Marshmello – starts at 10pm BST. The show ends at midnight tonight for UK fans.

You can watch the entire thing via the YouTube embed below, or head on over to the Fortnite Twitch channel.

The World Cup schedule continues on July 27, where Epic Games will hold the finals for the Duos event.

Again, the festivities begin with the pre-show at 5.30pm BST, followed by the start of the Duos finals at 6pm UK time. The winners will be crowned during a ceremony at 9.45pm BST.

The final day is dedicated to the Solos event, which sees 100 players compete for the big prize.

The Solos Finals will start with the pre-show at 5.30pm UK time, followed by the tournament itself at 6pm BST. The winners will once again be crowned at 9.45pm UK time.

$6 million is up for grabs on the first day, although the $3 million Pro Am prize fund will be donated to charity.

It starts with Creative Mode, where eight teams of four will battle for the biggest slice of the pie.

“Players from all over the world qualified for the event by mastering their respective Creative Trials. Now, captains will lead their squads into battle, competing for a $3,000,000 prize pool.”

The World Cup continues with the Pro Am, which sees Fortnite pro players team with celebrities.

Remarkably, this leaves $24 million in prize money for participants in the Solo and Duos events.

The winner of the Solo event will walk away with a staggering $3 million, while the winning Duo will split $3 million down the middle.

Even the lowest placed finalist will receive $50,000 in prize money.

Finalists in the Solo event include UK players like BenjyFishy and Mongraal, as well as popular picks such as TFue, Stompy, Bizzle and ymqB_P0t.

Unfortunately, there’s no sign of Ninja, who was knocked out during the qualifying rounds.