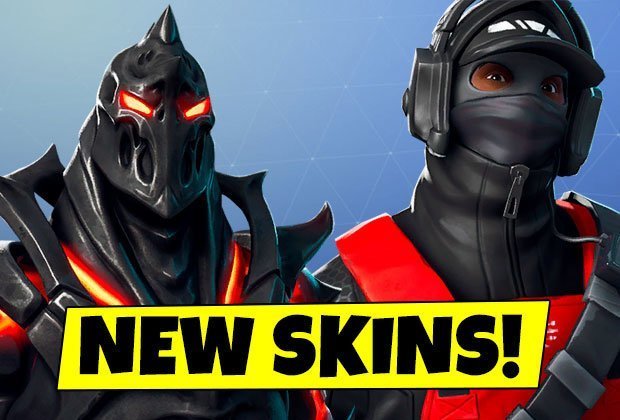 Fortnite is down this morning with Epic Games servers offline and matchmaking temporarily disabled. As such, there will be login issues for anyone attempting to play.

For those wondering, this is for all game modes – Battle Royale, Save the World and creative – and all available platforms, including PS4, Xbox One, Nintendo Switch, PC and iOS Mobile devices.

As mentioned, those official Fortnite 8.30 patch notes have arrived for the new update and there’s new vehicles, gameplay features and more. But as with every update, there’s also a number of secrets hidden inside the game’s code and new files.

And like before, the update has been determined by users who have revealed a number of new skins and items on their way to the game shop.

There are new upcoming cosmetics, including new skins, pickaxes, gliders, back bling and emotes.

We should start to see these skins revealed and sold in the item shop potentially as early as today.

But as with all things, it’s unclear precisely, 100% when these new items could go live in the game.

Some skins famously never release, some are held back for another season entirely.

But assuming these skins are for this season, it’s likely we’re going to see them spread out over the next few days as items you can obtain from the Fortnite shop when it refreshes each morning at 12am GMT.

Take a look at the new cosmetics above and below

Keep reading for more topline details on the new additions coming to the game today.

In the meantime stay tuned for more info on these new leaked skins the second we get it, including their rarities, price and descriptions.

Reboot Van – Never give up, never surrender! Bring eliminated teammates back into battle with the Reboot Van. Drop in now and become the hero your team needs.

Buccaneer’s Bounty Event – Avast ye mateys… Drop in and arm yourselves during the Buccaneer’s Bounty event! Test your skills in a fresh LTM every single day and collect your very own treasure in the form of in-game rewards by completing free Challenges.

MultiSelect
Grab the corner house or the whole block! The MultiSelect tool is here to make moves a piece of cake.

Bombsquad Kyle – Bolster your Hero’s armor with this new Legendary Constructor. This Hero is “The Bomb”.

Lost in Transit Beta Storm – Don’t get Lost.. in transit to this new Beta Storm. Locate the supply trucks and put them back on course!