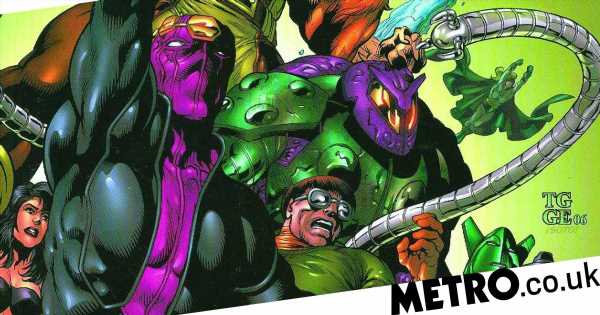 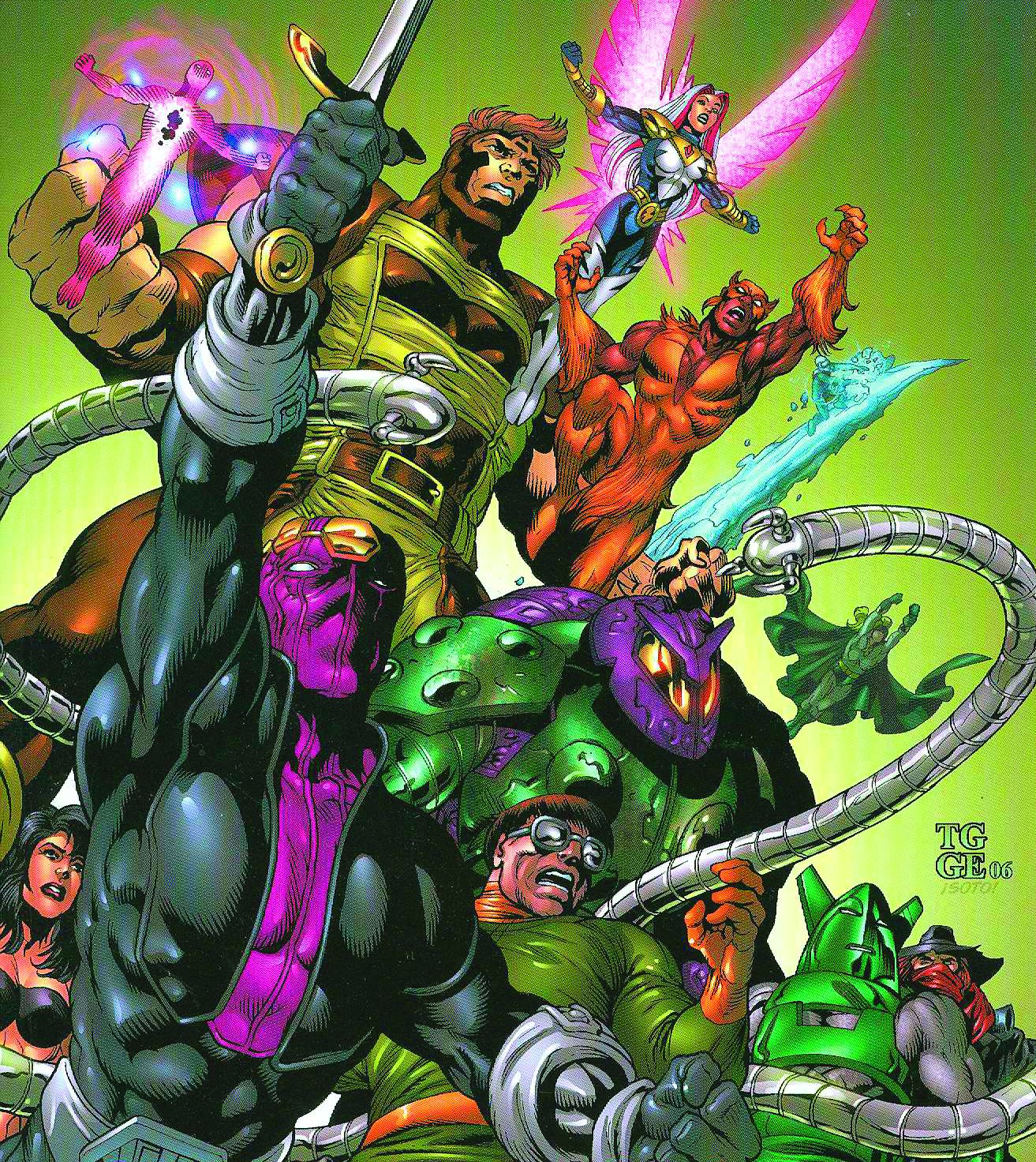 The Tuesday letters page is worried that Marvel games are being split between too many publishers, as a reader recommends Ex-Zodiac.

The knock-off problem
So we’ve had quite a lot of Marvel news in the last couple of days, most of it from Comic-Con but also the leak about Black Panther. What was Square Enix’s Avengers is still limping on but with at least three big name Marvel games now on the way, is now a good time to ask whether we need a new Avengers game?

Nobody likes the current one because of its boring multiplayer but the single-player was mostly good, even if it was awkwardly split between being a team game and a Ms. Marvel game. A sequel that was just based on the team could still work, if it was single-player and had a good story.

The problem is that the old team doesn’t exist in the movies anymore and nobody wants to see the knock-off brand versions they used in the current game, which creates a problem. To me the obvious thing to do is create one based on the new film they announced, Avengers: Secret Wars. That will presumably be a Young Avengers film with all the new characters they’ve been introducing, but which people haven’t quite got used to yet.

That still runs into the knock-off problem, but maybe Thunderbolts could work instead? Thunderbolts is basically the Marvel version of Suicide Squad, with a similar rotating squad, so they could have a few from the film and a few just for the game. In fact, you could try that with the Avengers game too, it’s not as if there aren’t enough characters to go around.

Or maybe get ahead of the curve and make an X-Men game? That way the films would end up being compared to the games and not the other way around. Who knows what will happen but I hope these ideas have occurred to someone at Disney.
Kimpton

Random superheroes
Big surprise to me to find out that EA are doing the Black Panther game. I guess all the talk of Disney being angry with them about the way they’ve handled Star Wars is not true, or at least isn’t true anymore.

I don’t know what logic they’re using to pick who gets what though. Sony obvious has excellent experience making open world superhero games so why did they get Spider-Man and Wolverine but not Black Panther? Does this mean we’re going to see Thor randomly turning up at Ubisoft and Doctor Strange (I wish!) at Take-Two?

In theory it doesn’t really matter, except it does because obviously all the Sony stuff is format exclusive. It just seems very random. How are people going to feel if the rest of the X-Men are Xbox exclusives, or Hulk or whoever your favourite is? At least this explains why there is no Marvel Game Universe… these companies just can’t get on with each other.
Trunch

One format future
I know I’m not the first to say this but I’m still baffled as to why Sony is releasing their games on PC. Why should anyone buy a PlayStation 5 if the same games are going to be on PC? Not at exactly the same time but it’s getting closer all the time and no we’re told The Last of Us remake will be ‘very soon’ after the console?

Sony should just skip ahead and set-up a version of Game Pass/xCloud and stop doing things by halves. I’d subscribe to their service, just as I have Xbox’s, but I’m not buying a PlayStation 5.
Homes

Independent radar
I really like the look of a couple of indie games coming out next month and was wondering if GC has plans to review either of them?

The first is Cursed To Golf, which looks like a fantastic blend of two of my favourite indie games: Golf Story and Hades. If the golf mechanics are as enjoyable as Golf Story’s then it should be great fun. The only similarity to Hades I’ve noted is that it’s a roguelike – I’m not expecting its story or character relationships to develop as intricately as Hades’, but who knows?!

The second is Cult Of The Lamb. I love its art style and the combat looks fast and entertaining. The main aspect of the game of concern is the base building, as I’m not a big fan of this mechanic, especially if it’s linked to actual days played, like Animal Crossing (e.g. you need to check in on your cult/base each day to ensure they’re surviving or are happy). The trailers haven’t suggested the base management is as in-depth/laborious as I’ve just mentioned, but it’s something I’d hope to understand from a review before deciding to make a purchase or not.
Hubert

GC: They both look good and are already on our radar.

Nintendo scarcity
I’ve just been to CeX and sold my old Game Boy Color, Game Boy Pokémon games and, most valuable of all, Animal Crossing on GameCube. Unfortunately, I didn’t have boxes for the Pokémon games, otherwise they would have been worth £50/60. In any case, I got more for this stuff than I expected and just wanted to alert other readers in case they were unaware.

It seems retro Nintendo games and consoles are starting to get into silly price territory, apparently driven by collectors. I didn’t expect to get anything for my Game Boy Color, as for years it was basically worthless so I can only assume lockdown has somehow affected prices.
Barry

Multi-storey retro
This is a reply to Galvanized Gamer’s message in the Inbox on the 23rd June. When I was just a whippersnapper, me and my brother dreamed of visiting Sega World in Piccadilly, London.

Unfortunately, the one time we went near was on a family holiday, and unfortunately not suitable – was amazing just to see the front though.

Move forward 25 years and me and my mate decide to have a night out in Leeds. We normally go karting, but on this occasion we went to the Arcade Club.

Absolute top marks to the extent and passion to the man who curated.

So although I only ever had the opportunity to see Sega World entrance, I honestly felt I had been by visiting this wonderful homage to gaming.
Simon

Doesn’t count
Zelda: A Link To The Past was the greatest Zelda ever…

Breath Of The Wild was OK, but worst?! Did you not play Zelda 2: The Adventure Of Link or any of these games during their time, to rank them fairly?

I have no idea why I’m writing this but anyway, keep the Zelda content coming.
Anon

GC: Not that we agree, but not accepting Breath Of The Wild as a ‘real’ Zelda game is not uncommon amongst some fans.

What is real?
I find it confusing that Twilight Princess is being favoured over Breath Of The Wild, even when only limiting the question to what a ‘real’ Zelda game is.

A game that (however decent) was seemingly made purely to placate people who complained about the incredible presentation of The Wind Waker; that essentially hides in the shadow of its most celebrated predecessor, to the point where it feels uninspired, unambitious and derivative of Ocarina of Time; and that has terrible pacing issues from the off because of constraints brought about by mandatory tutorial sections.

Pitted against a game that tries to redefine what freedom, exploration, and discovery are in gaming by introducing important innovations in interactivity while encouraging and rewarding experimentation.

Which one is meant to be the real Zelda again?

If you look at what the actual important hallmarks of Zelda should be, saying Breath Of The Wild isn’t proper Zelda is plain inaccurate. There’s a reason that game is often sat alongside A Link To The Past and Ocarina Of Time, as the three represent the spirit of Zelda at its most distilled. And if you look at what came before, the best triumphs of each of them had little to do with how much they adhered to an established template.

Speaking of which, I shudder to think about the state the series would now be in – as well as the state of open world gaming, if the next 3D Zelda after Skyward Sword had used the same increasingly stale formula. I’d possibly go as far as to speculate there wouldn’t even be a new Zelda game announced yet after that last one (or at least that it wouldn’t have been as highly praised) and the devs would now be sitting round the drawing board struggling to come up with exactly what Breath Of The Wild turned out to be.
Panda

Inbox also-rans
Amazing, when a Comic-Con toy announcement tells you more about a new game than its publisher. Looking forward to Star Wars Jedi: Survivor, especially with all the prequel nods.
Gunther

GC: That does look pretty great – some obvious Space Harrier steals too – we’ll keep an eye on that.

This week’s Hot Topic
The subject for this weekend’s Inbox was suggested by reader Ishi, who asks what’s your favourite remake or remaster.

Remakes and remasters are more popular than ever at the moment, but which has been your favourite and why? Had you played the original when you first played the remake and how do you think the new version compares?

What upcoming remake or remaster are you most looking forward to and what do you hope gets announced eventually?