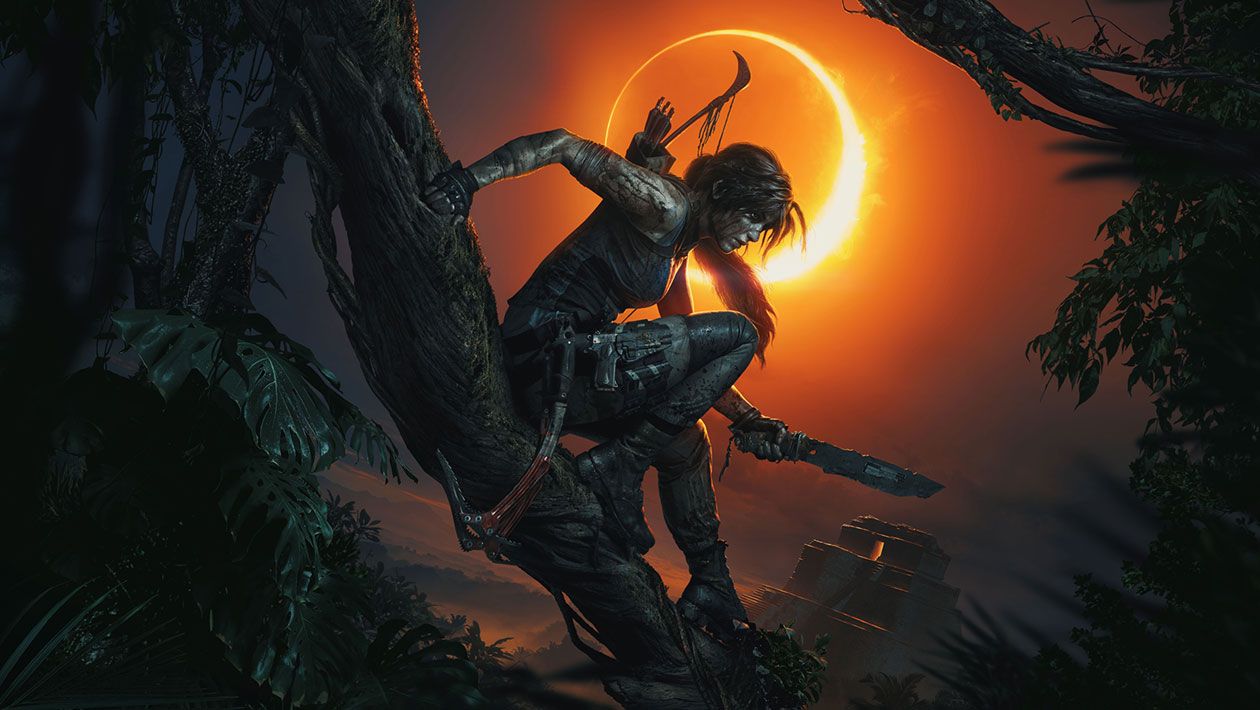 The Tuesday letters page argues that free-to-play games are only made for a tiny minority, as one reader hopes for some Alien Isolation closure.

Friends united
I don’t really like the sound of multiplayer being in the new Tomb Raider. I know it’s not confirmed but it not only sounds like it from that leaked script, but it seems like the sort of thing they’d try. Square Enix might not own Tomb Raider anymore but they were in charge when this game was designed and started. I think that makes it reasonable to imagine that they were pushing for something similar to Avengers, before they knew that game was a flop.

Avengers does have a story mode, in fact it’s easily the best bit, so this isn’t necessarily the worst idea, but I think for Tomb Raider to get back to basics it needs to spend some time building Lara’s character and, most importantly, giving her a cast you can actually care about.

All these decades and she’s never had a memorable villain or a love interest. I think maybe there was a sort of boyfriend in a couple of them, Angel Of Darkness in particular, but none of it ever stuck and neither did the gaggle of non-entities in the reboot trilogy. Lara needs to stop being a killing machine and become a real person, and that’s going to be hard to do if everyone’s running around playing a co-op game.
Jako

Fowl play
Am I the only one that thought Sony came across as a little desperate with that Call Of Duty comment about Microsoft buying Activision? Basically none of the other publishers particularly cared but Sony realised that one of their big marketing deals was about to disappear and Microsoft has its hands on one of the biggest games ever.

Personally I don’t think it’s a great move, just buying success like that, but I can’t pretend it makes me angry or anything. I also doubt there’s any chance it won’t go through, considering the amount of grease Microsoft can put on the wheels.

Perhaps the joke will be on them though, if Call Of Duty continues its decline and ends up being a dead duck instead of golden goose.
Denture

The 0.5%
If Blizzard are looking to charge £35 for cosmetics, or any price they want, I don’t see why they shouldn’t. Their cosmetics that add nothing to the game and somehow there is always someone crazy enough to buy them. I mean, a new skin that costs that much, how many do they have to sell to make their money back? Assume it takes an artist a day’s work, even a week, they’ll have thousands upon thousands of people buying these so the numbers absolutely make sense.

That’ll still only be 0.5% of the playerbase, at most, but that’s the reality of free-to-play games, they’re not made for the majority, they’re made for the tiny minority that spends ridiculous amounts of money. They have to keep the other people happy, or otherwise the big spenders have got no-one to show off in front of, but that’s all they’re good for really, an audience.

The whole situation is madness to me but there’s no point fighting it as the battle was won long ago, and anyone that doesn’t like it lost.
Karl

At any cost
I gave Apex Legends a go for the first time yesterday, finally giving in to curiosity as I’d been a big fan of Titanfall 1 and 2. I already knew the game didn’t really have any ties to Titanfall but I wasn’t prepared for it being that unconnected. It’s set in the same universe and there are a few robots in it but, really, it’s almost nothing.

So I got bored of the online action very quickly (yes, okay, I got killed a lot) but I wish there was sign that Respawn were using all their success to make a passion project of some kind, i.e. Titanfall 3.

Surely EA would allow this? The previous games might not have been mega hits but they weren’t flops either. I enjoy their style of multiplayer so much more than something Apex Legends and since the first one didn’t even have a story mode it’d be easy to make if free-to-play if that’s the cost of getting it made.
Reddy

Google Schadenfreude
I still don’t get how Google, one of the biggest companies in the world and richer than rich, managed to become a laughing stock with Stadia almost straight off the bat. Some people rag on Microsoft for always being a nearly man but their industry masterminds compared to Google.

Can you imagine Sony having to put out a tweet to deny they’re giving up gaming, after a made-up rumour that everyone believed just because it sounded right (yes, okay, there’s a joke in there somewhere about their lack of communication lately).

It’s not good to gloat but when you’re talking about a global megacorp that hasn’t got the sense of your average gamer I’m not sure what else to do.
Focus

Buy more
Seeing how well Xenoblade Chronicles 3 has reviewed it seems Monolith Soft were a really good buy for Nintendo, especially as they’ve turned out so helpful for Zelda. I can’t really pretend they make my sort of game but good for them and those that like that stuff.

I do wonder why Nintendo doesn’t make a habit of buying more studios, because they always seem to work out. Retro were great, even after they needed a comeback with Donkey Kong Country Returns, and Next Level Games are very talented too, even if I think Mario Strikers is a waste of their talents.

I don’t know why they haven’t bought PlatinumGames and seeing how many opportunities they’ve had I’m going to assume they never will now. Never mind that, why not buy Capcom, Sega, or even Bandai Namco? Nintendo can afford it and neither Microsoft or Sony seem interested in doing it.

With consolidation going on at so many other companies I think Nintendo would be foolish to just stay out of it. With their contacts, and money, they could buy up almost all of the Japanese games industry and things would probably turn out well for all concerned.

Nintendo has always been the underdog but if they end up becoming so small in comparison to Sony and Microsoft they risk being squashed and I’d hate to see that happen.
Gasman

No going backwards
Thanks to Aidax89 for the message about the Project Gotham Racing series being unplayable on Xbox Series X. You have saved me a lot of money.

It seems like a waste to me, maybe my memories are very rose-tinted. Oh well, back to Gran Turismo 7 then.
Ed

GC: It’s very unusual for a Microsoft published game not to be backwards compatible. We can only assume it’s either because of car and/or music licences or some disagreement with Activision, who own everything relating to developer Bizarre Creations. If it’s the latter that could be resolved soon…

Robot dinosaurs rule
I had a thought the other day. Do we know what Guerrilla Games are working on now? It’s been a while since Horizon Forbidden West and they must’ve started something new but I don’t think anything’s been announced. I’m sure a sequel’s coming at some point but wouldn’t DLC be the obvious next thing?

They made it for the first game so I’d find it surprising if they didn’t for this. I know they’re working on a VR game but most of the work there seems to be being done by someone else, so I can’t imagine they’re working on that and nothing else at the moment.

Considering how long it takes to make games nowadays I don’t suppose developers can afford to take any kind of major rest or it’ll just end up being six or seven years before they get anything else out. I assume they have different teams, so that individual people do get a break, but I’m sure there’s someone keeping the lights on all the time.

So are they working on more Horizon, more Killzone, or something brand new? I like Horizon but I think it’s already obvious it isn’t going to evolve much further so I’d be fine with something new. As long as it has robot dinosaurs in it.
Focus

Inbox also-rans
I hope this new single-player Aliens game manages to give some closure to Alien Isolation. I know it’s not the same team, but Fox (Disney?) own the rights so they can have the new ones give poor Amanda some closure.
Closebike

So I hear Sony are not ruling out a price rise for the PlayStation 5 in the future. Maybe if they do that they could lower the price of their first party games, as a compromise. Yeah, right…
Iceman

This week’s Hot Topic
The subject for this weekend’s Inbox was suggested by reader pete216state, who asks what’s the best graphics you’ve ever seen on a particular console?

It doesn’t have to be the best graphics ever, just the best graphics on that format. So, for example, the best looking SNES game or Xbox 360 title. What impact did the graphics have on you at the time and what games have since surpassed it?

Is your choice made primarily from a technical or artistic perspective, and if it’s the former how long did it stay on top?