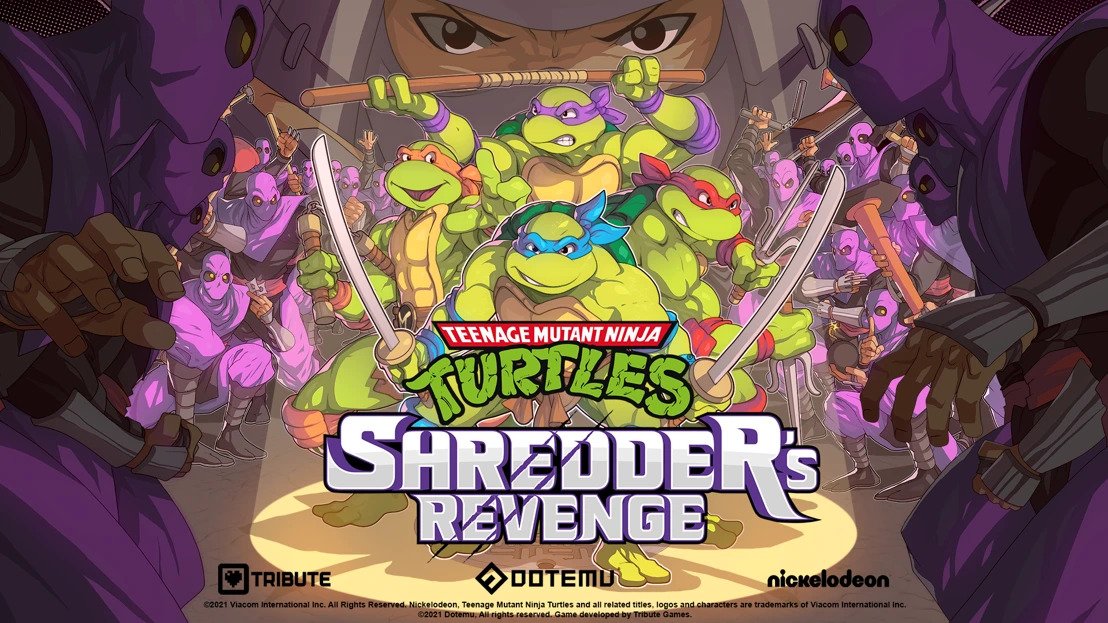 Discount E3
I don’t why, maybe because this one at least started at a reasonable hour, but I sat through all of the Summer Game Fest and… yeah, that sure was a lot of capitalism. Just like The Game Awards there are actual adverts in between all the trailers, which are technically adverts anyway. After a while it gets really draining to the point where I wasn’t really paying attention, so I may have missed a few things.

Despite what I’ve said I did mostly enjoy watching it, even if it did feel like a discount E3. Most of these games would never have even got mentioned at the real thing and the only big name announcements, that were E3 worthy, were Call Of Duty and The Last Of Us – neither of which I have any interest in.

So what games did I like the look of? Well, I liked the sound of Flashback 2 but you couldn’t really get a good look it. Witchfire looked good, kind of a mix between 2016 Doom and Hexen, and I’m still sold on Marvel’s Midnight Suns. But I think my favourite was Teenage Mutant Ninja Turtles: Shredder’s Revenge! It may be simple but that game looks amazing and I would’ve killed for it as a kid.
Stosh
PS: I just realised, Silksong wasn’t there again!

Sad State
So I’m guessing if The Last Of Us Part 1 was at the Summer Game Fest that means that there’s not going to be another State of Play for a while? That seems a very weird, one might almost say arrogant, move on the part of Sony. If Microsoft has a good show, and I can only assume Sony doesn’t know one way or the other, they’re going to be the talk of the internet for potentially months before Sony gets in any kind of rebuttal.

Maybe Sony has a spare State of Play ready to go up when needed but that seems very cynical, even though I know that’s the sort of thing they’ve done many times in the past.

The problem is that after two hours of Summer Game Fest we still don’t have much new to look forward. Some interesting indie and AA games but no major new announcements and no big new Christmas. GC was right, the pandemic is going to be messing up the games industry for years to come.
Focus

Bless us with blood
All Sony had to do to end Summer Game Fest was, rather than yet another infernal The Last Of Us remaster, just let Geoff say: ‘And finally we’ll leave you with this’. The screen would go black, an occasional distant moan would be heard. Some scratching amongst the pitiful death cries. Eventually just one note on a double bass plays. An eerie silence until ‘Tonight… Gehrman REJOINS the hunt” is said as the Bluepoint logo and ‘In collaboration with FromSoftware’ appears. Xmas 2022 for PlayStation 5 and PC.

That’s all I wanted.
Wonk

GC: We didn’t even get God Of War: Ragnarök and that’s actually supposed to be out this year.

More Metro
Disgusting to hear about how Russia has put Dmitry Glukhovsky on a wanted list. He’s obviously sensible enough to be out of the country but this means he can effectively never go back until Putin is removed, and that’s not something I’d bet on happening anytime soon.

The only positive out of that story is it made me realise how long it’s been since Metro Exodus, which I thoroughly enjoyed, and how it is weird that 4A Games hasn’t announced anything new since. Reading up on Wikipedia it seems both they and the original publisher have been bought by Embrace Group, so I hope that ensures a fourth game can happen.

Hopefully Mr Glukhovsky can be involved too, hopefully by involving some pointed criticism of Russian, as he is obviously as appalled as the rest of us as to how they are carrying on at the moment.
Wedgy

Season of the Witch
After a great first impression, I have to say I ended up being disappointed with Ni No Kuni: Wrath Of The White Witch Remastered. I finished it last night and I’m glad it’s over. It looks and sounds great, with some nice characters, especially Mr. Drippy, but the battle system left a lot to be desired. It was borderline broken at times with the AI for both the enemies and your allies all over the place. If I never see the Ward spell being cast again, I’ll be a happy man.

I think a lot of the problems stem from the game being two generations old now. I guess things like (endless) fetch quests, unavoidable battles (the enemies are visible but you can never outrun them) and bad AI were more acceptable back then, but now I find them intolerable. I don’t play many older games anyway but in future I think I might stick to remakes rather than remasters. I’d rather have problems fixed than preserved.
Ryan O’D
PS: I’m surprised Wrath Of The White Witch is considered the better game as I think Revenant Kingdom is far superior.

GC: We’ve never understood why Revenant Kingdom is so unpopular, but it was roundly rejected by fans and a major flop.

Rising Order
I’ve seen the new episode of Obi-Wan Kenobi now and you are not kidding, the whole thing is a complete rip-off of Fallen Order except it looks worse, makes less sense, and is far less entertaining. I just checked and the game sold over 10 million copies, did the filmmakers think it was too obscure that not many people would realise they were doing the exact same thing but worse?

Even the earlier episodes of the show it’s obvious that it’s doing many of the same things as Fallen Order in terms of time period and characters, but it’s just not as well done. The writing is super lazy and unimaginative. For example, the bit where Ellaria Sand is trying to get into the base is so cliched I thought there was no way they were going through with it but no… they did it (I’m trying not to do spoilers). The most boring and unexciting solution to the situation possible.

The whole thing is like that and yet the game is actually really varied and interesting. Maybe not the plot, or even arguably the characters, but the ending was really good and made me very excited to see the sequel. Oddly, so does Obi-Wan, because it makes the game look even better by comparison.
Colby

Mushroom Jam
Super Mario Basketball seems like the most obvious next sports game from Nintendo. You can have the following suggestions for free: Super Mario Polo, you get to ride around on Yoshis instead of horses. Super Mario Snooker, you could use Bob-ombs as the balls.

GC: Mario Slam Basketball was released for the DS and an adapted version was included in Mario Sports Mix for the Wii. They weren’t particularly good but you’re right that an expanded version is probably the most logical next game.

Naughty Flog
So finally we got pretty much conclusive proof that the The Last of Us remake is happening. As a fan of the original and the sequel, I can’t say I’m impressed.

I can understand Sony wanting PC players to be able to experience The Last Of Us for the first time and I think it’s great more people will be able to enjoy it. It also seems interesting that the trailer doesn’t mention the DLC, Left Behind despite footage from it being used, which makes me wonder if it will be incorporated into the main game rather than a standalone story.

I’m also glad that the remake seems to be faithful to the original rather than making any significant changes.

However, I can’t help thinking, what’s the point? I’m sure the game will look very pretty and the gameplay will be a bit better but the mechanics and gameplay in Part 2 didn’t differ that greatly.

I only played the remastered game just last year and can’t say the new version looks particularly better. If it hadn’t been reported by reputable sources like yourselves, I might have mistaken it for a fan-made trailer using PlayStation 4 footage.

The remastered version is around £15 or less to buy. Charging £70 for, on first glance minor upgrades, is frankly greedy. This doesn’t seem to be a remake but a remaster of a remaster. In my opinion Sony shouldn’t be charging more than £30 or £40 at most, if anything at all.
matc7884

GC: It is a full remake and the graphics do look different when seen side-to-side but it’s a common problem for any game that’s not that old, that any improvement only keeps pace with your memory of it and so the improvements don’t really register.

Inbox also-rans
Stars Wars Pinball VR is £7.99 on PSN Store currently, usual price £19.99. Just picked it up myself for that price. When it was on sale before for May the 4th it was £9.99! So it is a good job I waited to get it even cheaper!
Andrew J.

I caught the Call Of Duty: Modern Warfare 2 trailer out of the corner of my eye and I saw this guy. Is this Lewis Hamilton? I know he’s worked with them before so it wouldn’t be the biggest surprise if it was.
EvilMoomin

GC: Well, one of the maps is on a F1 track and if you say he’s a fan then that very probably is him.

This week’s Hot Topic
With the Xbox & Bethesda Showcase set to take place late on Sunday, this weekend’s Inbox asks you what you’re hoping to see announced, both at it and other E3-esque shows this June.

E3 may never be coming back but Microsoft, at least, is keeping to the same schedule with its big 90 minute preview event. So what games and other reveals are you hoping for? What surprises do you predict, including new hardware and service announcements, and games intended for release this year?

Sony, Nintendo, and third party publishers haven’t confirmed if they’re doing anything similar this month but if they do what do you hope from that? And what do you think is probably not going to happen?