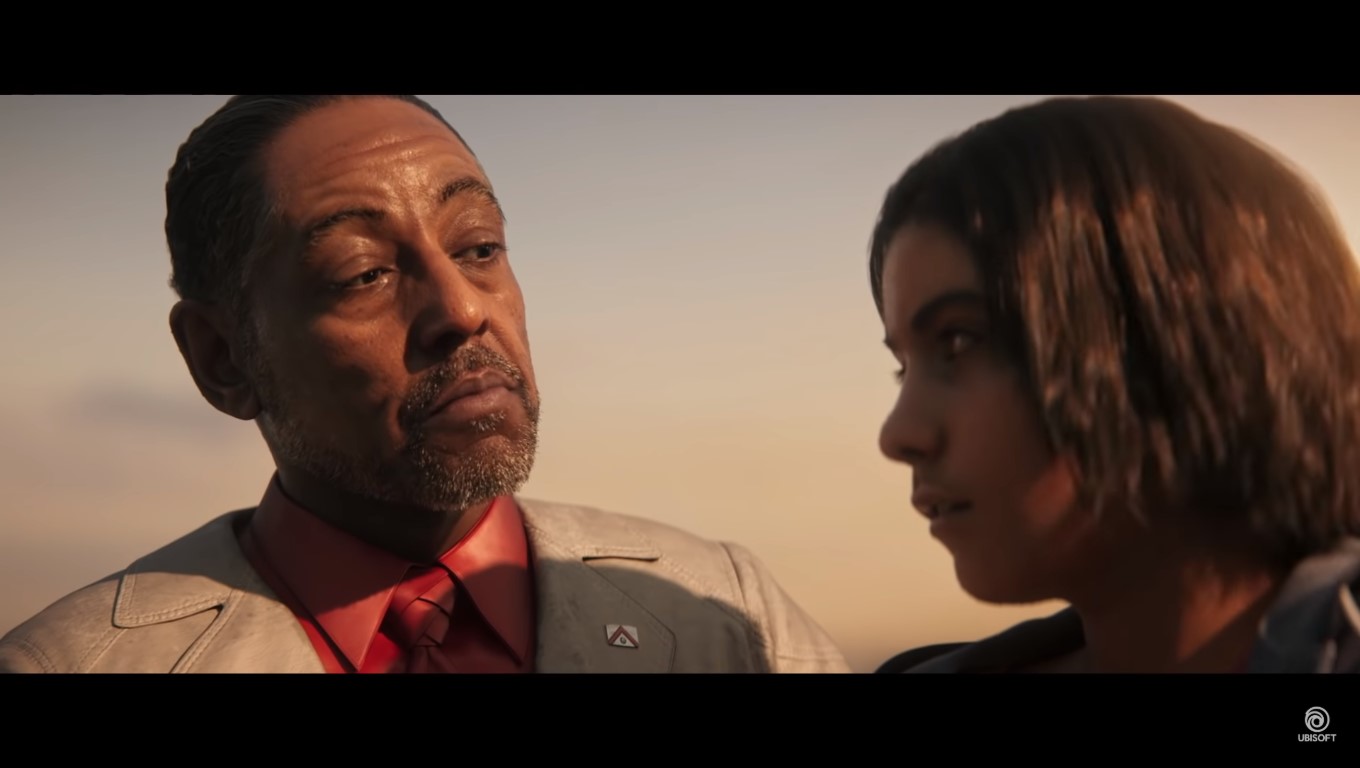 The Monday Inbox shares some theories as to whether Starfield has aliens like The Expanse, as readers discuss their love of Jeff Goldblum.

Quiet launch
Good Reader’s Features at the weekend, as usual, I think the PlayStation 5 one made some good points, but it had the added bonus of reminding me that Far Cry 6 exists and is out soon. Is it me or has there been zero hype on this so far? I’ve seen numerous cut scenes with Giancarlo Esposito’s character in it but hardly any gameplay. I’m not saying it’s not out there somewhere, but I haven’t seen it just through normal adverts and I find that odd. Does Ubisoft not think it’s going to be a major hit or something? I thought they were usually big sellers?

Normally I’d assume that means they’re hiding something, but I imagine the game is just using the same graphics as Far Cry 5 but done up a bit. I’d imagine it plays the same too, which isn’t a criticism but it leaves me confused as to why they’re not showing things off as they normally would.

It’s been a similar thing for Psychonauts 2. If it wasn’t for GC and other reviews I would never know that game even existed. Microsoft always seem so keen to flash their money around but when it comes to something important, like promoting a niche game that they went to the trouble of buying the developer for, suddenly it’s all too much effort. Marketing is such a crock.
Cubby

Big design
So my PlayStation 5 came this morning and I’ve just gotten around to starting to set everything up, I know it’s about the games and the design of the console itself is secondary.

But it’s bigger than I was expecting it to be and I can’t really say I like the design all that much. I’d have preferred another black box over this.

Need for crashes
The racing game genre seems to have become synonymous with pushing the graphics of each generation of consoles. But as the likes of Forza and Gran Turismo get more and more realistic car models and environments, it becomes ever more jarring and disappointing when you smash into a barrier at speed and all that happens is your speedometer dropping to zero.

I’ve been playing Burnout Paradise Remastered on the Switch (more or less completed it back on the Xbox 360) and the crashes are still so satisfying. I never did play any of Criterion’s takes on the Need For Speed games, but it’s sad how EA have effectively retired the Burnout brand, this once great franchise.

Any idea what the people at Criterion might be doing next?
ttfp saylow (gamertag)
Now playing: Burnout Paradise Remastered and Ring Fit Adventure

GC: Criterion are working on a secret new Need For Speed game. Although the crash issues you describe probably have more to do with restrictions insisted on by car manufacturers, given Burnout never had any real cars.

@Mark Fitz: In terms of playing the original I’d probably jump straight in on 2. There’s an opening sequence that reprises all the events from the original and VR game, so no issues on that score. If you really love 2 (I’m thoroughly enjoying it – particularly now the game has really opened up), you can always go back to play 1 as a prequel.
Matt (he_who_runs_away)

E.T. phone Bethesda
I can’t work out whether the lack of aliens in Starfield is because there’s going to be some kind of big reveal about them or if they’re just not in it. To me It seems a bit of a waste to make a sci-fi game where everyone’s human so I hope there’s some kind of clever idea behind it all.

My guess would be that they’re going for an approach like The Expanse where there are no actual aliens in there but you do see alien technology and what’s left of a galaxy-wide empire. That’s all very good for a show that can’t afford much in the way of effects but I still think it’s a shame for a game. Also, I’ve just realised that the way The Expanse handles aliens is basically a direct cross between Halo and Mass Effect.

Considering how long they’ve been working on it I’m going to say I’ve got confidence in Bethesda for now and I’m actually a bit surprised we got an update randomly out of nowhere on Friday, so hopefully there’ll be more of those.
Keef

Never forgotten
RE: review scores and whether you agree with them or not. Having played highly reviewed and critically acclaimed games, such as Red Dead Redemption, The Witcher 3, and even Zelda:, Breath of the Wild, I’ve tried and failed to play them since, where upon revisiting them all their annoyances, from wishy washy controls to degradable weapons to horribly convoluted menus and inventories form a barrier to my enjoyment.

But does that mean I would drop their initial 8/9 scores to a 6? No, because at the time of play, these masterpieces of entertainment made a huge and lasting impression in my mind and heart, from some brilliant writing and memorable cast of characters, to beautifully realised worlds to explore and get lost in. Not wanting to put the game down, when you have to be up early, thinking about them when you’re not playing, these games grabbed you from the start and demanded 200+ hours out of you. And a game like that doesn’t fade from memory too quickly.

As I said earlier, having tried to replay them to varying degrees of success and seeing and being annoyed by niggles that were forgivable during the initial playthrough, I would and have recommended them to friends family and strangers, because, as with me, their first playthrough will be spent marvelling at the sheer scale and enjoyment garnered from said games and hopefully give them some great and lasting memories to take forward in their gaming lives.

Me and friends still reminisce about Red Dead or Breath Of The Wild and me and my nephew even play an actual physical (nice smelling cardboard cards) game of Gwent from The Witcher from time to time. Memories to last a lifetime.
big boy bent

Jeff’s ending
I love Jeff Goldblum. You ever seen the secret ending to Jurassic Park: The Lost World on PS1, where he tells the player to turn it off and try and meet a member of the opposite sex?
ANON

Relaxing with dinosaurs
Loved your interview with Jeff about Jurassic World Evolution 2! He’s one of my favourite actors and just a great human being. I loved his honesty in the interview and even though he’s not a big gamer himself, the genuine enthusiasm for the Jurassic franchise as a whole and the character he plays. Fantastic!

When the original Evolution game released, it was OK but had some seriously annoying flaws, such as spending half your time micromanaging feeding the dinosaurs and their incredibly short lifespans in the enclosures. But after several patches, updates and extra content, the latest iteration is great. I really like the sandbox mode, it’s like a beautiful Theme Park with dinosaurs and a really relaxing way to spend time.

So, I’m really excited about the sequel coming later this year; along with the new Marvel’s Midnight Sons game you also previewed last week. These could be the games which encourage me to step into the next gen. Which is a bit strange I know as neither probably as billed as a AAA game, but quite frankly they’re more interesting to me than another first person shooter or racing game.
Brando
PS: I’ve written in several times before but I reckon between GC and Digi, I’ve been a daily reader for well over 20 years now! Probably more like 25. Can anyone beat that? If so, you’re going to make me the pig angry…

GC: To be honest, it was barely an interview, as we had to submit our questions beforehand and the publisher nixed the more interesting ones. Jeff Goldblum was so darn charming though, we still really enjoyed it.

Inbox also-rans
In reply to Matt’s comment on Thursday RE: Amiga. Hunter was an amazing game and I completely agree, well ahead of its time! Good call, sir!
Simon

Good on you for opening yourself for criticism with the weekend Hot Topic, GC. That’s not something other sites would do and I appreciated your comments about whether the reader had a point or not. Also, good to see Red Dead Redemption 2 getting some stick. I hate that game.
Pocorny

This week’s Hot Topic
The subject for this weekend’s Inbox was suggested by reader Ishi, who asks how much do you actually play video games at the moment?

Ignoring time spent reading about them, or watching other people play, how much time do you spend playing games yourself, on the average week? Do you have a set routine or period of the day you set aside for games or does it depend on whether something new has come out?

How regularly do you play and does it vary according to the time of year or other outside factor? How much has the amount of time you play varied over the years, as you’ve got older?