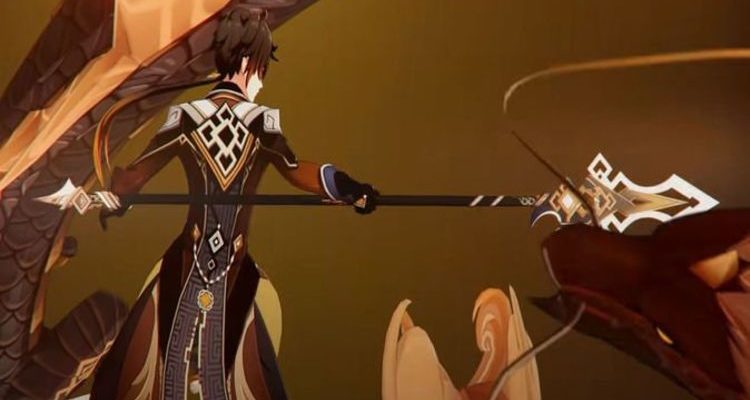 Developers Mihoyo has promised that there will be plenty of exploring to do after Genshin Impact 2.2 is released this week.

Tsurumi Island is a new location shrouded in mystery and fog, with new enemies lurking in its midsts.

The Rifthounds and the Rifthound Whelps are described as stealthy monsters from the Abyss which can turn invisible,

They will try and sneak around for the best opportunity to land a strike in combat, with both the Rifthounds and Rifthound Whelps boasting Electro or Geo attributes.

Mihoyo has added something else into the mix with the new enemy type, as Rifthounds will also cause Corrosion status to enemies.

When an attack hits a character, all party members will be affected by the Corrosion status and continually lose HP regardless if they’re shielded or not.

The bane of Tsurumi Island is unlikely to stop gamers exploring it though as there will also be a new seasonal event to exploit.

Thoma isn’t a new character as he accompanied you on your earlier quests, but this will be the first time the fixer will be available to use in your squad.

A message from Mihoyo provides more on what Thoma can add to your party, telling gamers earlier this month:

“Thoma is also a reliable teammate in combat, providing strong defence and buffs. Thoma wields a polearm and holds a Pyro Vision. His Elemental Skill Blazing Blessing can deal AoE Pyro Damage, apply Pyro to himself, and summons a defensive Blazing Barrier.

“With his Elemental Burst “Crimson Ooyoroi”, Thoma can help his teammates deal additional Pyro Damage to enemies. He even has a special Talent which grants successful fishing attempts in Inazuma a 20% chance of scoring a double catch.

“Last but not least, if you enjoy rhythm games, now is the time to play! In the Tuned to the World’s Sounds event, you will receive a new instrument Floral Zither to play a music piece with Ningguang, Zhongli, Keqing, Xiao, Sangonomiya Kokomi, Kamisato Ayaka, and the Raiden Shogun at different locations respectively.”

WHAT TIME IS GENSHIN IMPACT 2.2 UPDATE COMING OUT?

Developers Mihoyo has revealed that the Genshin Impact 2.2 release date has been set for Tuesday, October 12.

The new update will arrive after scheduled server maintenance, meaning that the Genshin 2.2 release time has been set for around 4am BST on October 13 in the UK.

For gamers in North America, the same Genshin update will be available to download at 8pm PST on October 12.

As mentioned above, maintenance is being performed, and this is scheduled to start at 11pm BST and last for up to five hours.

During this time, Genshin fans will not be able to log in and play or enjoy any of the game’s core features.

The upside is that gamers will be compensated for the downtime, with Mioyo revealing that there will be 300 primogems given out.