Genshin Impact presents a variety of supporting characters that accompany the Traveler through their adventures in the world of Teyvat, usually representing different regions, each one with their own unique abilities, combat styles, and background stories. One of those characters is the Raiden Shogun, the current Electro Archon and sovereign of the nation of Inazuma.

Initially introduced in Version 2.0 as the main villain in the Inazuma Arc, the Raiden Shogun is an Electro Polearm user that can act as Main DPS, Sub-DPS or even as a Support character, making her a very versatile unit that shines in any kind of context. 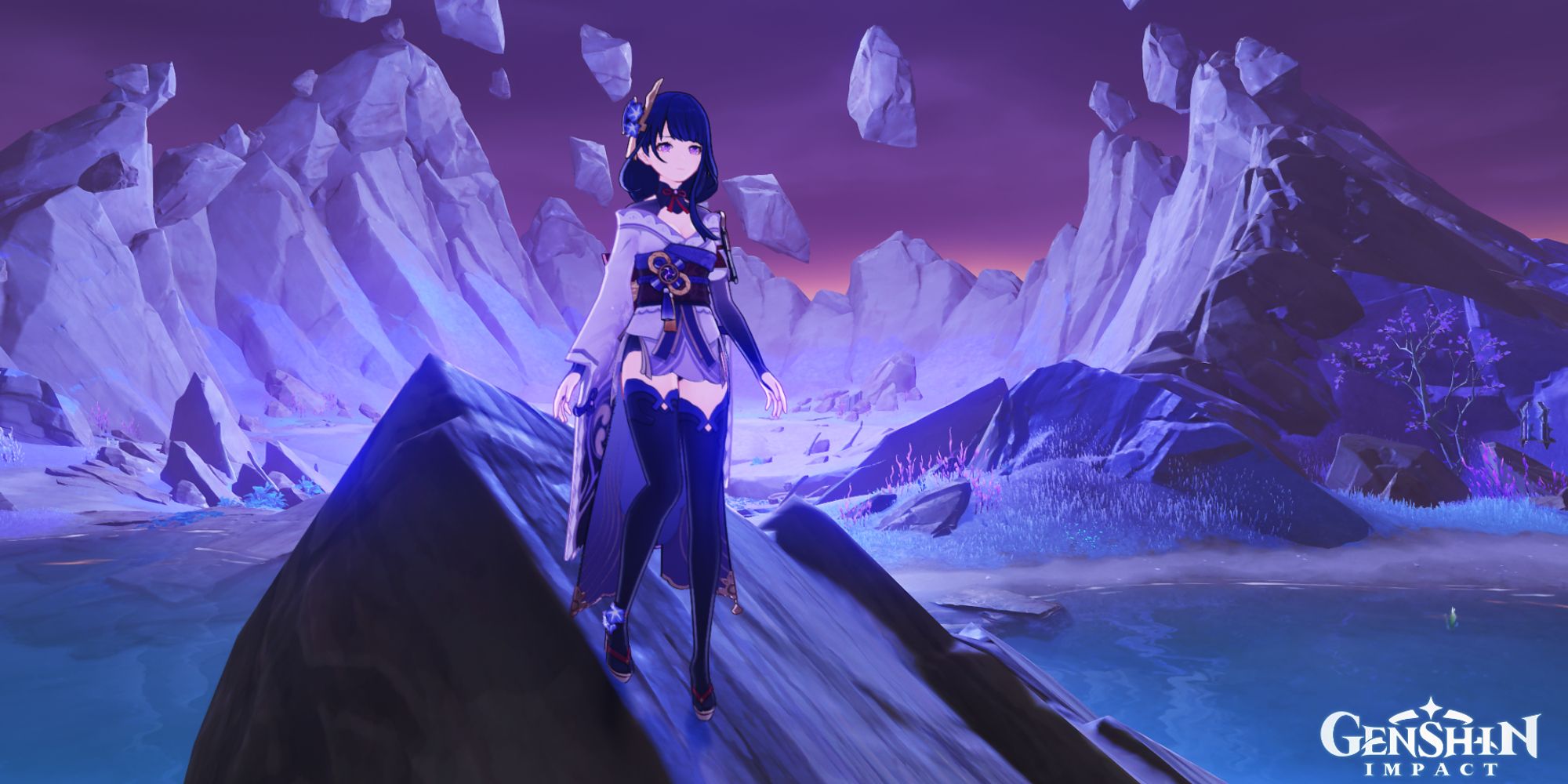 First and foremost, a breakdown of Raiden’s Elemental Skill and Burst is needed to comprehend what she can do and how:

The Raiden Shogun unveils a shard of her Euthymia, dealing Electro Damage to nearby opponents, and granting nearby party members the Eye of Stormy Judgment.

This Elemental Skill is both a strong attack, a great way to trigger Elemental Reactions, and a support tool for the rest of your party, making it a very complete technique for you to play with. This becomes more important when you notice the synergy between Raiden's Elemental Skill and Burst, since the buff on Elemental Burst damage for your teammates will in turn help you to effectively inflict better damage as you start building upon unleashing the Musou Isshin state. Which takes us to the next ability.

While in this state, the Raiden Shogun will wield her tachi in battle, and her Normal, Charged, and Plunging Attacks will be infused with Electro Damage. The following effects will occur:

The effects of Musou Isshin will be cleared when the Raiden Shogun leaves the field.

Is with this ability that the idea of a synergic teamwork between all the members in your party becomes pivotal when you want to play as Raiden. Since the Chakra Desiderata builds upon the combat techniques of your party members, you want to make her play in a team that can trigger Elemental Bursts fairly often, to take the most advantage of the Musou Isshin state. Leveling her Constellations and Talents will also be important, as they will add great bonus effects to Musou Isshin.

The passive Talents that Raiden possess effects that will help her to gain more Resolve stacks and obtain a better benefit from Musou Isshin, with the last talent just reducing the Mora cost of ascending certain weapons.

Raiden’s constellations help increasing the gaining of resolve for your Elemental Burst, help overcome your enemies' Defense, and add supportive Attack and Cooldown bonuses for your party. All of them solidify the already versatile nature of Raiden, making her excel at being really useful as a DPS unit, but also as a possible Support team member, or even a hybrid of both roles. The full list of Constellations goes as follows:

Given Raiden’s versatile nature, her role in a team will change according to what you can build around her. This allows you to assemble different parties and depending on Raiden’s approach in combat, the options are the following:

As a Main DPS, you want to accompany Raiden with two units that can supplement her offensive capabilities. For that very reason Fischl and Bennett are great options as Sub-DPS, since the first provides an incredible DPS assistance with her Nightrider skill and a great Elemental Resonance bonus, while the latter provides both an Attack boost and heals with his Elemental Burst, Fantastic Voyage. On the Support side, you should invest in a defensive shield enforcer like Zhongli, or you can also choose Jean, a DPS unit that can also heal the stronger she is. The recommended team comp goes as follows:

Raiden can develop as a great Sub-DPS thanks to her capability to support teammates with her Elemental Skill while also retaining a great damage output, and benefitting from the team's Elemental Burst moves to build her own. You want to pair her with strong Main DPS units like Eula or Hu-Tao, units that can work well in any situation that can also benefit from her elemental reactions. Support units like Diona or Barbara are recommended to maintain the party alive either with shields or pure healing, and Bennett as a fellow Sub-DPS is also a great option to maximize the damage output with his Elemental Burst (he can also create a great Elemental Resonance bonus depending on your Main DPS). The recommended team comp goes as follows:

As a supporting member of the team, you won't see Raiden too much at the front of the battlefield, instead focusing on boosting your team by using the Elemental Skill Transcendence: Baleful Omen, and the Damage buffing properties that its Eye of Stormy Judgment provides. Since your support abilities aren't on the healing side, you will need two Sub-DPS that can take care of mitigating damage and healing the party, which is why Xingqiu and Bennett are the best options, both being proficient at damage reduction or buffing, with healing abilities that will take the party out of any tight situation. Finally, you will need a solid Main DPS, which makes both Hu-Tao or Xiao great options, since they can inflict some serious damage while maintaining enough mobility to not end up being to vulnerable to damage. The recommended team comp goes as follows: