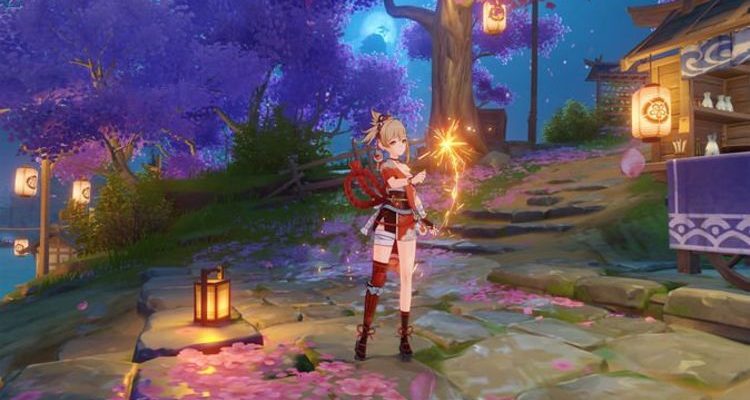 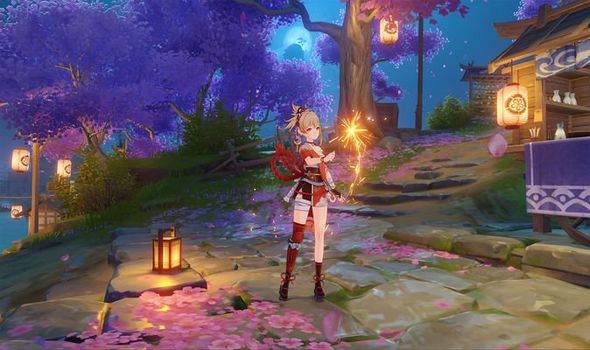 The Genshin Impact event scheduled for this week is launching very soon, with the Sayu and Yoimiya Banner release date the latest part of the ambitious 2.0 expansion.

Yoimiya will be headlining the Tapestry of Golden Flames Banner, with the five-star Pyro, who wields a Bow.

Owners of Naganohara Fireworks, Yoimiya is the most skilled pyrotechnician in Inazuma and is known as the Queen of the Summer Festival.

“Yoimiya is the other five-star character joining in Version 2.0. She’s a Pyro archer and an expert in fireworks. Known as the Queen of the Summer Festival, Yoimiya excels in her craft of creating fireworks that symbolize people’s hopes and dreams. The last character, Sayu, is a four-star ninja character who wields an Anemo Vision. Despite her petite stature, she can wield a giant claymore bigger than herself.”

And while Yoimiya will be the headliner, this week’s Genshin update won’t be the only character getting a boosted drop.

Like with most Banners, there will be a bundle of four-star fighters available alongside the main event.

The character list will include the following during this week’s August event:

Sayu is expected to be another big draw during the coming weeks, who has been raised in the Shuumatsuban since she was a child, and is extremely loyal to the organization.

WHEN DOES THE GENSHIN IMPACT YOIMIYA BANNER START?

Developers Mihoyo has confirmed that the Genshin Impact Yoimiya Banner has a scheduled release date for Tuesday, August 10.

PS4, PC and Mobile gamers should get access to the event at the same time, alongside the next-gen PlayStation 5 console.

And Mihoyo has also confirmed that the four-star Sayu character will also be available to unlock with boosted drop rates as part of the event.

The Genshin Impact Yoimiya Banner release time has been scheduled for 5pm BST in the UK on August 10, and 3pm PDT in North America.

A message from developers Mihoyo covering the new Genshin event explains: “After this event wish ends, the 4-star character Mujina Ninja·Sayu (Anemo) will be available in the standard wish Wanderlust Invocation in Version 2.1.

“Of the above characters, the event-exclusive character will not be available in the standard wish Wanderlust Invocation.

“The Test Run trial event will be open during this event wish. Travellers may use fixed lineups containing the selected trial characters to enter specific stages and test them out.

“Travelers that complete the challenges will receive the corresponding rewards.”

A new event is being launched this week as part of this week’s Banner, which will bring boosted drop rates to some top weapons.

This will include the 5-star weapon Thundering Pulse Bow and the 5-star Skyward Blade Sword.

Genshin Impact has proven extremely popular since it launched last year and is currently only available on a few platforms.

Genshin cannot be played on Xbox One or Xbox Series X but it is expected to launch on Nintendo Switch in the coming months.