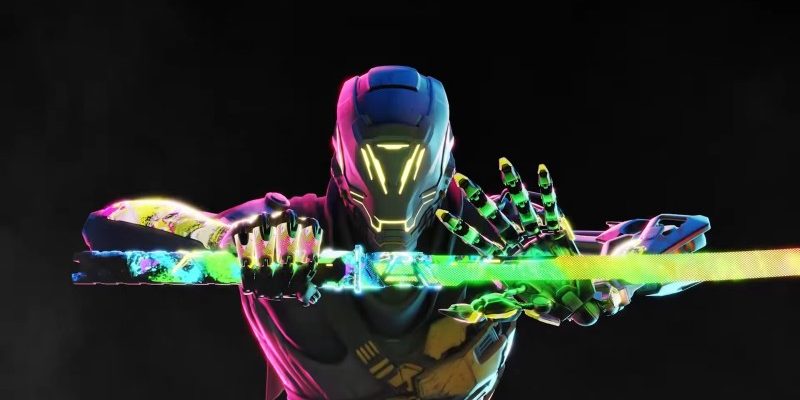 Ghostrunner is a thrilling but brutally difficult action platformer that requires pixel-perfect timing and quick reflexes to survive. Thankfully, things will be a bit easier for those who want to enjoy the ride with a lower skill ceiling, thanks to the arrival of the Neon Pack DLC. The new content bundle, which is available to purchase now for $4.49, adds flashy new swords and two additional gameplay modes, one of which adds some handy assist options to make your ninja parkour adventure less maddening.

Assist Mode adds handy accessibility options such as shorter cooldown times for special skills, the ability to take one extra hit before dying, and, perhaps the biggest boon, gameplay slowdown. This option decreases the speed of the action by two degrees, “slow” or “slower.” This allows players who have trouble keeping up with Ghostrunner due to physical disability, age, or otherwise to engage with the game at a pace better suited to them.

For hardcore players, the roguelike Wave Mode pits them against 20 randomized waves of increasingly challenging enemies. With every wave you complete, you’ll unlock another upgrade to equip to help keep you in the fight. A special prize awaits anyone who can slice their way through all 20 waves.

Neon Pack also bestows the Neon Night, Afterglow, Luminescence, and Glint swords. These colorful animated blades each come with their own glove set.

Ghostrunner is available on PlayStation 4, Xbox One, and PC. Native PlayStation 5 and Xbox Series X/S versions are scheduled to release September 28. Meanwhile, Ghostrunner 2 has already been announced for new-gen consoles and PC, though the release window remains a mystery.

What do you think of the Neon Pack? If you bounced on Ghostrunner due to its difficulty, does the assist mode entice you to give it another go? Let us know in the comments!