When it comes to raw destructive power, nothing compares to Fire Weaving in Ghostwire: Tokyo. Sure Wind might fire faster, and yeah, Water has more of a universal appeal, but Fire is king when it comes to AOE damage. It doesn't matter what you need banishing, or how many of them there are, Fire will always have your back. Well, it will right up until you run out of "ammo".

This is where Jizo Statues come into play. Of the 52 Jizo Statues available to find, SEVEN are dedicated to Fire Weaving. Considering you only start with a handful of casts to begin with, you are never going to be able to throw Fire all willy-nilly. That being said, more than doubling your stock is well worth the scavenger hunt.

Where To Find All Fire Jizo Statues 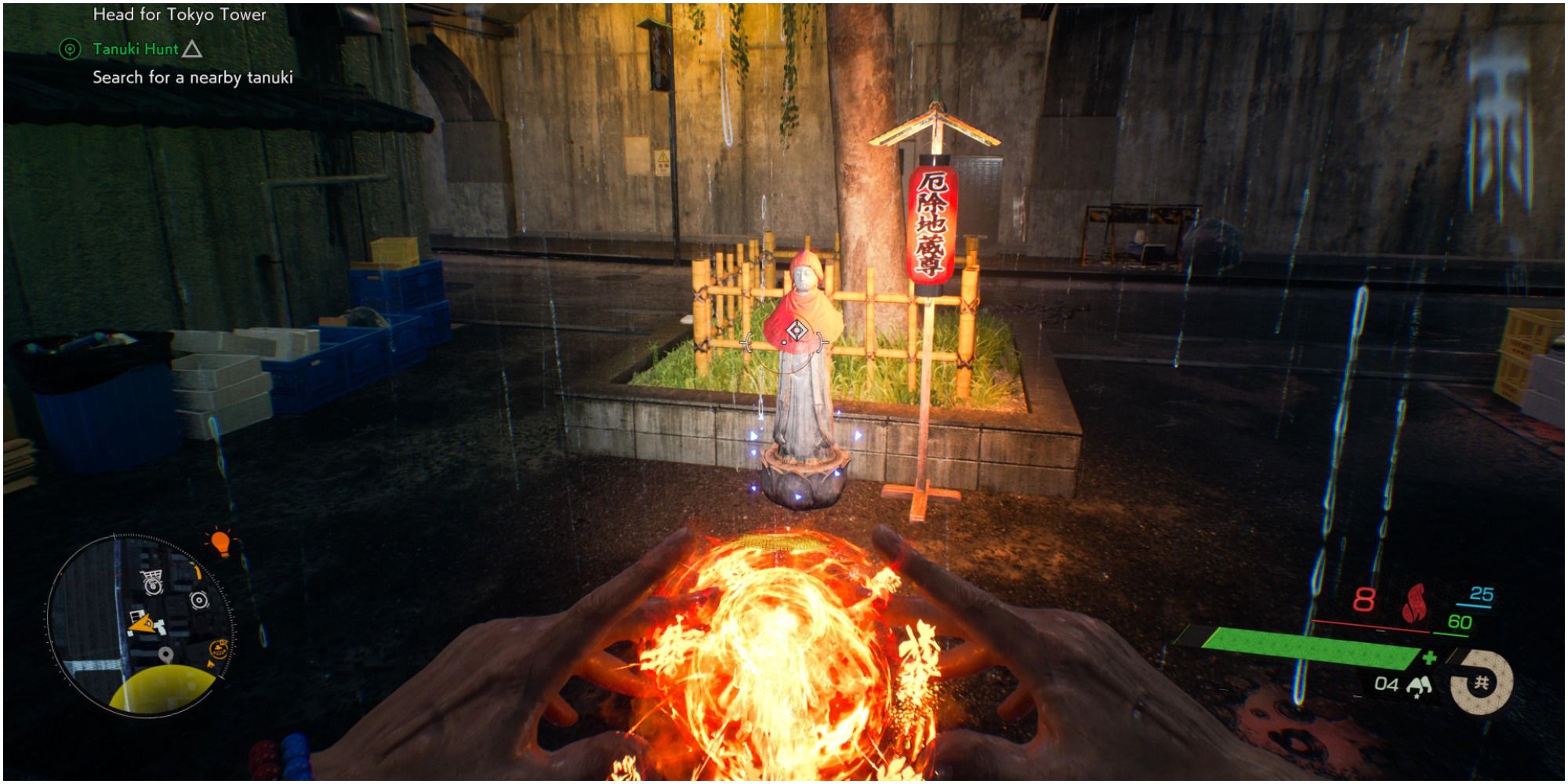 As is usually the case, you won't be able to locate all seven Jizo Statues from the get go. Many statues are hidden behind fog, and some of this fog can only be cleared by cleansing late game Torii Gates. As a result, if you want to max your Fire Weaving, you are going to have to wait until Chapter Four. 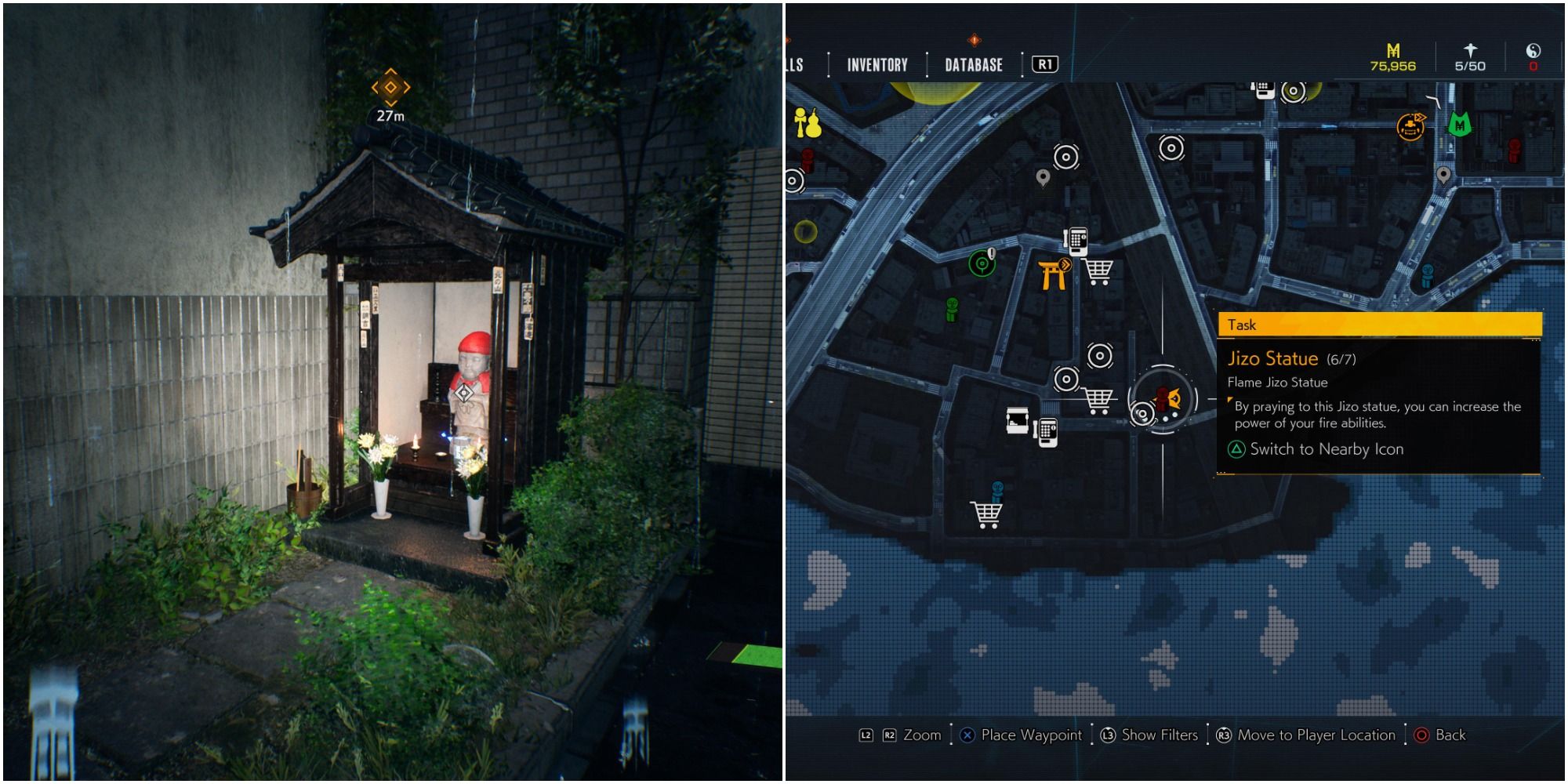 Head to Akitsu Shrine and go southeast. You will come to a large highway. From here, go through the underpass, and you'll bump into the Jizo Statue. 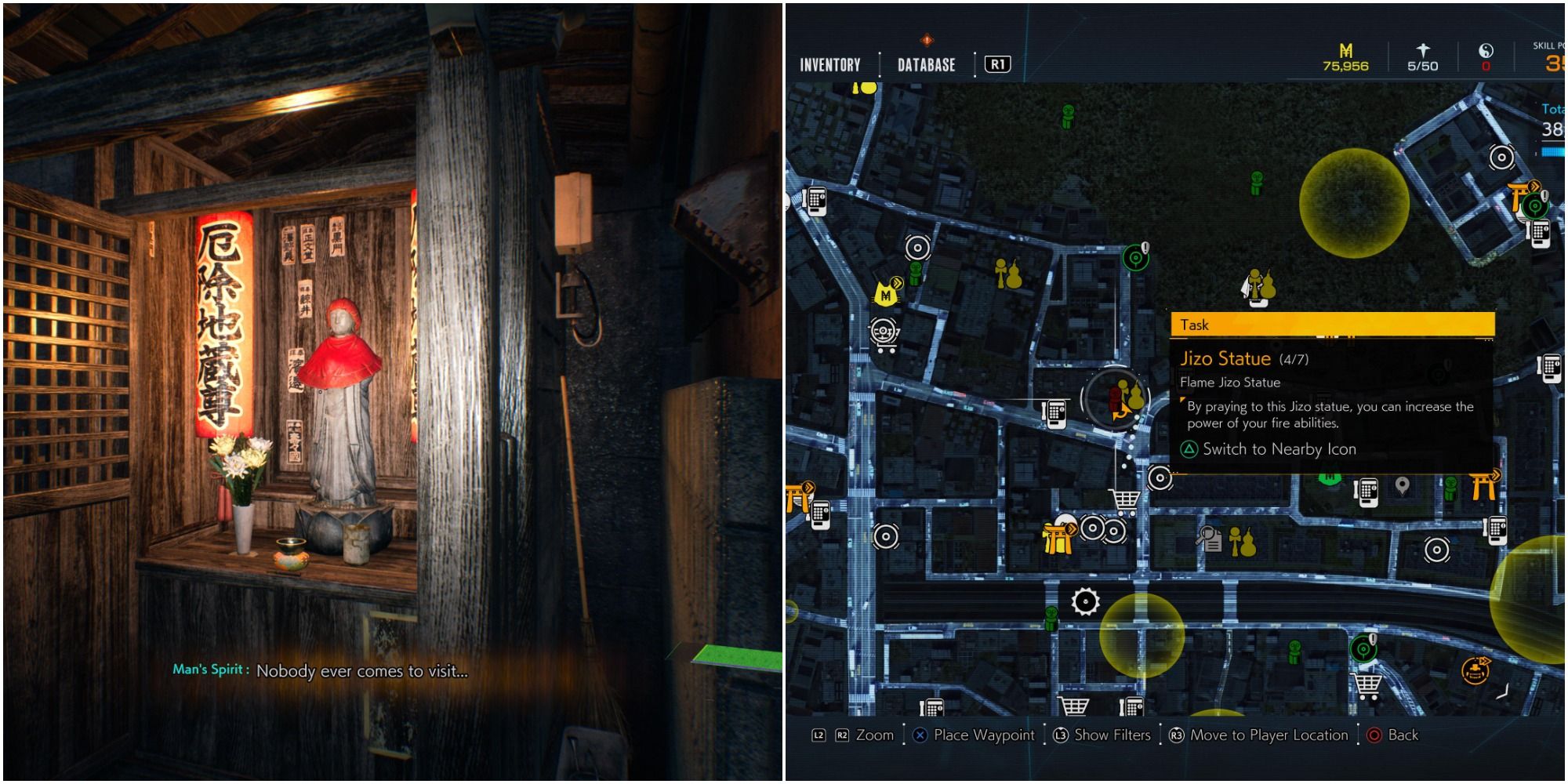 Go to Hitani Shrine and go east towards the main road. Follow this road northeast, and take the first alleyway to the north, near an orange building. You will find the Jizo Statue in a small wooden shrine. 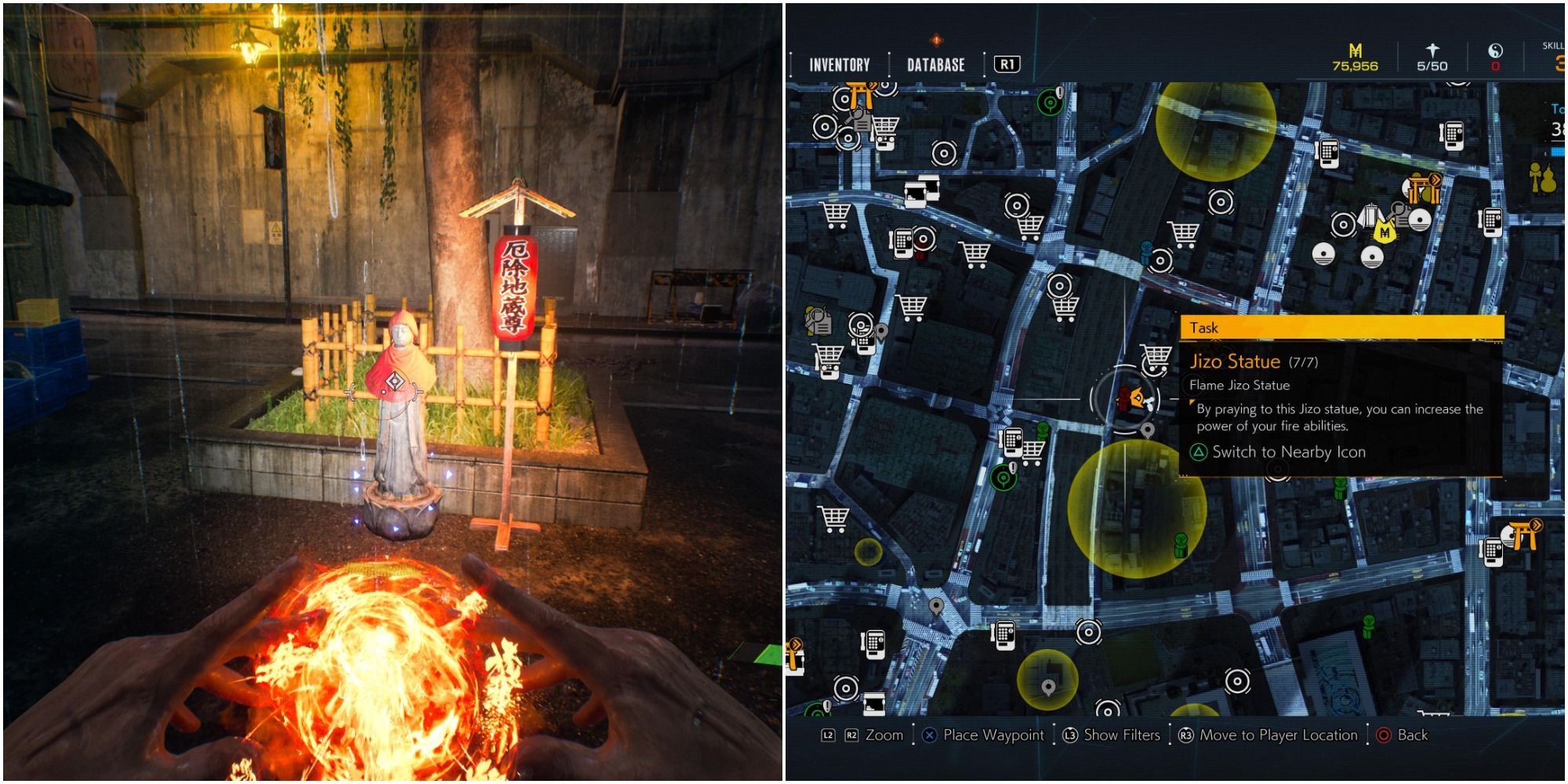 Head to Mikubo Shrine and make your way towards the Drunkards Alley Landmark. The Jizo Statue is above the alley, near some Singing Ghosts. These ghosts will spawn in additional enemies if they spot you. Take them out, or make a dash for the Jizo Statue. 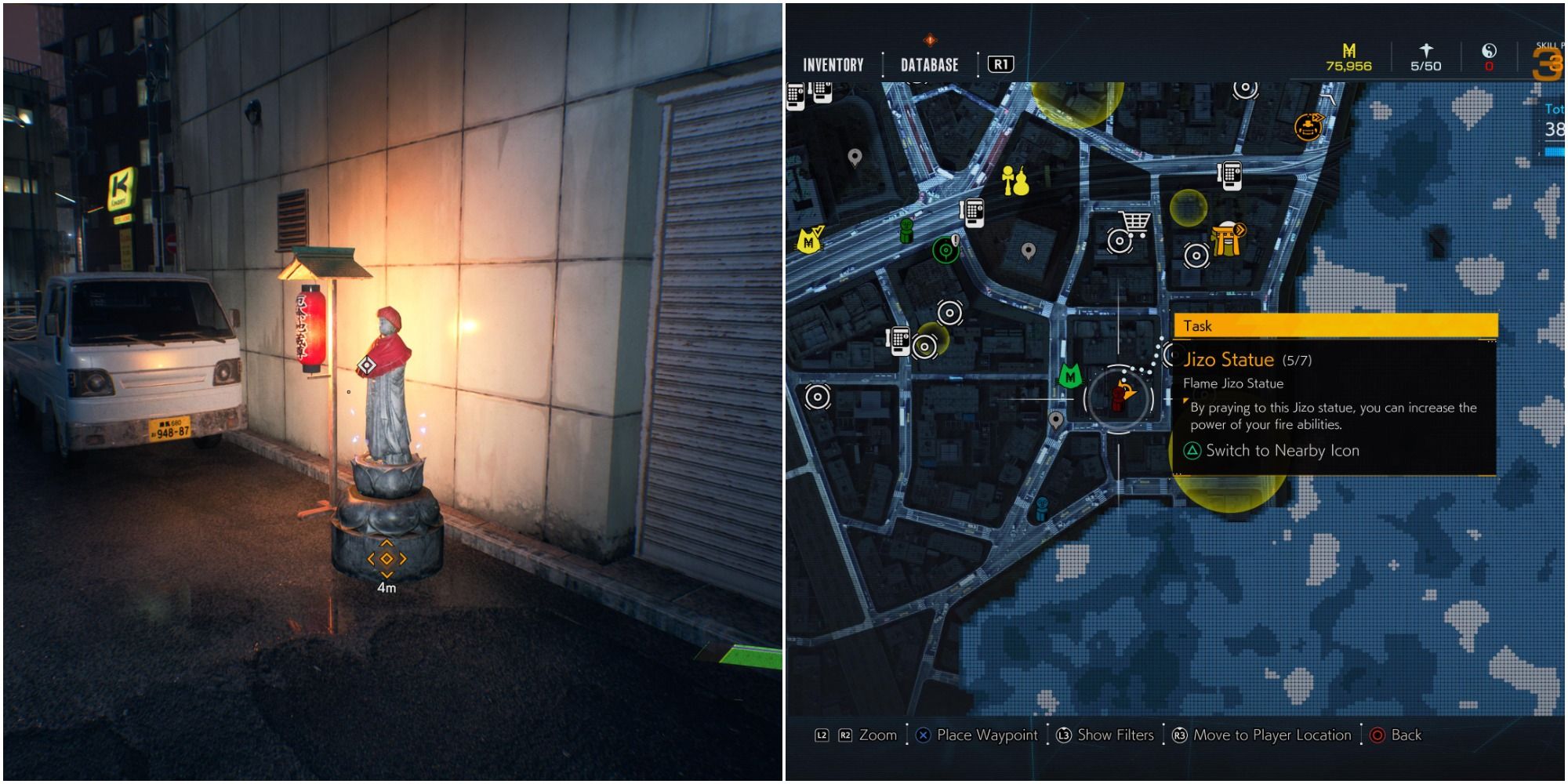 Travel to Kamio Shrine and make your way towards the Neksuke Collector Nekomata stall. From here, head east into an alleyway with some bicycles. You will find the Jizo Statue near a small white car. 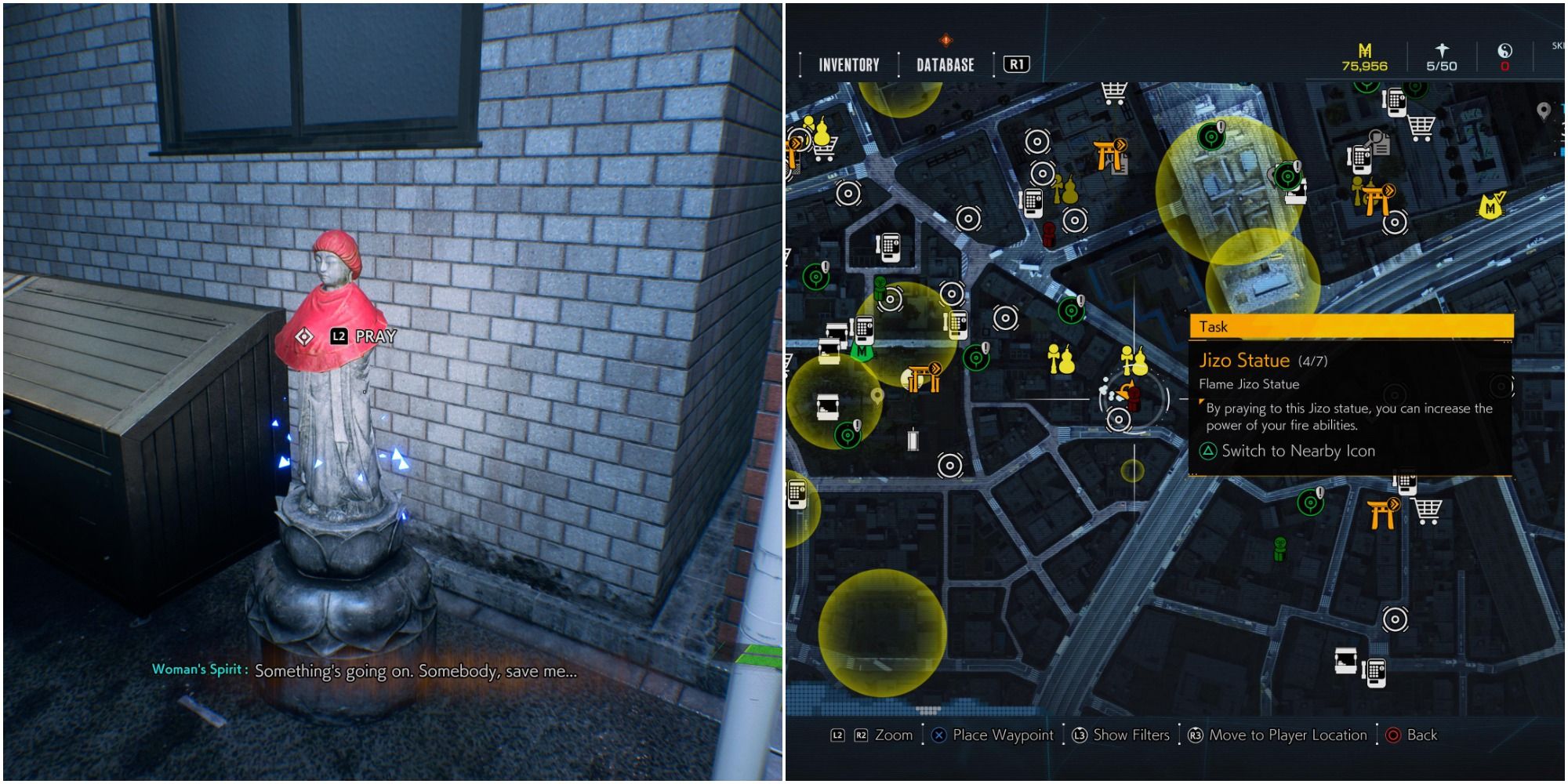 Make your way to Shiroyama Shrine and head directly east. You will come across an alley near a Tengu Grapple Point and some bins. Head into the alleyway, and you will run into the Jizo Statue. 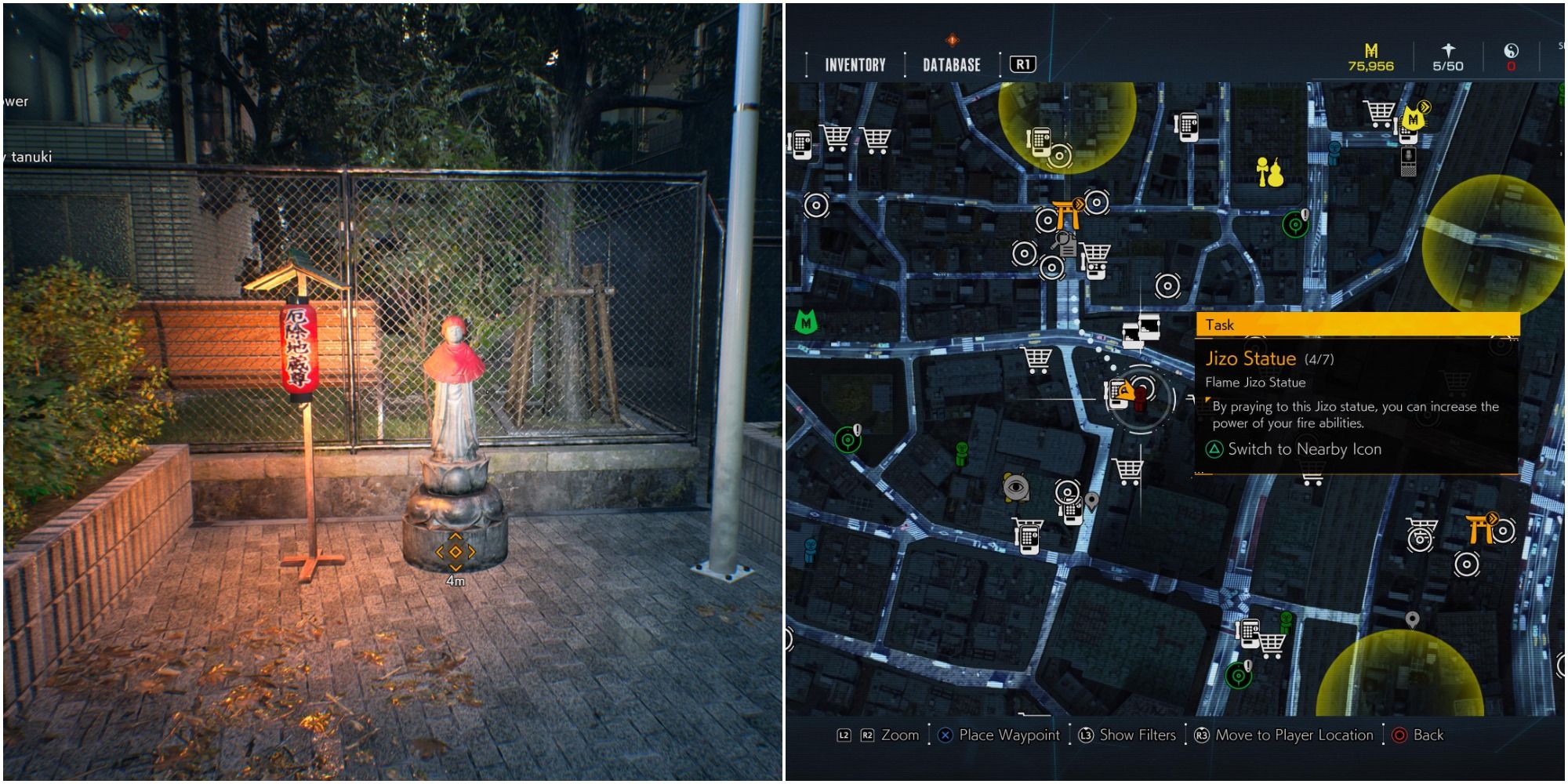 Travel to Utagawa Shopping District and head south. You will find a shop called "Incident Homes". The Jizo Statue can be found under a lamppost near here. 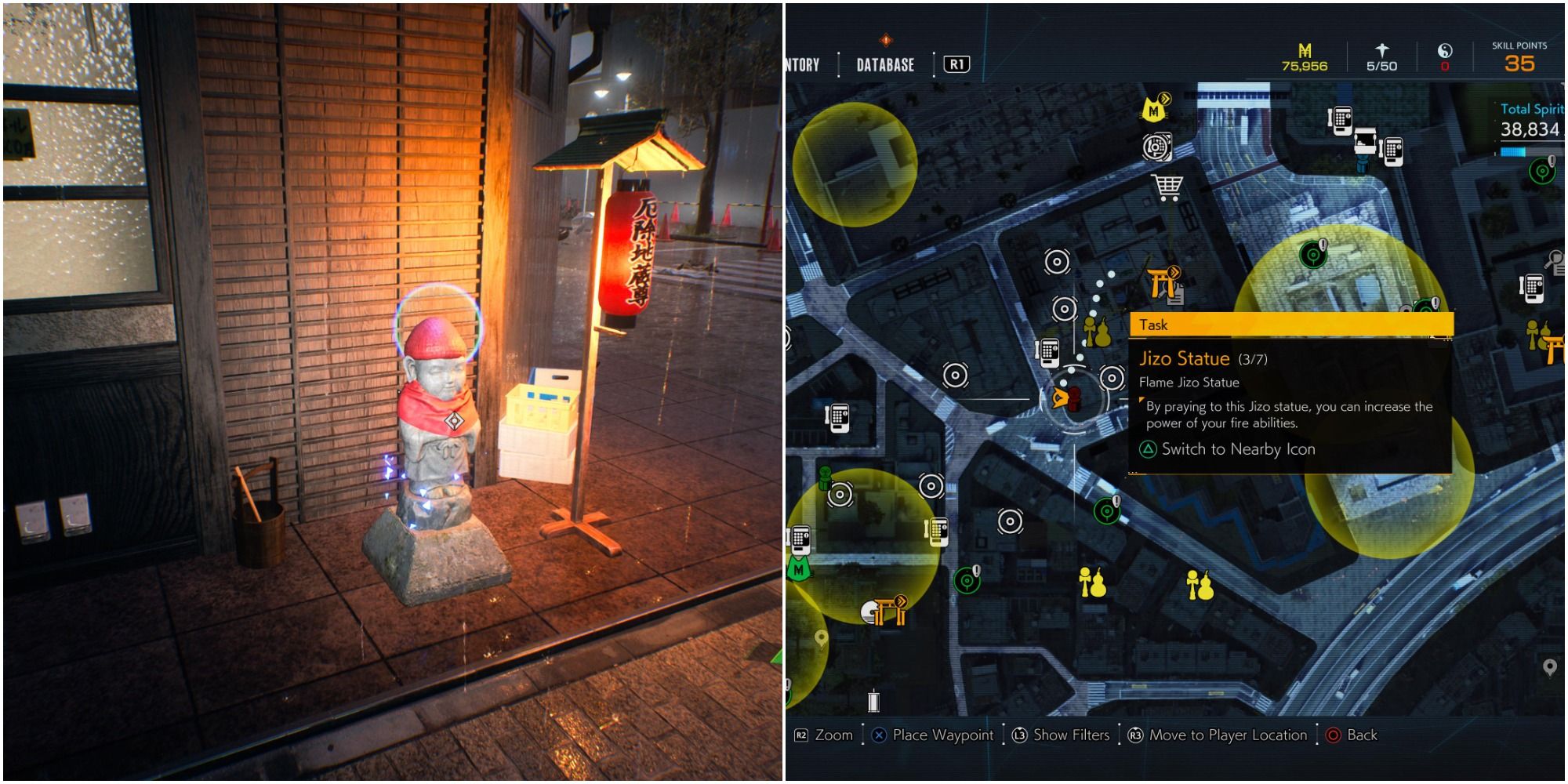 To get this Jizo Statue, you need to travel to Yashin Shrine. From here, head southwest. You will come across a large intersection, and near this, is a subway entrance. Left of the entrance is the Jizo Statue.