There's perhaps no greater rivalry than the one between Cloud and Sephiroth, but if we were to go beyond gaming, the rivalry between the Joestar family and Dio Brando comes close. Sadly, we're still waiting on a mod to make Sephiroth look like Dio, but we've got a mod that turns Cloud into Joseph Joestar, so there's that.

Courtesy of mod creator Crandif comes a simple texture mod that inks up Cloud's face in Final Fantasy 7 Remake so that he looks like a manga character. The effect doesn't quite make Cloud look like a Joestar, but it does certainly make him look like a character from Jojo's Bizarre Adventure. The baggy jeans and green turtleneck are a nice touch.

"Your next line is: 'Wow a JOJO mod for Final Fantasy 7 Remake!?,'" reads the mod description over on Nexus Mods. "Yes it is here Joseph Joestar recoloring for Cloud's Standard Outfit." 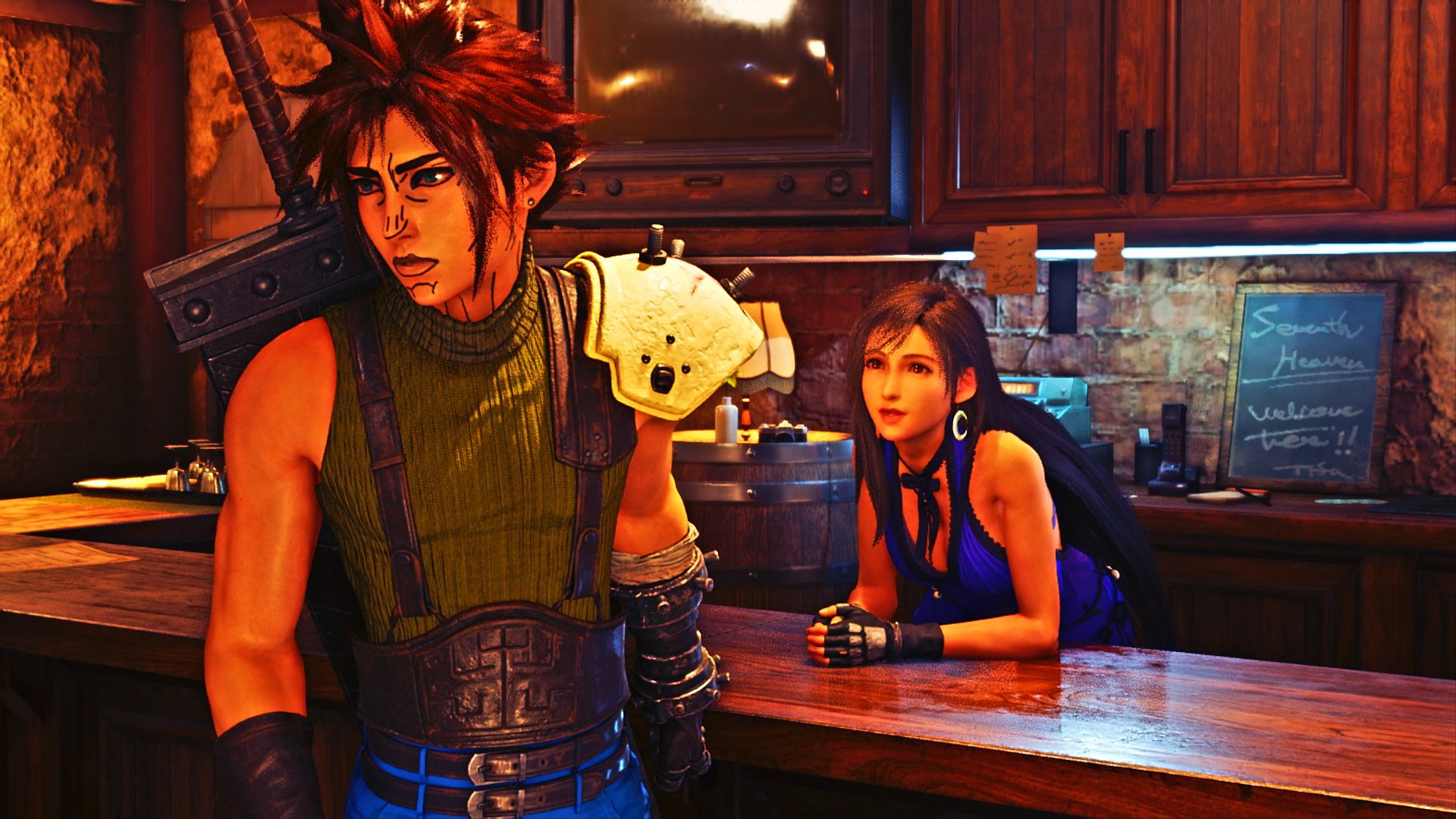 Installing the mod is simple. Just open up the ".paks" folder of your Final Fantasy 7 Remake installation and then plop the unzipped mod file inside. Next time you boot the game up, you should be greeted with a very manga-y Cloud.

The mod was recently updated with an alternate tank top for Cloud that better mimics Joseph Joestar's iconic threads. Just download the alternate file on Nexus Mods and follow the same installation process to install.

Crandif has been busy with Final Fantasy 7 Remake. The same modder also made "Sephironald" mod that gives Sephiroth the same makeup as Ronald McDonald, and also the "Chaerith" mod that replaces every Aerith weapon with a chair. It doesn't replace the battle music with John Cena's entrance theme, but it should.

We’ve also got a ton of other mods to tickle your fancy, including one which replaces Cloud’s outfit with the dress he wears at the Honey Bee Inn. There’s more, but you really only need that one.