In 2018, God of War rebooted itself with a mature narrative that changed the game from a hack-and-slash to an action RPG. It told a father-son story that pushed Kratos further than his quest to kill all the gods on Olympus, showing us a caring side to the Ghost of Sparta that we’d only caught glimpses of in the Greek saga. It did this all in a single camera shot, the action never leaving Kratos’ side. It was an interesting gimmick and an impressive technical feat at the time. But as it returns for God of War Ragnarok, it’s clear the trick has reached its limitations and is overstaying its welcome.

The idea of the one-shot isn’t new, films have been doing it for over 70 years. Alfred Hitchcock’s Rope was the first to utilise this technique, hiding cuts with transitions by panning the camera behind furniture and zooming in and then out on key objects. Rope takes on the style of a play, with the camera taking the role of the audience, its constant gaze on the murderous protagonist slowly unravelling them. Other modern films have used the technique too, whether it be Birdman’s increasingly erratic camerawork to show a life unravelling quickly, or the one-take (no tricks, just a single shot) technique in Boiling Point to show a crumbling restaurant under pressure. When used deliberately, such as in the contained apartment space in Rope, it excels, but in Ragnarok the cracks are starting to show.

The idea is that you get an uninterrupted view of whatever’s happening on-screen, drawing you in closer and making you feel more immersed. Several continuous shots in Children of Men pull this off, as does the famous hallway scene in Oldboy, and the twisting tricycle ride in The Shining. But, less is more, the second you realise you’re in a continuous shot the illusion is shattered and you start looking for hidden cuts, ruining the point of the immersion. They’re best when you don’t notice them until after the camera cuts away and you can finally breathe easy again. Ragnarok spoilers follow. 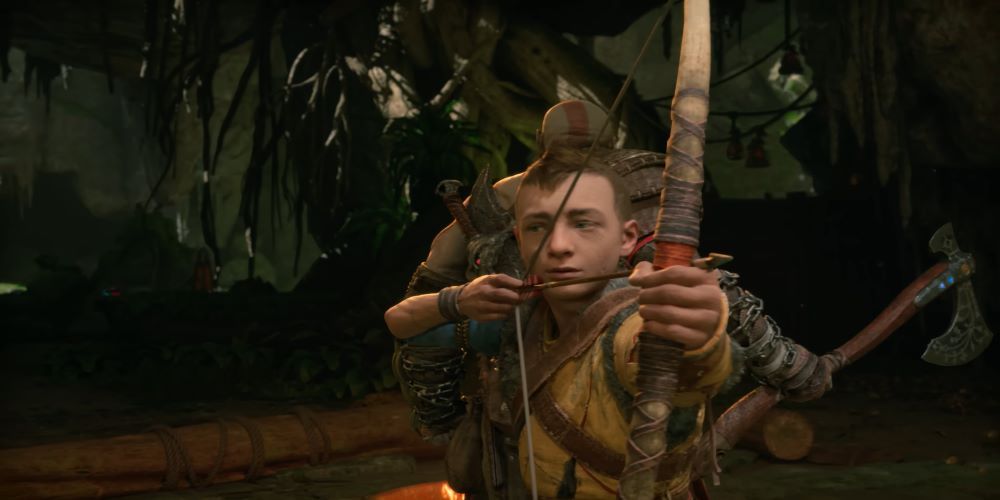 While I’ve been playing Ragnarok, the fact the camera lingers has always been in the back of my mind, making me hyper-aware I’m playing a video game and stopping me from diving into the story fully. Nowhere is it more egregious than the scene where Atreus runs off to Asgard. By this point, the perspective has switched between Kratos and his son a few times, so I know what to look for. The camera swings around the God of War and rests behind the young giant, but as all his companions tell him not to go to Odin, the camera remains static, lifeless. There’s so much emotional weight in the scene, but the refusal to do so much as a close-up on any of the characters means it all falls flat, ruining what should be a poignant moment.

With the camera behind Atreus’ back, Freya, Tyr, Brok, and Sindri all gradually fill the frame, surrounding Kratos and Mimir as they plead with him not to go to Asgard. The sense that he’s being ganged up on and surrounded is conveyed brilliantly, but that’s it. With his back taking up a good chunk of the frame and the rest of the cast being quite far away, there’s no way to read the intricacies of their performances. This distance highlights that the teenager feels like no one understands him, but it could have done all that and more if the camera at least moved in to show the rage on Kratos’ face or the concern in Tyr’s bifrost eyes. 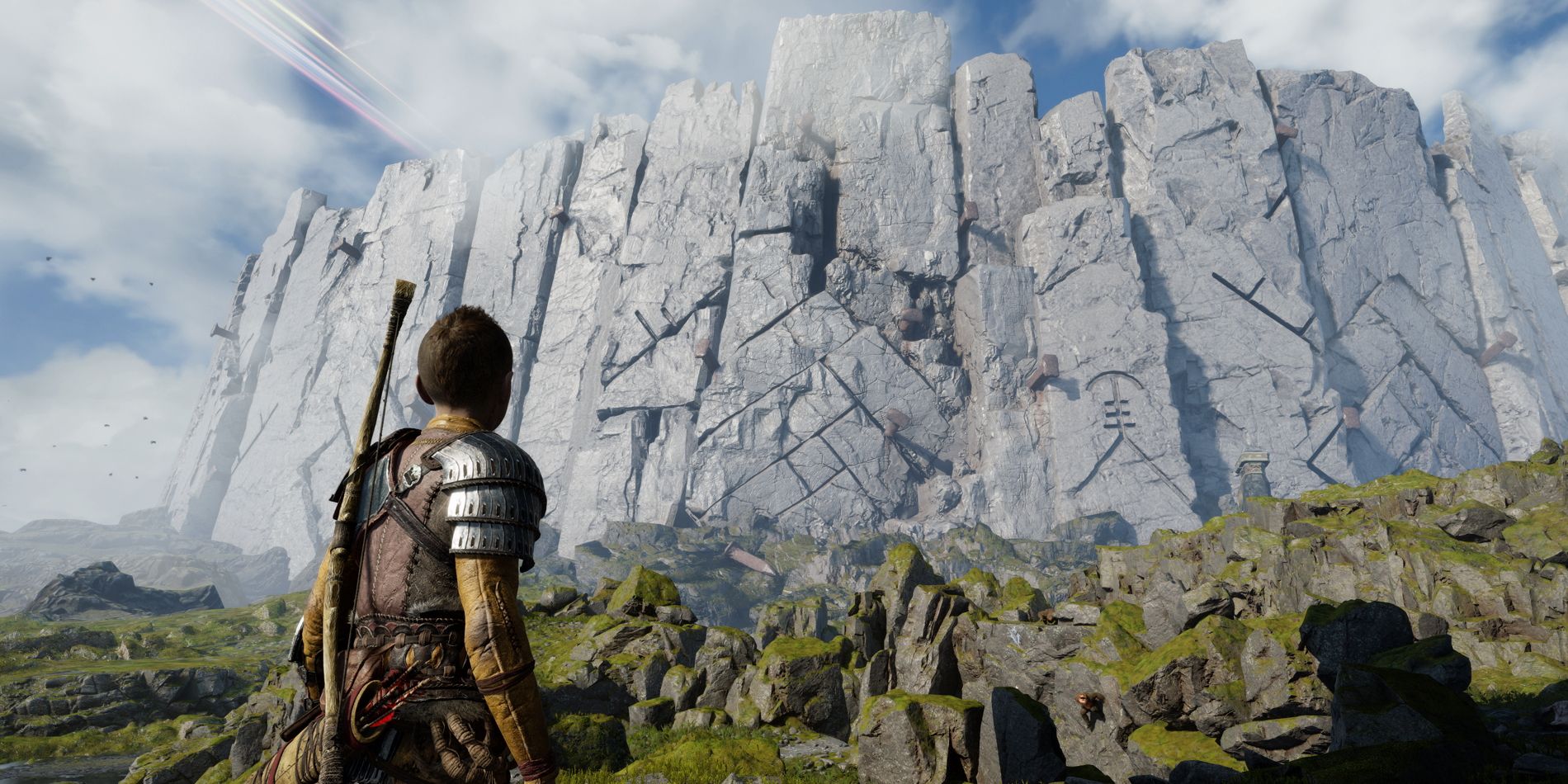 As Atreus runs to the gateway to flee the house, Kratos bursts out and screams after him, “Boy!” This is the only time he does it in the entire game. Despite its popular meme status from the first game in the Norse saga, the devs opted to drop it to reflect Kratos’ newfound respect for his son after their journey together. It’s important that he shouts it here as it shows not only is he angry, he’s lost that respect for Atreus. But we don’t see that because the camera insists on remaining behind Atreus, leaving Kratos a speck in the distance.

In a series so praised for its performances, sticking with the gimmicky one-shot is failing them. It’s done to keep the focus on the characters, always centering them, but this is entirely possible with traditional editing too. Christopher Judge is intense, he’s poured his heart, soul, and experience as a father into this role, and not seeing the complex emotions on his face as he yells out does him and the game a disservice. I know this is Kratos and Atreus’ story because I play as them, I shouldn’t have to stare at their backs the entire time and squint at what’s ahead.