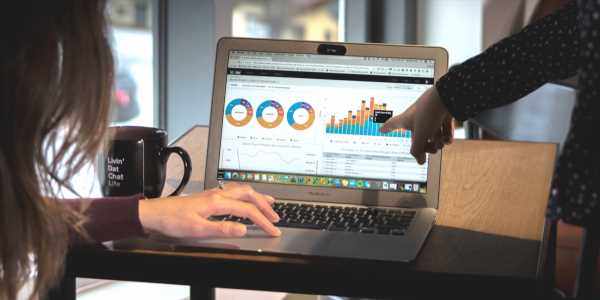 A day after its Security Summit, Google announced new features heading to Looker, the business intelligence platform it acquired in 2019 for $2.6 billion. The newest version of Looker — Looker 21 — introduces a revamped portal and extension framework as well as support for hosting on Microsoft Azure.

Looker makes use of a modeling language called LookML that lets data teams define the relationships in their databases, allowing business users to explore data. Originally built for database management systems like Amazon Redshift and Google BigQuery, the Looker platform, which has thousands of customers, now offers a range of services for database work.

“The pandemic has certainly accelerated Looker adoption and usage as a large portion of customers had to shift strategies starting in March 2020 and with every restriction change since,” a spokesperson told VentureBeat via email. “To further demonstrate adoption since the pandemic hit, and as a proof point for Looker as an API for Google, we’ve seen the number of end users leveraging embedded analytics through Looker grow 4x from June 2020 to June 2021.”

Perhaps the highlight of Looker 21 is the Extension Framework, a part of the new Looker Developer Portal, which will be live starting the first week of August. According to Google, the Extension Framework is designed to take care of some of the more tedious aspects of building a web app, like hosting, security, and DevOps.

One company, 4Mile Analytics, leveraged the Extension Framework to compare metrics between slices of a dataset, allowing their users to ask questions and gain insights from the data. “Using the Looker Extension Framework has been a game changer for us. We are able to quickly develop and deploy applications. We need not worry about authentication, hosting, and are able to match the look and feel of the Looker platform, saving time on front-end development,” 4Mile CEO Nick Fogler said in a statement.

“Looker is the strategic data API for Google, meaning it provides a semantic model and service APIs so that developers can build data rich applications at scale. With this, organizations can move beyond business intelligence and start to embed intelligence and insights right into the work experiences of their employees and build new data products or experiences for their customers,” Gerrit Kazmaier, VP and general manager for database at Looker told VentureBeat via email. “Every AI project is a data project in disguise. With Looker, we provide a semantic rich data model that can be used by data scientists to have a common foundation for their work … Looker makes working with data simple by powering experiences tailored to the way people work.”

Beyond the Extension Framework, Looker 21 features the API Explorer, an interactive way to explore the Looker API, prototype requests, and execute complex API calls without writing code. There’s also Filter Components, which allow developers to bring the filters they declare on any dashboard in Looker into embedded apps or extensions. Cloud Cost Management offers out-of-box reporting and business intelligence capabilities to get up and running across Google Cloud Platform, Amazon Web Services, and Microsoft Azure. And the enhanced Looker mobile app — which is available in 22 languages and supports biometric authentication like face or touch ID — allows team members to get analytics on the go on their mobile devices.

“These new features were developed to help organizations deliver data-driven experiences at scale — a critical capability for successful business transformation. Over the past two decades, the way we experience data has fundamentally changed,” the spokesperson continued. “We believe that the way we’ve become used to experiencing data in our personal lives has influenced what we expect from data at work.”