Grounded eagerly mashes A Bug’s Life and Honey, I Shrunk The Kids together to create a fascinating survival experience that you can enjoy with friends or, horrifyingly, alone.

You can easily pour hours into building a solid base, discovering the secrets of your shrinkage, and basically just exploring the wonders of the now-gargantuan backyard. Whether you’re facing the dangers of the outside in multiplayer or on your own, though, there are a few things we all end up doing at some point during the adventure.

10/10 Try To Explore Every Little Area 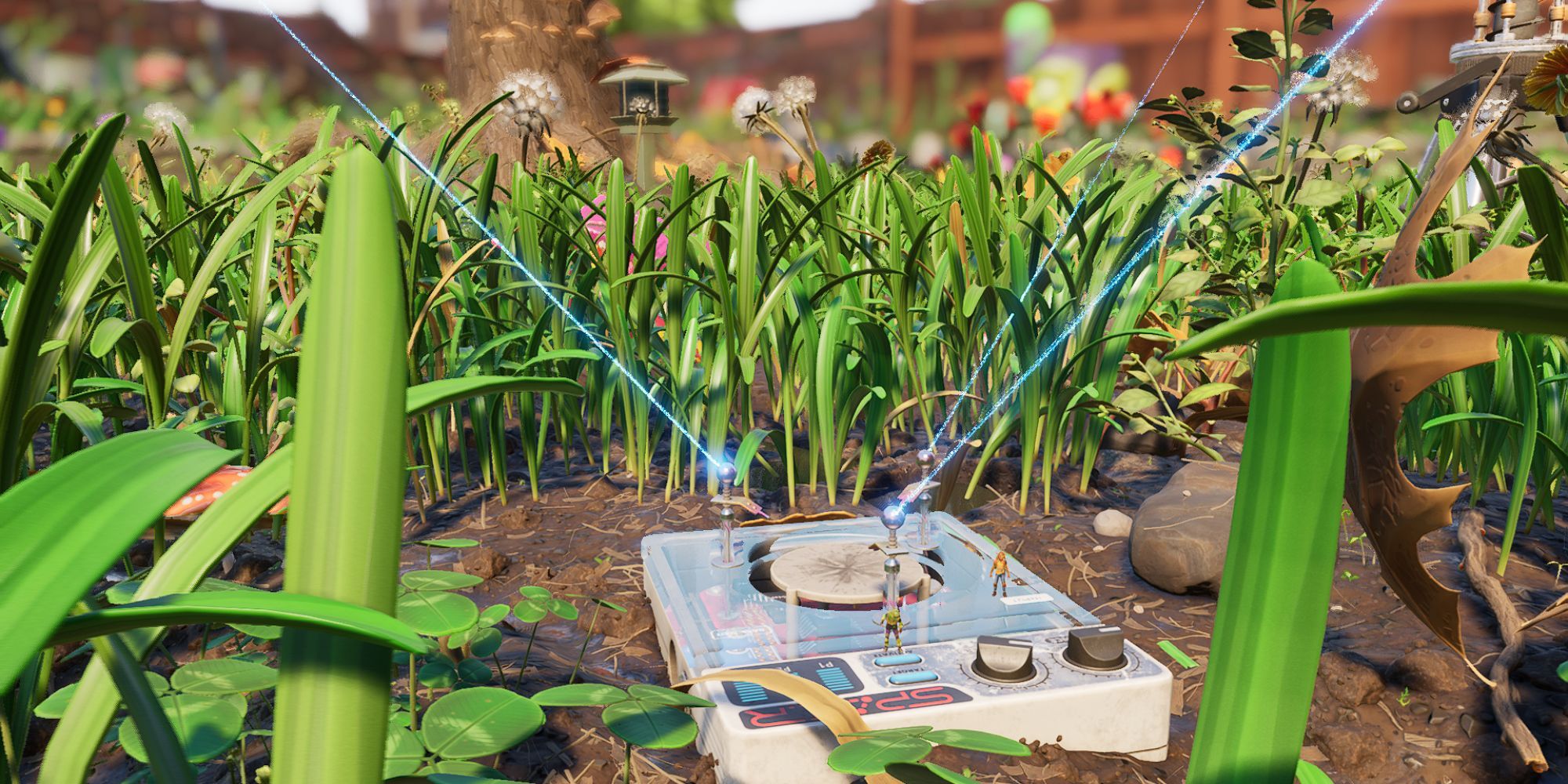 When you have the advantage of extra tininess, it’s hard to resist exploring every nook and cranny. It’s especially tempting when there are tons of labs, secret locations, and cool little things to find across the place.

From the pond to the hedge, there are so many different areas worth checking out in Grounded. Any player that really gets into the game makes their way through the map in no time. 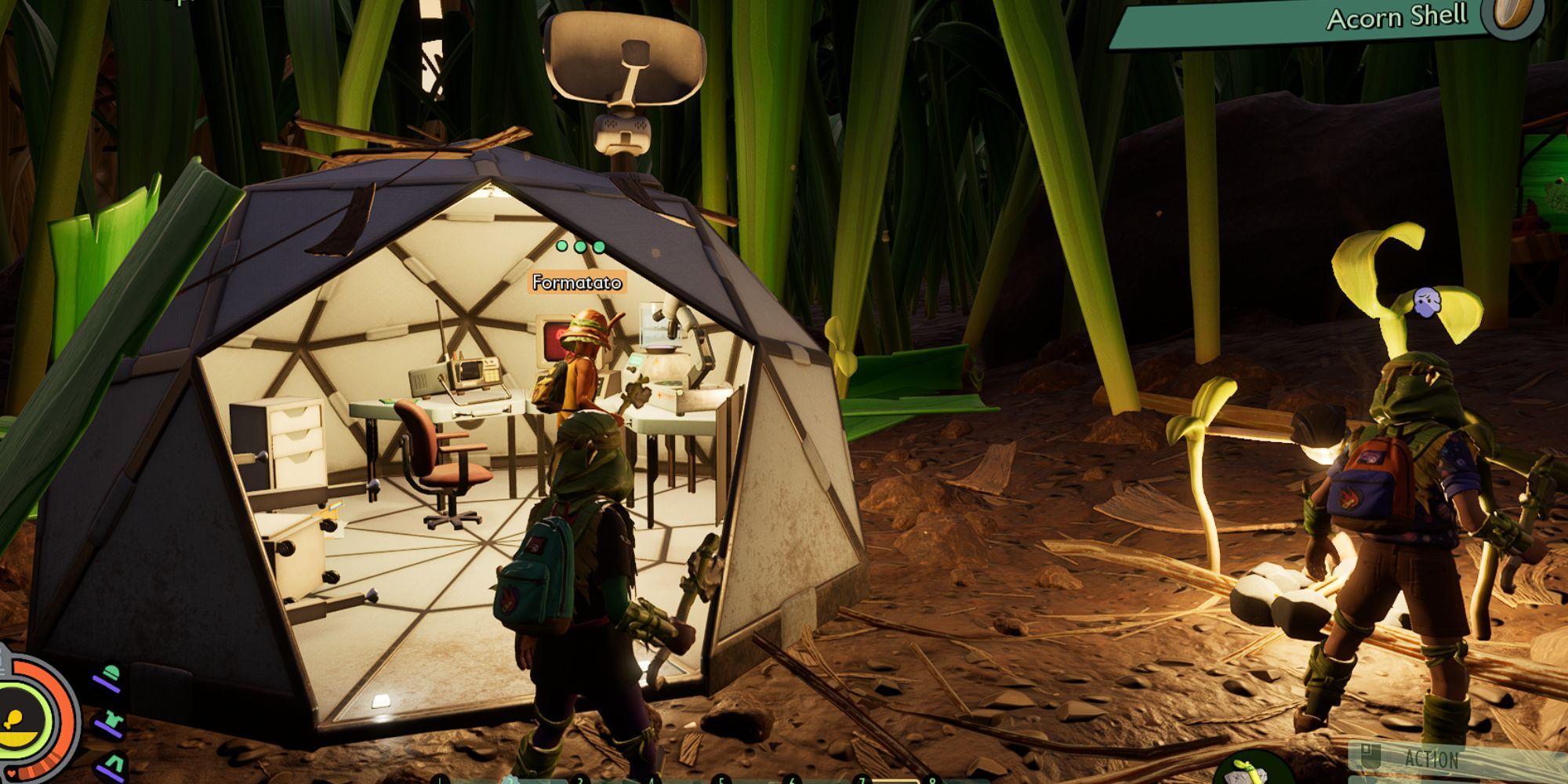 The game is all about exploration and discovery, so having access to a resource analyzer is a real boon. Once you start analyzing, though, it’s hard to stop. Every type you pick up and discover some new item, it’s easy to feel the need to run straight to the nearest analyzer.

To be fair, research is always rewarded in the game. It’s even an essential part of the process if you want to get the best armor. Even if you don’t get new discoveries, you’re bound to earn some experience and raw science. 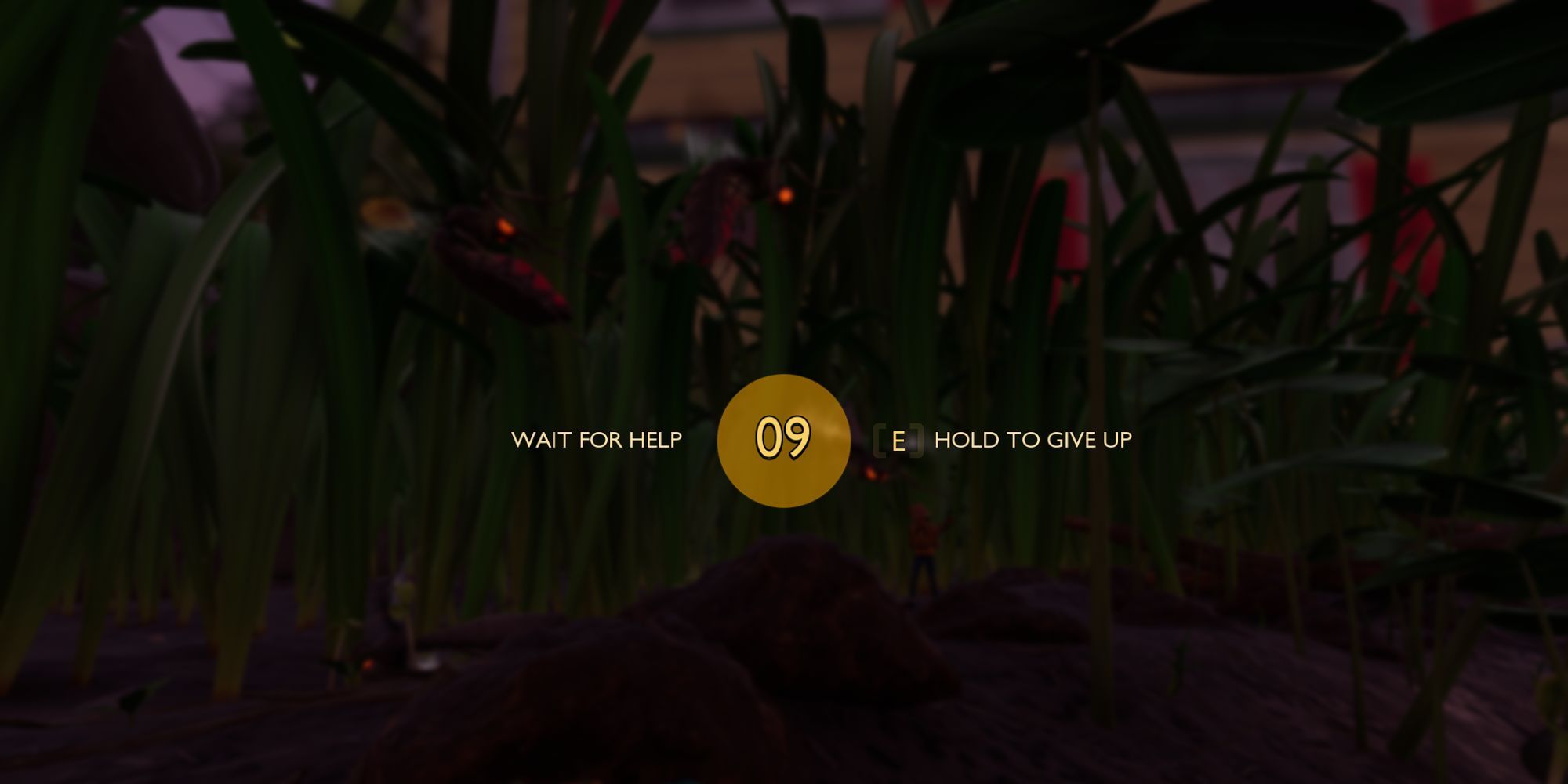 Grounded is a playground that lets you progress in your own way, so you just survive the way you want to for the most part. With such freedom, though, also comes audacity. Sometimes, you don’t have the right weapons, enough cooked food, or even just enough people with you to take on the dangers of the yard.

Too often, players will go into a situation, have just enough time to say “oh no,” and end up dead. Rancid food, the startling heat of the sun, a musty hill with way more stink bugs than you thought – will fatal wonders never cease! Now, you have to do it all over again to get your backpack. 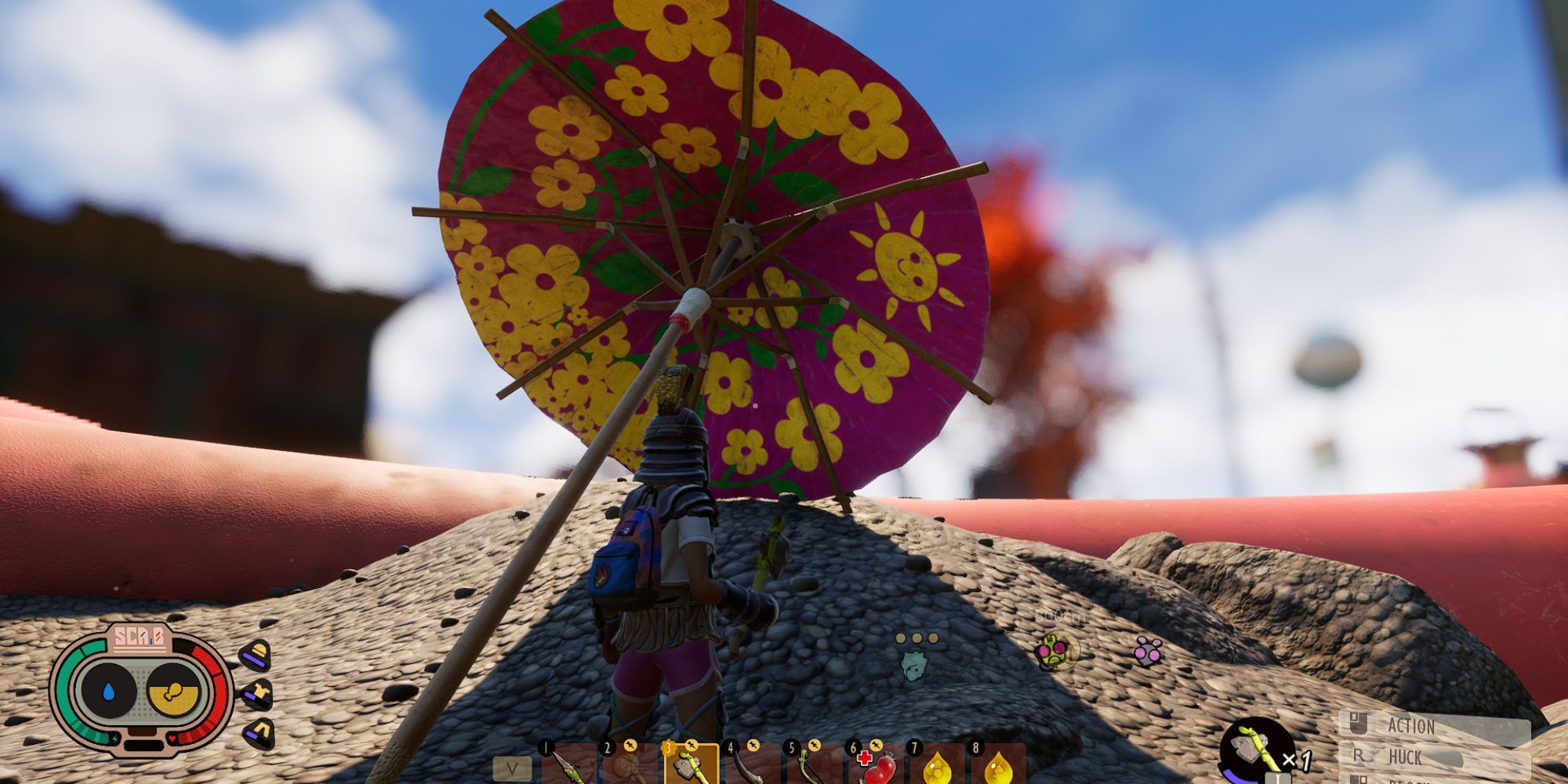 Until you’ve got your upgraded canteen and a solid base with a water container and dew collector, you’re likely going to spend a surprising amount of time just listening to Willow, Pete, Max, and Hoops lament about the pursuit of water.

Dying of thirst might seem like the least of your worries when there are arachnids and nightmare visions of your shrinking bombarding you, but it is a relentless issue that always seems to come up during the least convenient moments of your adventure.

6/10 Feel The True Terror Of Spiders 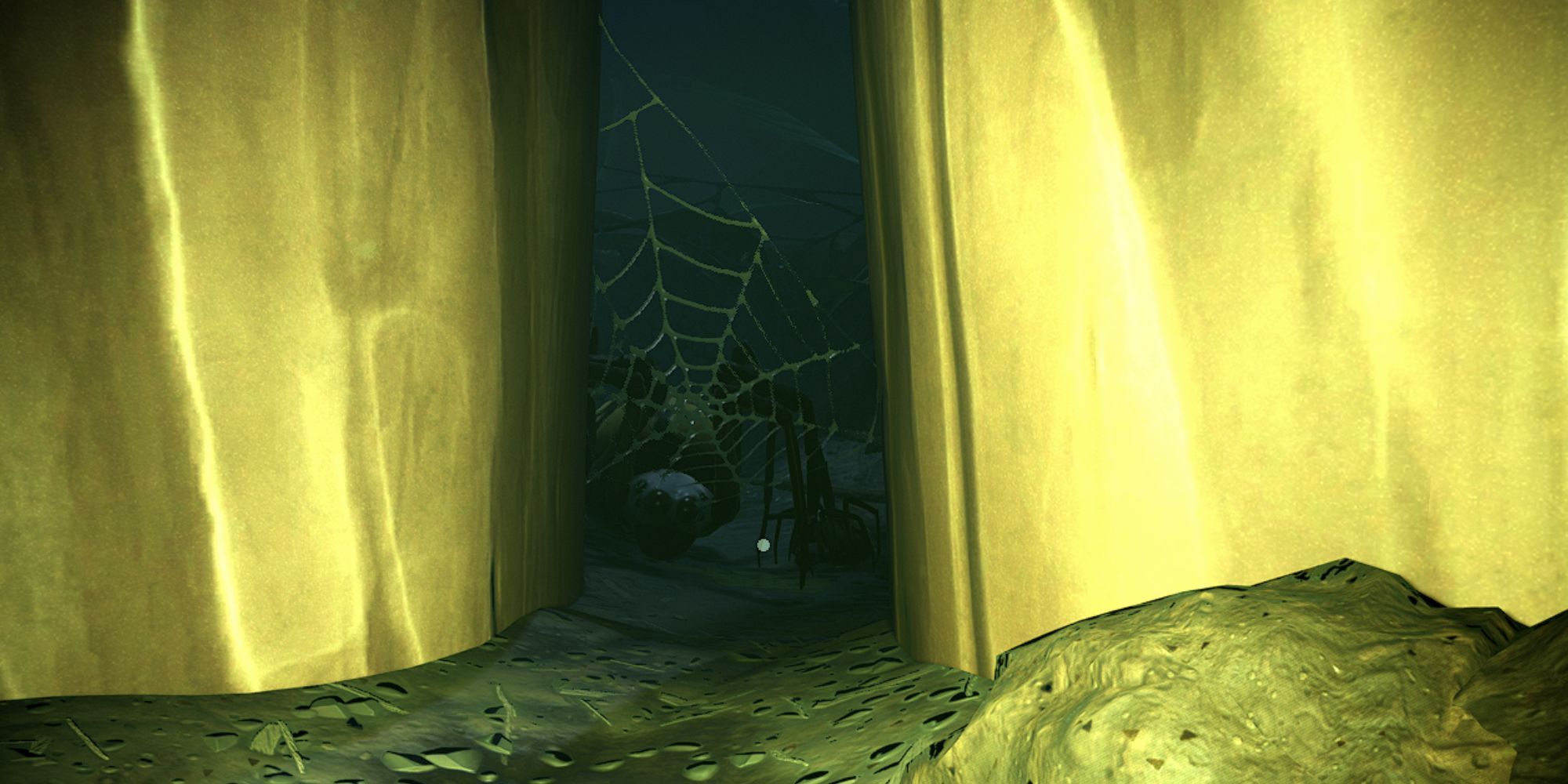 Spiders are already pretty spine-tingling when you’re a regular-sized human, so their intimidating nature just jumps tenfold when they’re suddenly bigger than you. Whether you’re a first-person or third-person player, few things are as startling as the sudden pursuit of an angry spider that just noticed you.

Their looks are bad enough, but even the sounds they make are terrifying. Infected Wolf Spider, anyone? To players that are bold and willing, the area by the oak tree and fence is an awesome base full of rarer resources. Sure, it’s home to tons and tons of spiders, but the high risk comes with high rewards.

5/10 Hunt For The Perfect Base 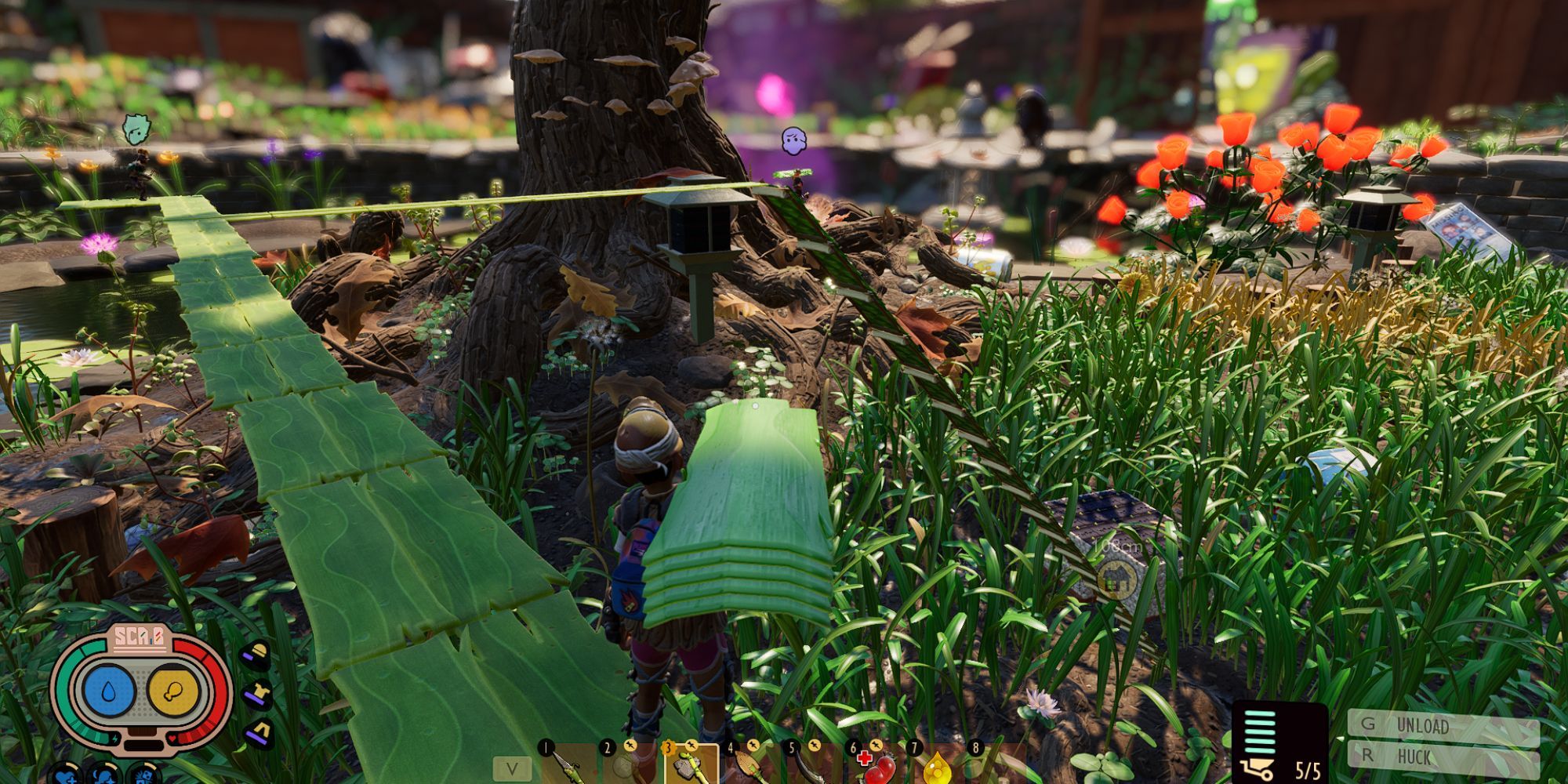 One does not simply pick a random spot to build their headquarters. Yes, you can end up crafting numerous lean-tos and workstations, but you know you can’t help but seek out the perfect spot for your main base. If you’re going to be farming tons of resources to upgrade that base, it may as well be at the best location.

Different players may have their own preferences, but there’s always time to check out the various parts of the yard to find the right place to call home.

Avoid building over human food waste, as this may eventually respawn and ruin any structures you’ve built.

4/10 Feel The Regrets Of Fall Damage 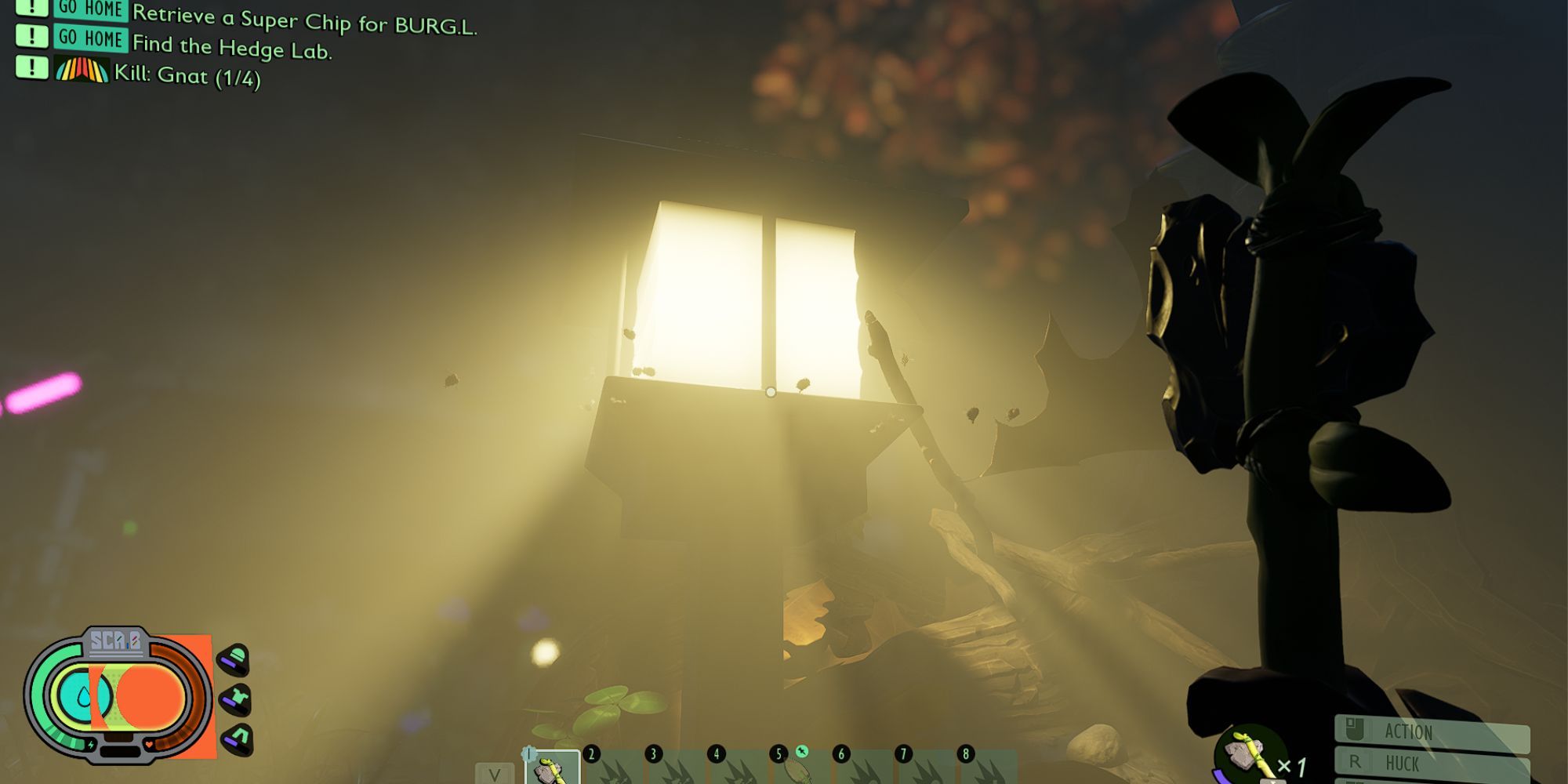 Hooray for jumping! Not so much for the falling part.

When you have a Dandelion, you feel like you’re on top of the world. You can jump from leaf to leaf with ease, avoiding unwanted predators and feeling like a miniature ninja. See that cool juice box? Let’s jump from it! Cue fall damage.

There are many instances when you make a jump that seems like it would work, or you think you have your dandelion ready, but the odds just don’t go in your favor. Time to make that climb again. 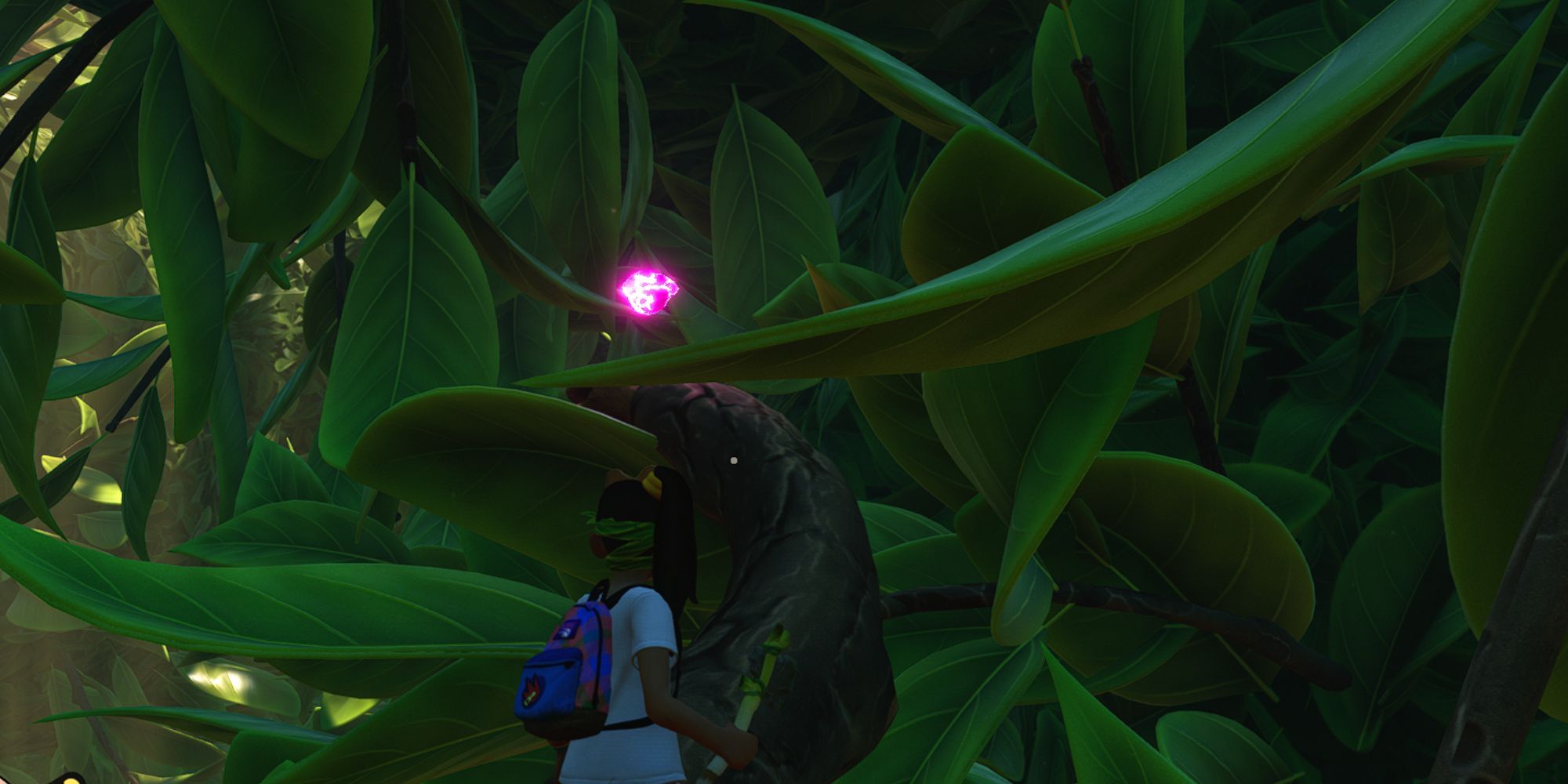 There’s something about hearing “Raw S-s-s-s-science!” that just makes you want to go out and get some more. It also doesn’t hurt that Raw Science literally works as the main currency in the game and is necessary for some of the most useful upgrades and abilities.

There are many amazing places and secrets worth finding in the game, and Raw Science is the top candidate that players go to no matter how difficult it is to get to it.

2/10 Experience The Emotions Of Pet Ownership 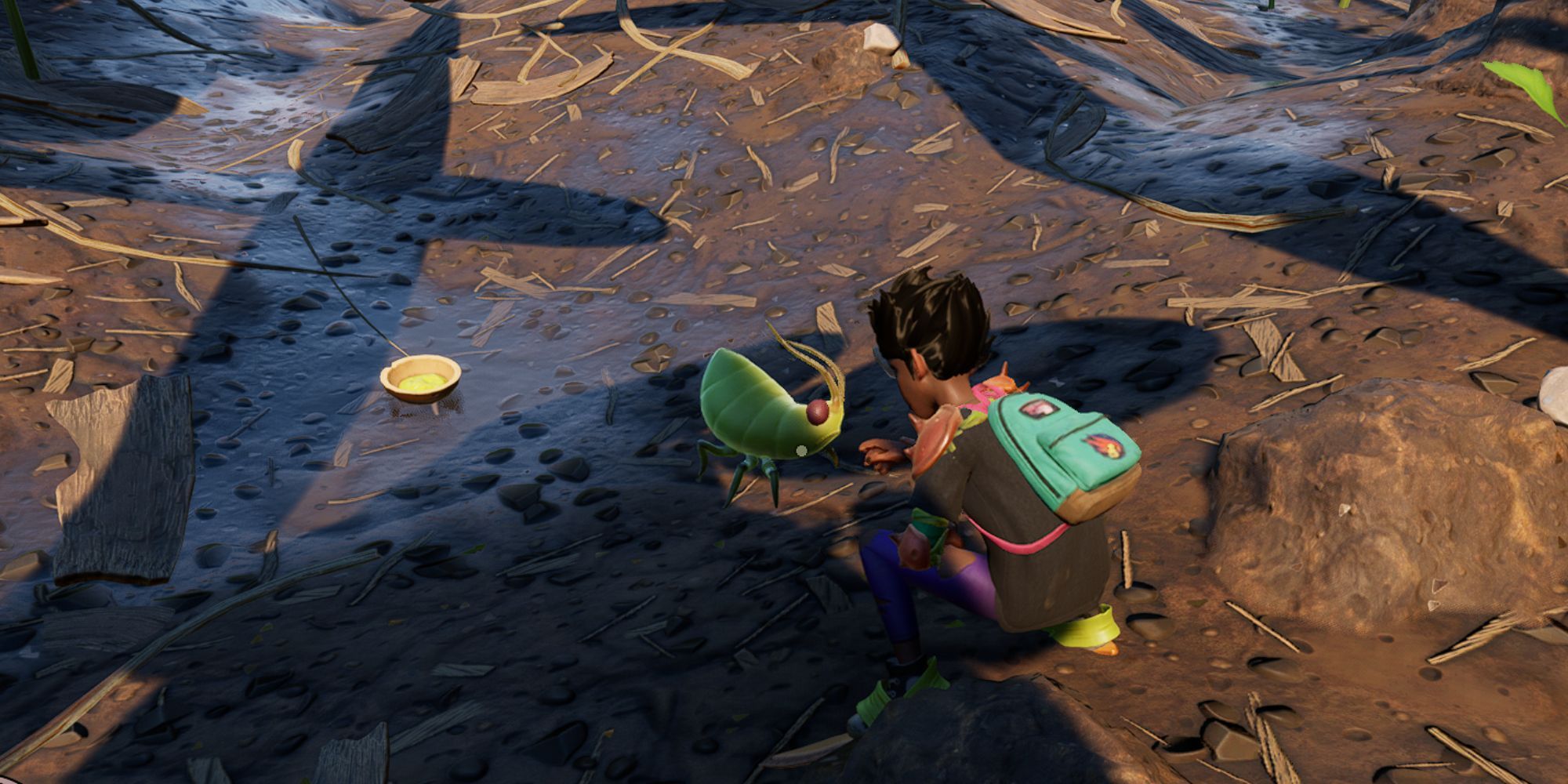 Getting a pet is a whirlwind of emotions. You get annoyed because they keep straying or poking you, you get attached because they make cute sounds when you pet them, you feel relieved that they have their own inventory you can use, and then you get bummed out when they die.

Aphids, gnats, and weevils provide different buffs when you tame them, but they can all have a pet house and wear pet attire. Protective gear can help keep them alive, and memorial gravestones are left behind if they should die. Players that have found their pets stuck in a spider web understand true panic. 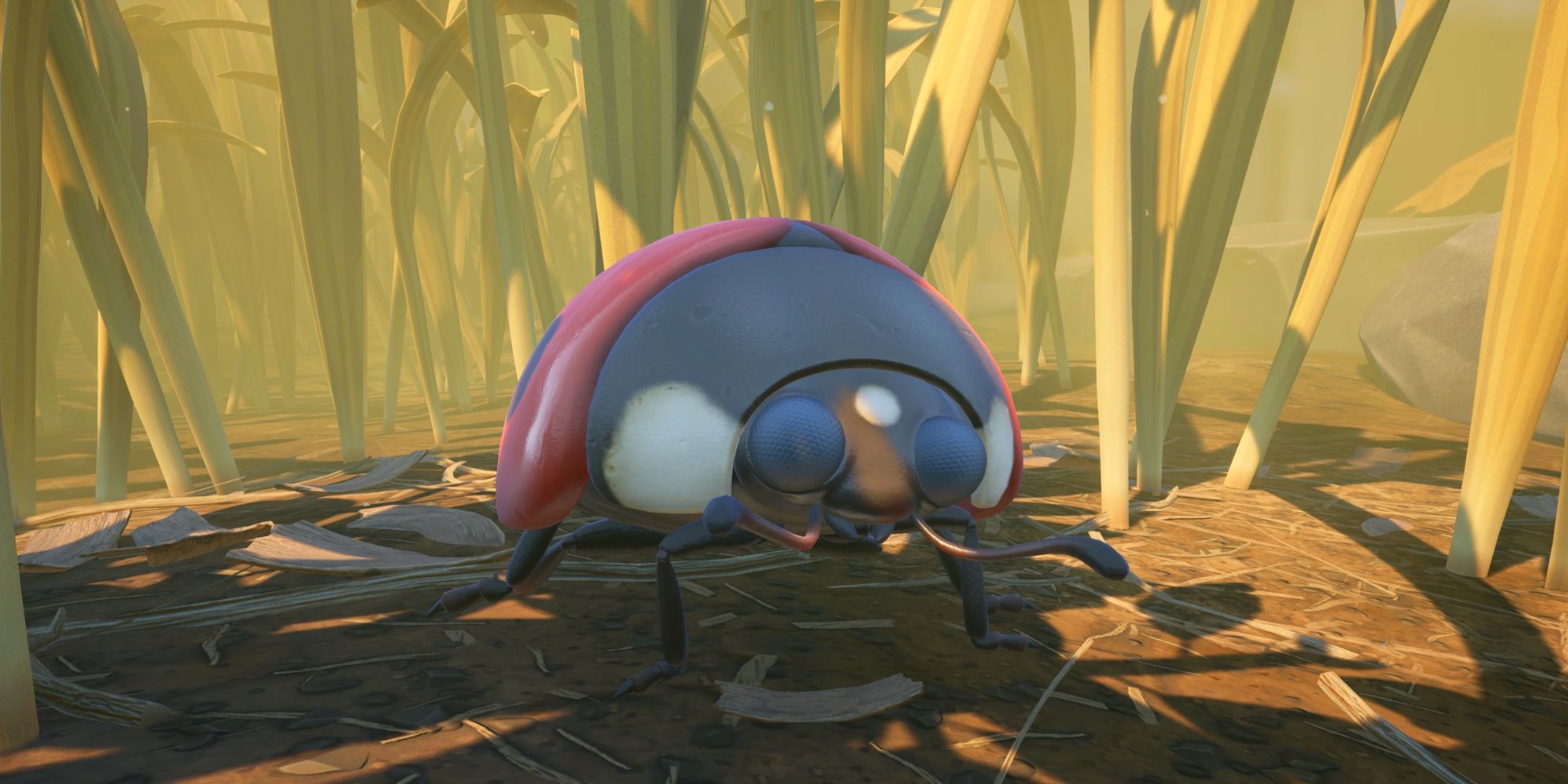 When you can hear bugs struggling and whimpering, it’s harder to feel nothing when you stomp them. Many of the insects in Grounded are actually quite harmless if you don’t aggravate them, so it can feel kind of evil when you go in for the kill.

No one feels good about killing aphids and ladybugs, even if they do have essential drops. Alas, you do what you have to do to survive. What happens in the yard stays in the yard!