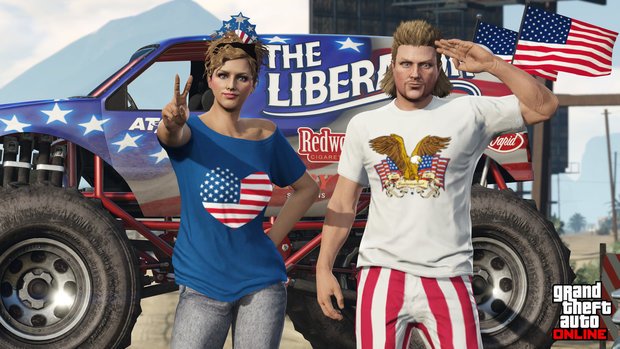 Original Story – If you’re unaware, the 4th of July is a big deal to our cousins across the pond. In fact, it’s one huge celebration of their nation’s “birthday”, and Rockstar’s Grand Theft Auto Online has been getting in on the fun.

While the game has offered things such as custom weapon skins, fireworks, and new vehicle customisation options in the past, Independence Day 2019 could be the biggest one yet – not bad considering this tradition has run since 2014.

We don’t know what time it’ll begin or what’s coming, but we’d imagine it’ll offer comparable discounts and goodies to last year’s event. We’ll also be adding a full rundown of what you can grab for your custom felon once we have the info.

For now, let’s take a look at last year’s festivities.

Players were able to grab the following at a 40% discount through until the event’s conclusion on the 9th of July, so if anything tickles your fancy you’ll likely have to move quickly. 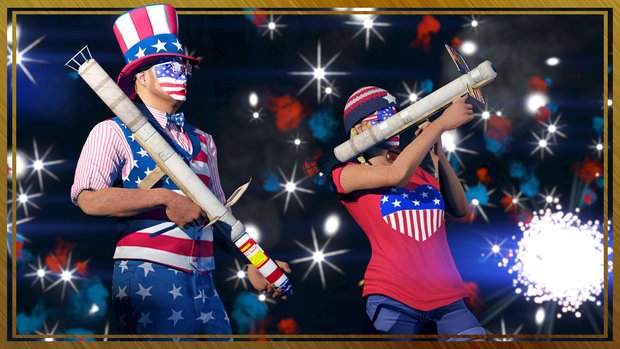 That’s not all, either. Players taking part in Smuggler’s Run, Special Cargo or Bikers Sell missions were rewarded with double cash payouts – just what you’ll need to help you afford all those garish blue and red items.

If you’re looking to invest in something a little more permanent, why not buy some new properties for your criminal empire. Hangars, Executive Offices, Special Cargo Warehouses and Biker Clubhouses and Businesses were all 50% off last year – a steal, we’d say.

You could also get 40% off of all facilities, while there was 30% to be saved on the Mammoth Avenger and Mobile Operations Center (and their renovations), the Vapid GB200, Grotti X80 Proto and the Imponte Ruiner 2000.

There was even more on offer for those that signed up to the 4th Of July Guest List. If you logged into GTA Online between 25th of June and 2nd of July 2018, you could grab the Orange Wireframe Bodysuit (seen below), but most importantly a $300,000 bonus. If that’s not worth logging in for, we don’t know what is. 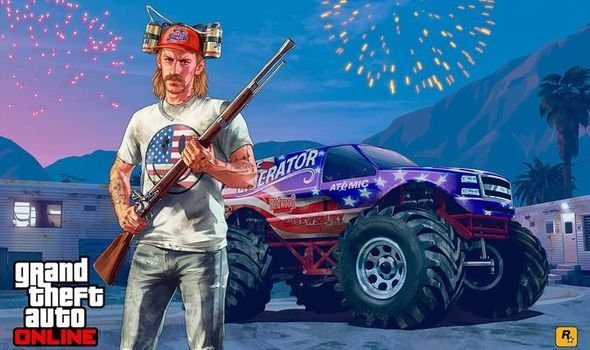 Later this Summer the game will receive another boost, with an update finally allowing players inside the casino in Vinewood. Allegedly, it’ll be “the largest and most extravagant addition” to Grand Theft Auto Online yet. Just try not to gamble away all of your ill-gotten gains.

Rockstar avoided E3 this year, but rumours abound that it’s working on the next instalment of the Grand Theft Auto franchise – presumably GTA 6.

Earlier this year, job openings at Rockstar’s India offices suggested that they are looking to take the franchise to the next generation of consoles.

In April, a 3D artist claimed to have been working on GTA 6 shortly after working on Red Dead Redemption 2.

GTA 5 continues to sell incredible amounts, regularly charting in the top 10 each month despite launching on last-generation consoles in 2013 and then being ported to current generation systems in 2014 – almost five years ago.