I remember Gungrave from the PS2 days. It was praised for its fervid, stylish gunplay and frantic action but poo-pooed for its slim runtime and mechanical repetitiveness. Twenty years later not much has changed. Knowing this, why did I enjoy it so much?

Gungrave Gore is all about shooting, lots of shooting. You play as Grave who's some sort of superhuman, sporting spectacles and a red leather jacket, armed with twin pistols and a coffin-like weapon hanging off his back. Playing on the PS5, I hammered the R2 button to ensure I kept firing in order to keep up with the rhythmic gunplay, which scores you on beats and gives you upgrades if you keep it up. It didn’t do any favours for my tendons though, I have to say.

Early levels were a greyish blur as I shot my way through bland industrial facilities. Gore's story revolves around Grave’s quest to take down Raven Clan, a drug cartel making an illicit substance known as SEED. They reside on an island named Scumland in the Southeast Asian seas while the wider campaign has you journeying to the likes of Hong Kong, Malaysia, and Singapore. After stage eight, the game becomes noticeably more stylish as you head back to your Hong Kong headquarters, with the glowing neon and wall art providing more visual interest. 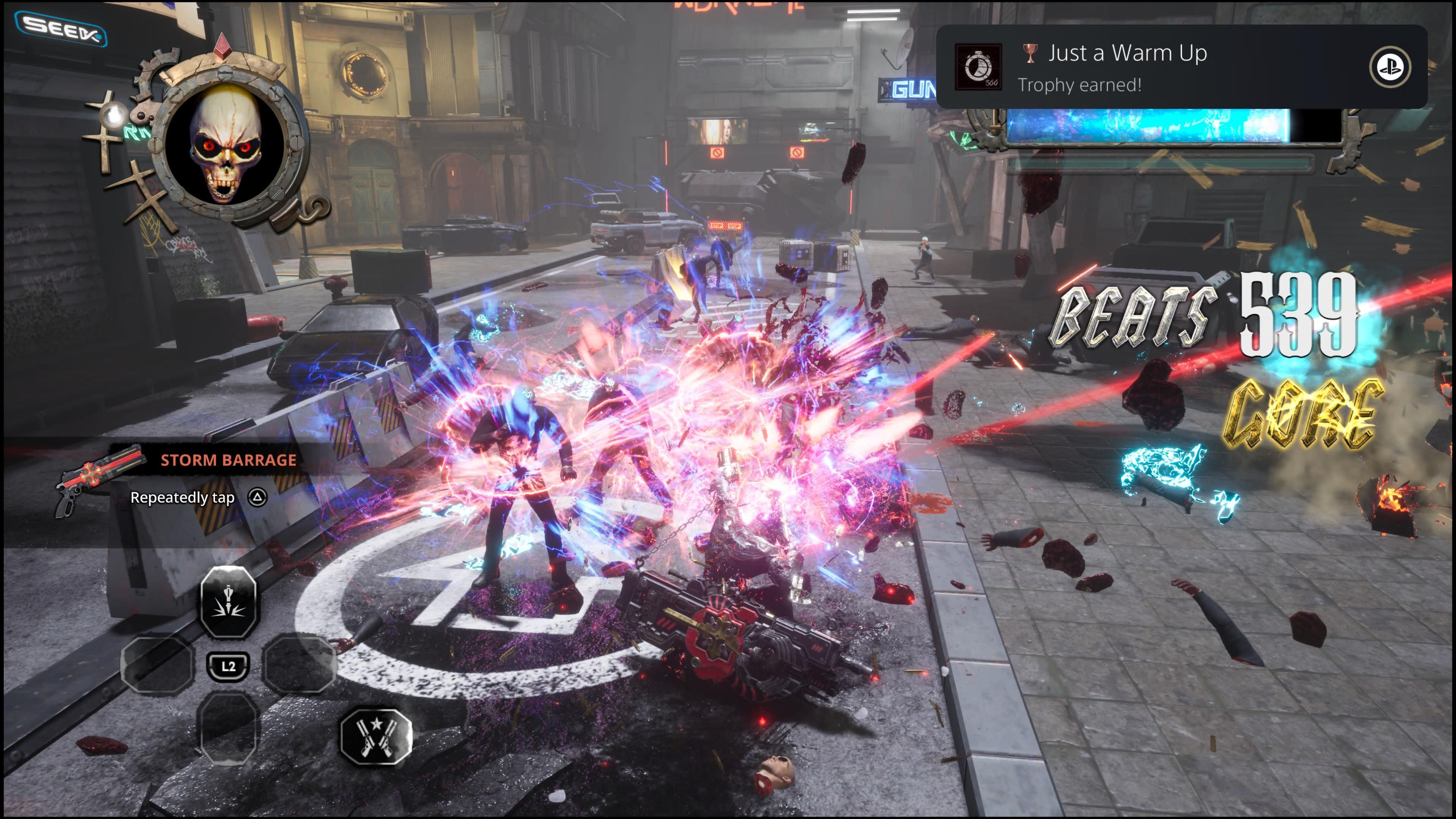 Gungrave has a strong sense of identity and doesn’t try to be something it’s not. Honestly, it was a relief after playing all these games by auteur-like game directors and I appreciated Gungrave’s tidiness in this regard. There’s no complex story and plot or combat that requires perfect timing while the game still offers a pleasing sense of progress.

Made by South Korean developer IGGYMOB, Gore comes with two distinct graphical modes: Performance (60fps) and Quality (30fps with ray tracing). I mostly stuck with the higher frame rate, although playing with reduced performance can make the game feel more cinematic. There were parts where I got stuck, having to deal with too many assailants or timed events (such as the train level), but I found they were puzzles that had to be figured out with the correct movement of Grave. 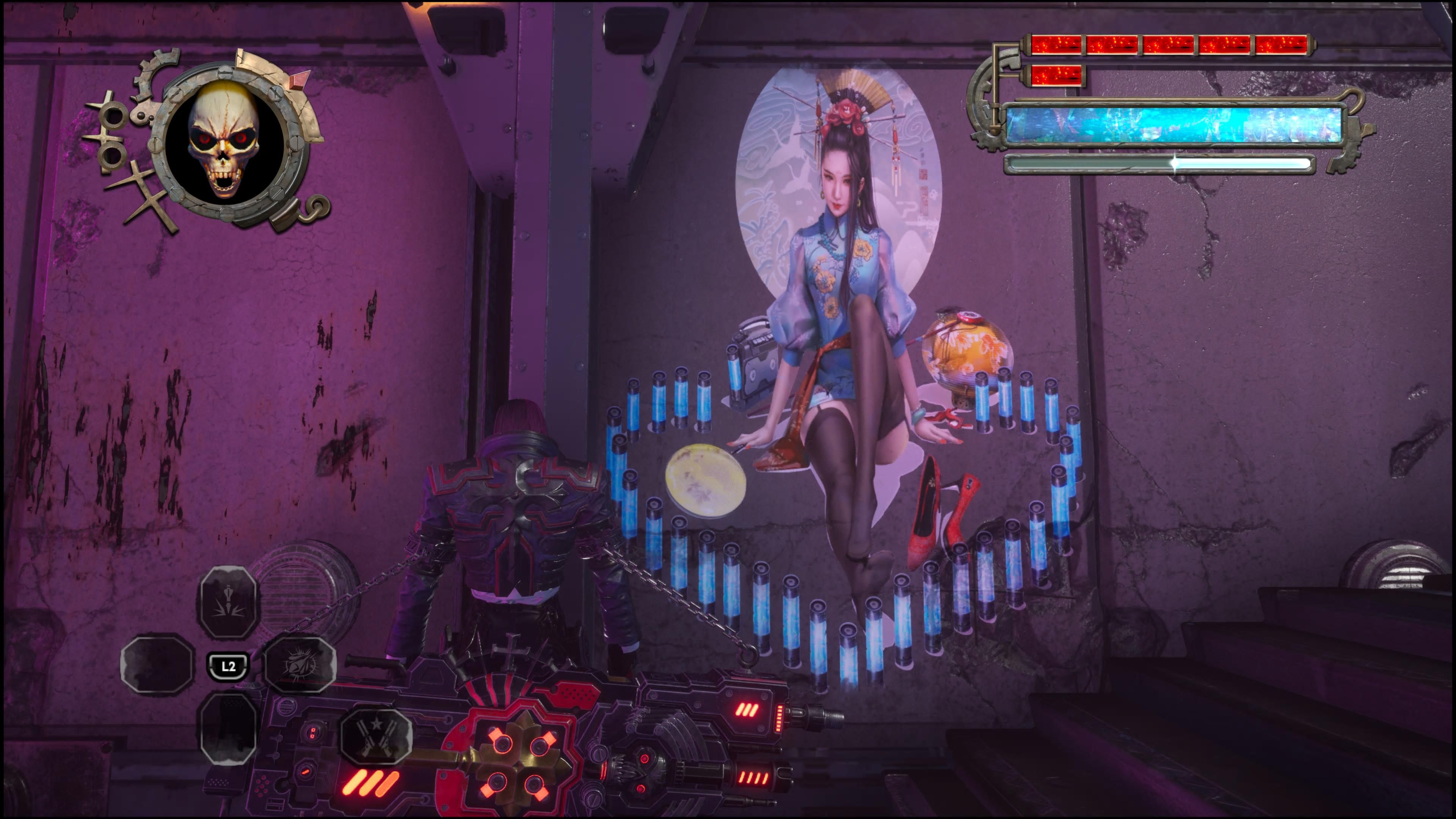 At night I looked forward to unwinding by blasting my way through Gungrave’s countless, faceless goons. The highly linear, self-contained levels were a surprising balm in the face of gigantic, open worlds, and the visuals didn’t distract from the simplistic yet satisfying action. The whole thing doesn’t take long, around 14 hours, so the asking price of £50 might be a little steep for some.

Gungrave Gore is repetitive, there’s no question about that, but like most arcade games – racers, sports, shmups – there can be great enjoyment to be had from something so fully of itself. Gungrave is Gungrave, and if you play it, you’ll know exactly what I mean. Whether its simplistic, repetitive nature will appeal for the price you pay is another question. Maybe wait for the inevitable discounts – or just play it on Game Pass.