Necromunda is getting some love from Games Workshop with new gangs, terrain sets, and rules for the cyberpunk-themed tabletop game.

Tabletop game Necromunda is the bee’s knees right now thanks to a handful of big announcements from GW. The cyberpunk-themed game that channels the ’80s Bladerunner and cyberpunk aesthetic so well first appeared in 1991 within the pages of White Dwarf as Confrontation. In 1995 it was renamed and saw an official release as Necromunda only to be discontinued a few years later. However, a loyal fanbase led to GW bringing it back.

The action takes place deep within the Underhive of an Imperial Hive World, a planet dedicated to the construction of equipment and ships for Imperial Armies. The Underhive is controlled by several houses, groups of genetically related people, who fight for overall control. The game sees small gangs from one of the houses fight in skirmish based combat in the streets and buildings of the Underhive.

First up we have new terrain sets and rules for Necromunda. A post on the Warhammer Community web page leads us to believe that we will be getting a modular system that can be reshaped for different layouts. There is a watchtower, stronghold walls and doors, and what appears to be a water tower. The various bits of terrain will receive their own special rules. 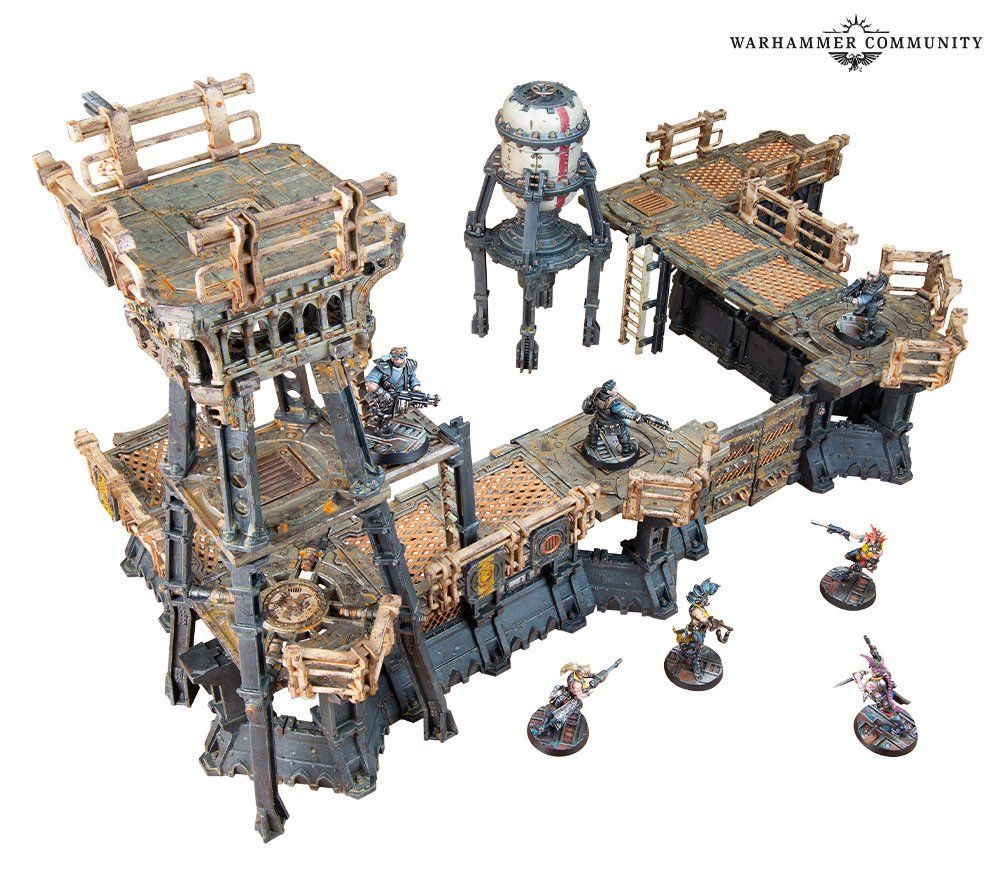 Next up we have The Necromunda: House of Blades book that details all things, Escher. It includes the definitive word on their history and comprehensive rules for putting together an Escher gang. There are also details of notables leaders. Those not interested in House Escher will still benefit from the book, as it includes updated rules for Hired Guns, Hangers-on, and Brutes. You will also find the new book supported by themed dice and some new gang tactics cards. 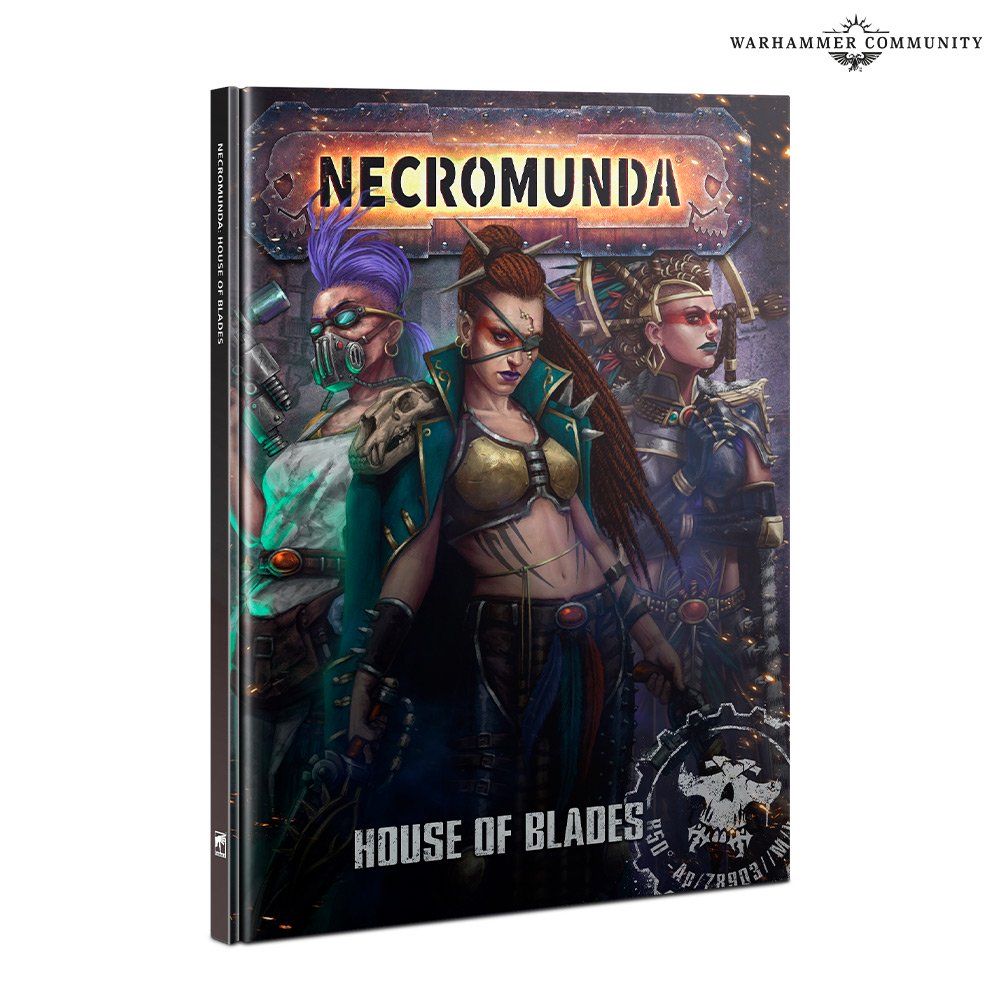 Finally, we have the new miniatures in the form of Death-maidens and Wyld Runners for House Escher and Slave Ogryns for House of Chains. Both sets can be played as a new gang or combined with your existing House minis. 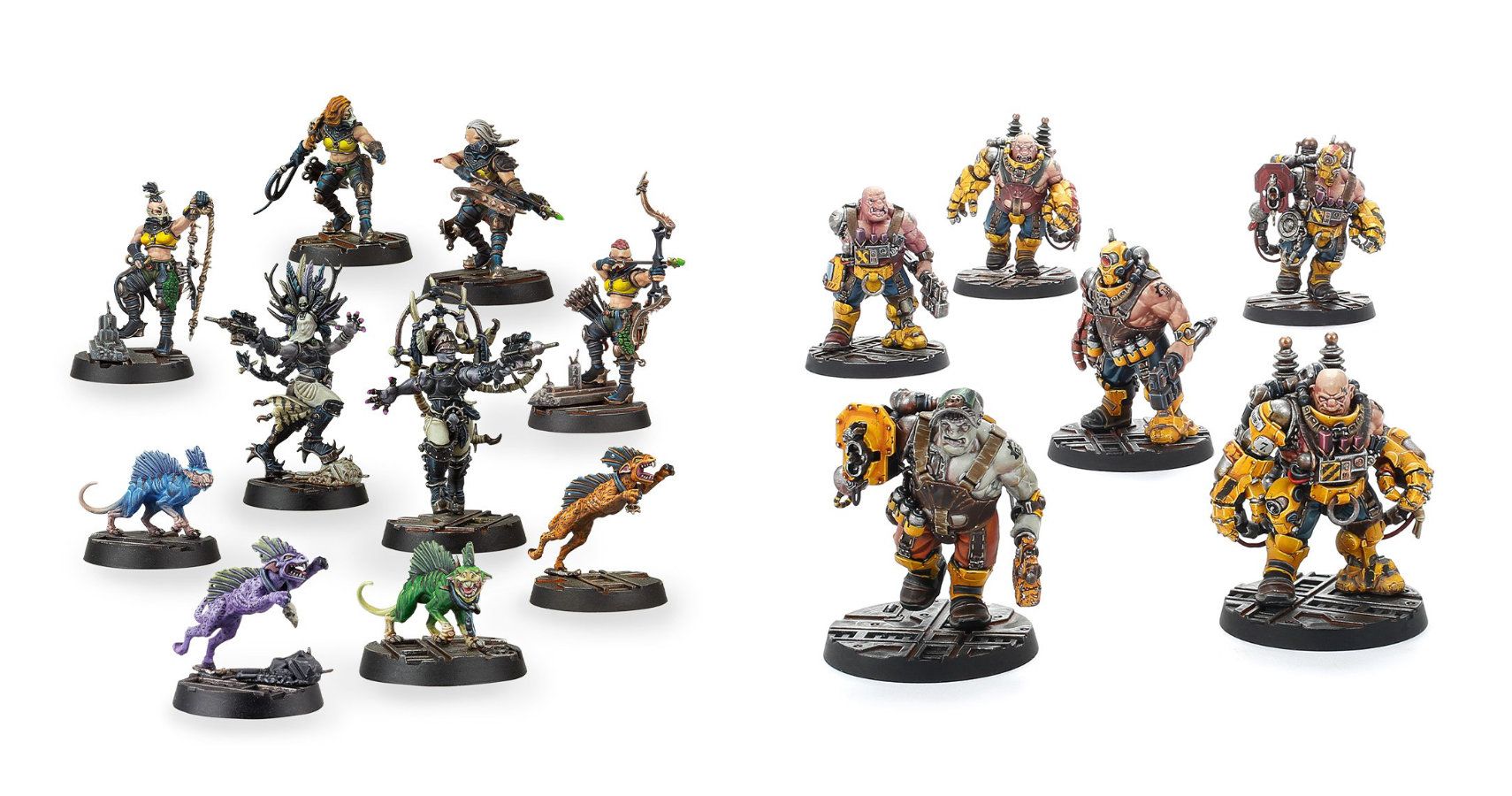 It’s great to see continued love for one of GW’s most beloved boxed games. The addition of new gangs is always welcome as it gives us new challenges to prepare for but what we are most excited this time around, is new terrain. GW raised the bar with the terrain included in Shadow War Armageddon and has continued this trend since but often the focus has been for Warhammer 40K. Something specifically designed for Necromunda is a refreshing change and the fact we can repurpose for our Warhammer 40K is a side bonus! We expect all items to be available for pre-order from August 22nd with retail availability a week later.

NEXT: GW Unveils Not One, Not Two, But Three New Warhammer 9th Edition Starter Sets

Microsoft is buying its way to victory with Xbox and that’s bad news
Recent Posts
We and our partners use cookies on this site to improve our service, perform analytics, personalize advertising, measure advertising performance, and remember website preferences.Ok