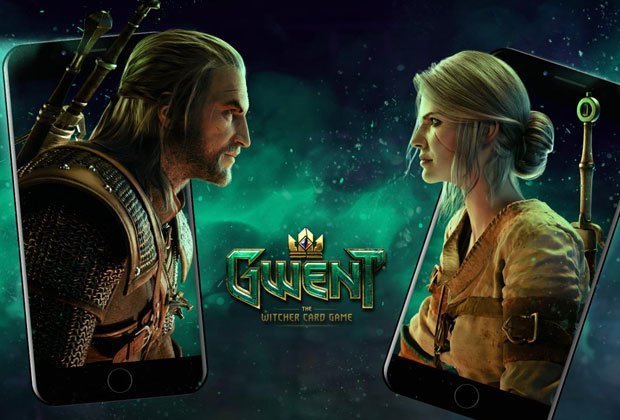 If you’re the sort of person that’s really into Geralt – and really into The Witcher – then it’s time to sit up and take notice.

We know that CD Projekt Red’s Witcher universe inspires a pretty intense level of passion from its fans, so the idea of smuggling Geralt around in your pocket and whipping him out whenever you have a minute is going to appeal.

‘Surely you can’t be Ciri-ous’ we hear you cry – well, CDPR is here to allay those fears. Today, the company announced that GWENT coming to smartphones later this year!

“Details regarding an Android release will be announced at a later date.”

We’re taking this to mean CDPR will make a release date at E3 – the company has already revealed it will have a ‘strong presence at the show’. Expect a formal release date announcement (and possibly beta reveal) there.

“Beautiful visuals aside, we’ve tailored much of our technology, including GOG Galaxy which powers GWENT’s multiplayer, to support mobile devices.

“I think our vision for bringing GWENT to smartphones combines the best we have to offer both in terms of graphics and gameplay. I can’t wait to share more details on the subject with you later this year.”

We hope the release date announcement comes soon – it will be a good addition to the stellar lineup of CCGs already available on iOS and Android devices (including Hearthstone, Pokemon TCG and more).

We look forward to hearing more information in the coming months.

In the meantime, GWENT Crimson Curse is coming tomorrow!

Crimson Curse is GWENT’s first expansion, introducing over 100 new cards to the game, many of which will revolve around new abilities and mechanics. The expansion will also add 5 new leader characters to the game which include series fan-favorites, as well as characters never-before-seen in The Witcher games.

“All beware the Crimson Curse!” reads a press release from CD Projekt Red. “Dettlaff van der Eretein, the mighty higher vampire, is summoning his kin. As the Moon turns red, new breeds of monsters awake. And after a long, deep slumber, they are all thirsty for a taste of fresh blood…

“Fight back or join them? With new cards and abilities at your disposal, you’re free to choose either side of the conflict.”

You can take a look at the first Crimson Curse trailer above – and read all you need to know at the link above.