For a long time, the Halo series has remained a favorite among first-person shooter campaigns and it suffices to say that Halo Infinite continues that trend. Barely surviving Cortana’s initial conquest against the universe, Master Chief is now trying to protect humanity against the Banished, an enemy faction that’s grown from the Covenant-Human war.

However, the final boss fight in Halo Infinite isn’t against a member of the Banished but against a being hellbent on something that could be far more dangerous than simply eliminating the human race: the Harbinger. This creature wishes to unleash the Endless, and we can assume that whatever the Endless is has to certainly be bad news if the Forerunners locked them away. Nonetheless, defeating the Harbinger can be a handful, so here’s a guide with tips and tricks against the Harbinger.

Be Aware Of Your Surroundings 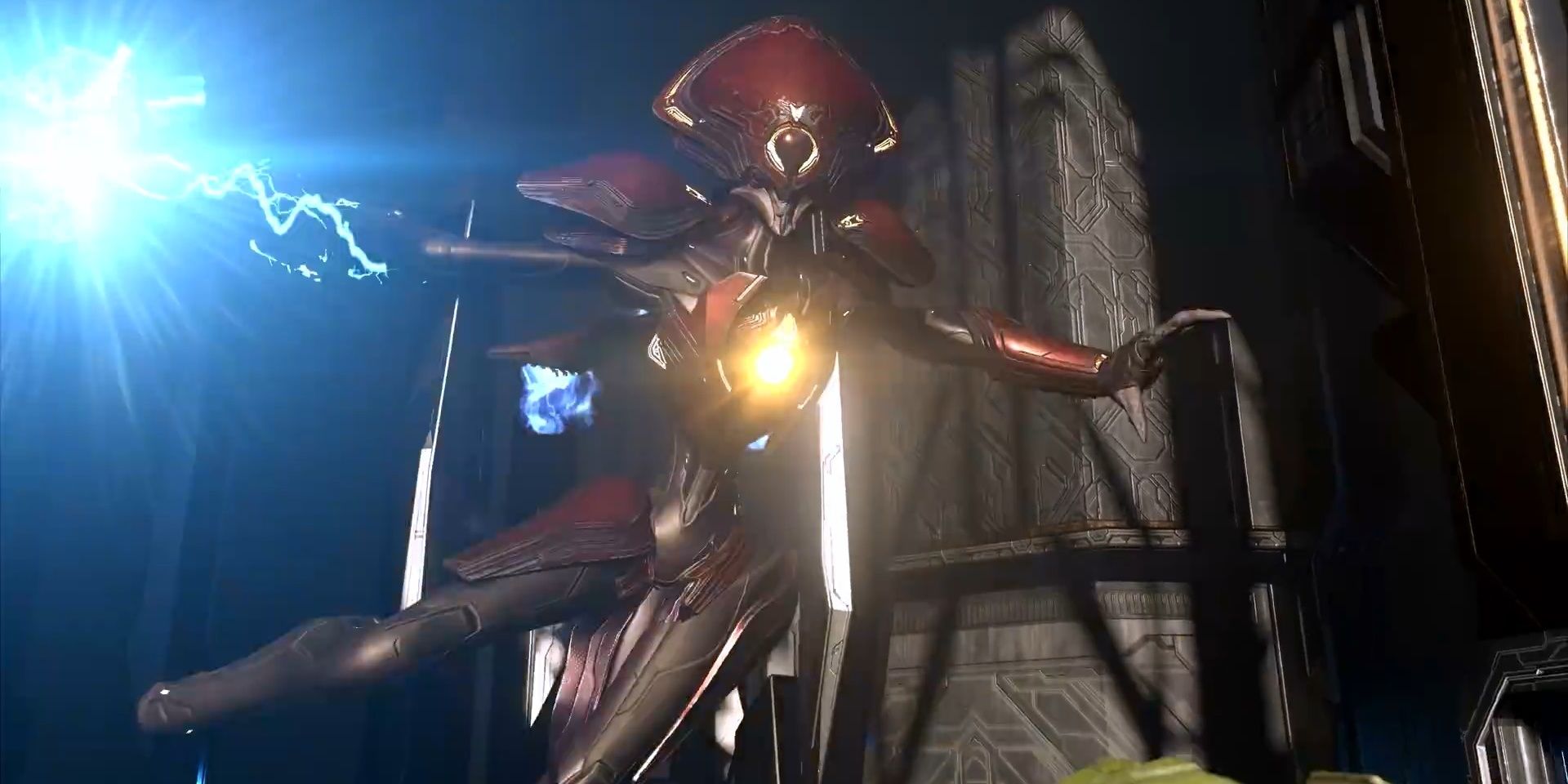 The final fight against the Harbinger takes place in the Silent Auditorium. This massive area has plenty of cover and elemental coils that can be used for explosive damage. Given how spacious the area is, utilizing Master Chief’s Grappleshot and Thrusters can help the Spartan stay mobile and out of harm’s way.

Once the battle gets underway, the Harbinger will summon waves of Banished to fight against Master Chief. There are three distinct phases in this fight but they all consist of the Harbinger sending waves of Banished against Master Chief. The groups of Banished will be a collection of Jackals, Brutes, Grunts, Elites, and Skimmers, so be prepared for virtually any enemy in the game (besides Hunters). At first, the groups of Banished will emerge randomly from various doorways around the auditorium, but if you pay attention you can see a doorway that will light up blue that will indicate enemies are coming.

After taking care of the wave of Banished, the Harbinger will set its sights on Master Chief. The creature will fire energy orbs at the Spartan that can deal considerable damage, so make sure you’re dodging with the Grappleshot and Thrusters. The Sentinel Beam is extremely effective in chipping away at the Harbinger’s shield, and once it’s completely erased, it will collapse momentarily for Master Chief to fire away on its health bar.

Deal With Waves Of Enemies 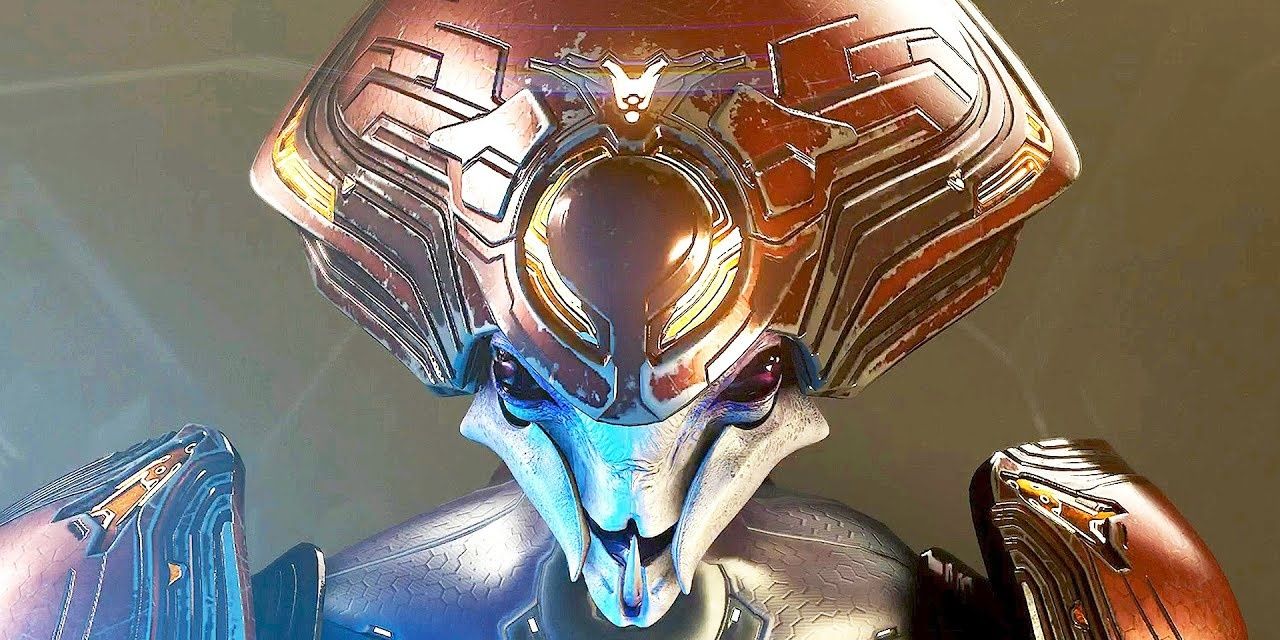 Unlike the boss fight against Escharum, the Harbinger doesn’t change its attacking patterns other than launching more energy orbs at Master Chief. But what does slightly change is the waves of Banished the Harbinger sends and the final phase has Master Chief fighting against the best of the best that the Banished has to offer. The final wave will include multiple Skimmers armed with Shock Rifles, Elites, and a Brute Chieftain that wields a Gravity Hammer.

This final wave before finishing off the Harbinger will certainly put your abilities to the test. Depending on which difficulty you’re playing will influence which enemies you want to target. The Chieftain can be a bit annoying, as the Brute will hurl itself toward Master Chief relentlessly. If you’re able to avoid the Brute, you can pick off the remaining Banished and then focus your attention on taking down the Brute.

Similarly, with the Harbinger, the Sentinel Beam is extremely effective against virtually all the Banished, so be sure to utilize that in the fight. Once the last of the Banished has been defeated, finish off the Harbinger and enjoy the credits of Halo Infinite.