Hearthstone is launching patch 19.2 today, and with it, the Old Gods and a new spell mechanic are making their way to the Battlegrounds mode. As announced last week, all players will have their external rating reset to zero, which puts everyone on even footing as the new meta slides into action.

Do you like RNG? Well, Battlegrounds is in for a whole lot of randomness with the introduction of a brand-new, limited-time mechanic. Every four turns, you will discover a Darkmoon Prize, of which there are currently 30 to choose from. Some effects are bland, such as giving a single minion +2/+2, while others look to make lasting effects, such as giving all minions in Bob’s Shop +1 Health for the rest of the game. 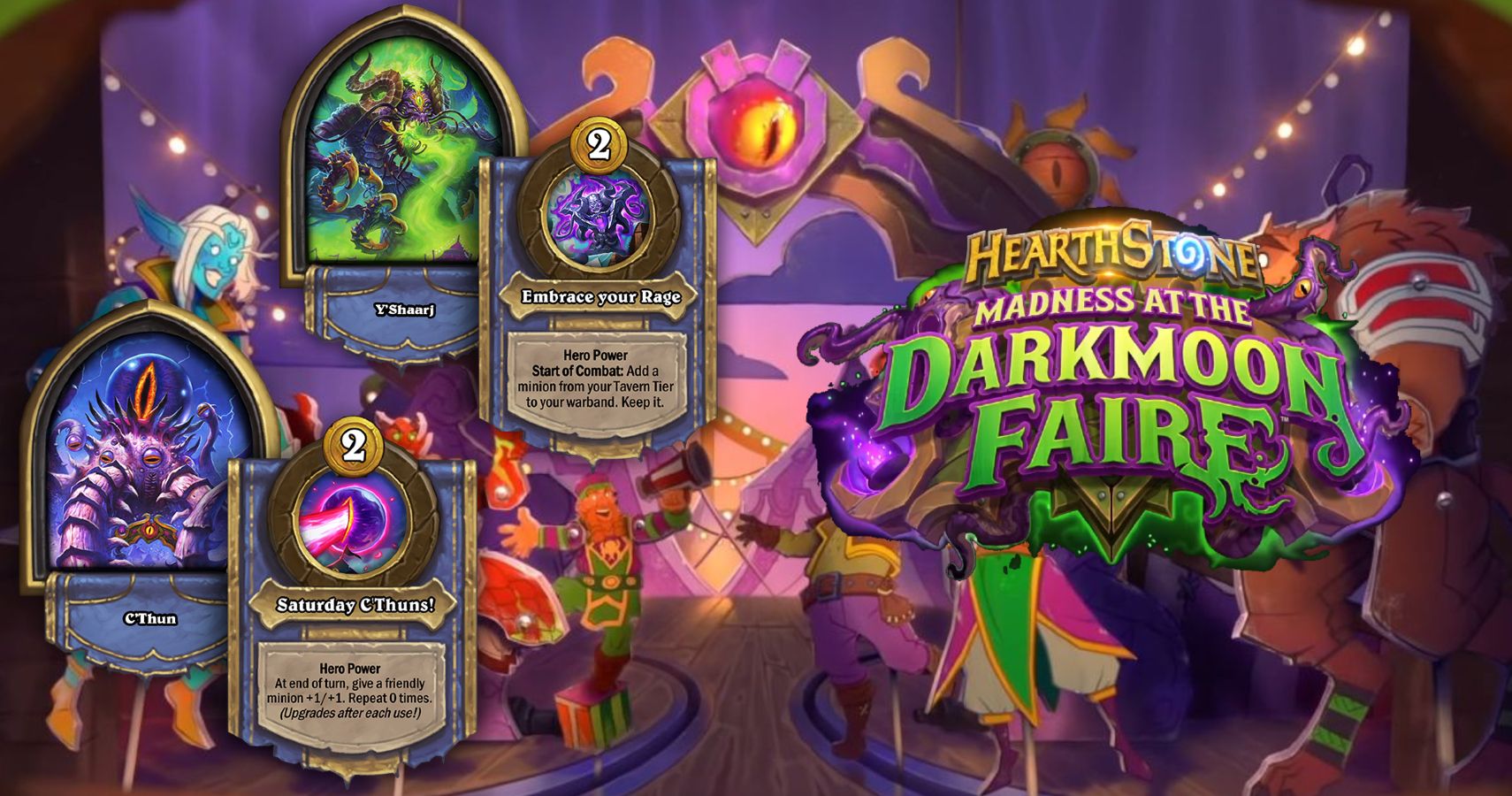 As a result, games might feel more lopsided during the event. Whereas before it was a gradual buildup of an opponent’s board, you can expect to see significant power swings each four turns, and time will tell if that is a good or bad thing. One thing is for sure, and that is that it feel frustrating getting some of the lower-quality options and then losing to someone who had better RNG. 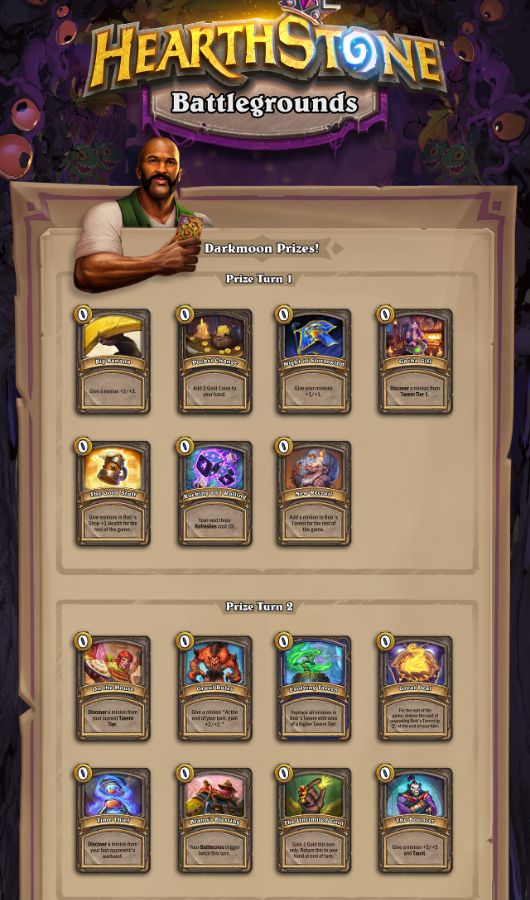 C’Thun, N’zoth, and Y’Shaarj are all arriving as new playable Heroes, while Yogg-Saron remains an already-existing option in Battlegrounds. They each feature abilities that are seemingly inspired from other heroes, like N’Zoth, who received a 1/1 Fish that gains all Deathrattles in combat, which feels like the Curator’s Amalgam starting minion in theme.

As for other heroes, Galakrond is temporarily leaving the pool, while Sir Finley Mrrgglton and The Great Akazamzarak have both returned. 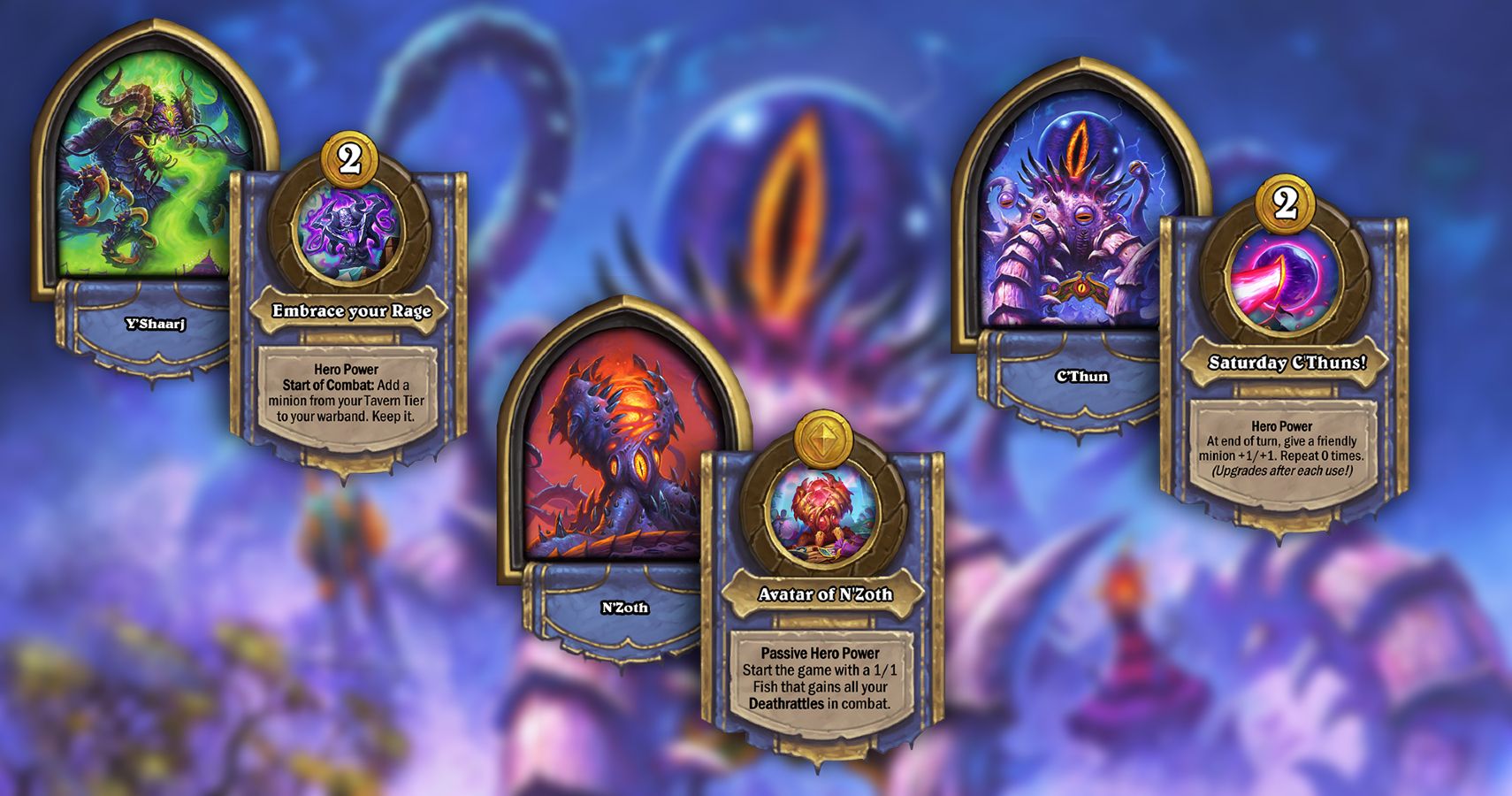 Speculation was high about what might happen with minions in the next update, and to the surprise of basically everyone, it is Taunt minions that are being pushed hard towards the meta. Acolyte of C’Thun, Tormented Ritualist, Warden of Old, and several other new minions synergize with the Taunt mechanic.

This is an interesting move for Battlegrounds and could prove to be extremely useful in reducing RNG, at least a little bit. All to often a Battleground match can be decided by the cruel fate of random attacks, and your best laid plans can be smothered in an instant if a minion like Scavenging Hyena gets picked off first before it has a chance to grow.

At first glance, it looks as though these Taunt minions will allow you to control the flow of battle, at least in theory, to give your long-term strategy a chance to blossom each round. Unless you happen to face someone with seven Poisonous Murlocs. That will likely ruin anyone’s day.