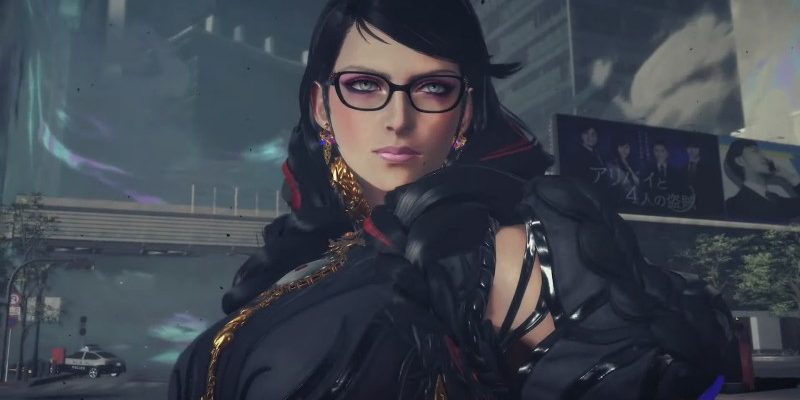 One of Bayonetta 3’s most head-scratching decisions was Platinum’s decision to switch Bayonetta’s voice actor from Hellena Taylor to Jennifer Hale. Taylor played the Umbra Witch in the first two games, but Platinum explained in our cover story that she wouldn’t reprise the role due to “various overlapping circumstances.” Taylor had been largely silent on the issue, presumably due to a non-disclosure agreement, but has broken her silence with a fiery message claiming “immoral” compensation from Platinum.

In a Twitter thread, Taylor shared a three-part video message where she explains how things fell apart between herself and Platinum. She says that when Bayonetta 3 was in development, she was required to re-audition for the role, which is standard practice since a performer’s voice can change as they age. Taylor states she passed “with flying colors,” to which Platinum presented her with what she describes as “an insulting offer”.

Taylor says she then wrote Platinum co-founder and Bayonetta 3 supervising director Hideki Kamiya directly to demand “what I’m worth.” She says Kamiya replied by expressing his value for her talent and her popularity with the fanbase. Platinum then offered her a $4,000 flat rate for her the entire voiceover job.

“The Bayonetta franchise made an approximated $450 million. That’s not including merchandise,” says Taylor. “…this is an insult to me, the amount of time that I took to work on my talent, and everything that I have given to this game and to the fans. I am asking the fans to boycott this game and instead spend the money that you would have spent on this game donating it to charity. I didn’t want the world. I didn’t ask for too much. I was just asking for a decent, dignified living wage. What they did was legal, but it was immoral.”

Taylor, a classically trained actor, writer, and director, says she’s calling for the boycott as a show of solidarity for underpaid workers. She comments on England’s cost of living and wage issues, saying, “there are nurses going to food banks to feed their children. This is not right, this is not acceptable. It impacts mental health.” Taylor says the financial strife caused her to suffer bouts of depression and anxiety to the extent that she was at one point suicidal.

“I am not afraid of the non-disclosure agreement,” says Taylor. “I can’t even afford to run a car. What are they going to do, take my clothes? Good luck to them.”

As for Platinum’s statement implying that a scheduling conflict was the reason Taylor was recast, she responds by saying:

“Platinum had the cheek to say that I was busy, that they ‘couldn’t make it work with Ms. Taylor’s schedule’ while I had nothing but time.”

Taylor then comments on Jennifer Hale replacing her, saying:

“They now have a new girl voicing her over. And I love actors, I wish her all the joy in the world, I wish her all the jobs. But she has no right to say she is the voice of Bayonetta. I created that voice. She has no right to sign merchandise as Bayonetta anymore than I have the right to sign as Eva Green, even though I was her parrot on the video game The Golden Compass. That portrayal is hers and hers alone.”

Taylor concludes by saying, “They’ll probably try to do a spin-off with Jeanne. Don’t buy that one either.”

Hideki Kamiya has seemingly tweeted a response, writing “Sad and deplorable about the attitude of untruth. That’s what all I can tell now.”

So there it is. We’ll see how or if Platinum as a whole responds (especially legally since Taylor is evidently breaking an NDA), but this is bad PR blow with Bayonetta 3 so close to release. Some of the hardcore Bayonetta fanbase had already suspected there was much more to the voiceover change than what Platinum stated; some hoped the multiversal storyline gave hope that Hellena still appeared as a Bayonetta variant. That’s not the case, apparently, and it’ll be interesting to see if a boycott does gain any traction.

Bayonetta 3 is slated to launch on October 28 for Switch.