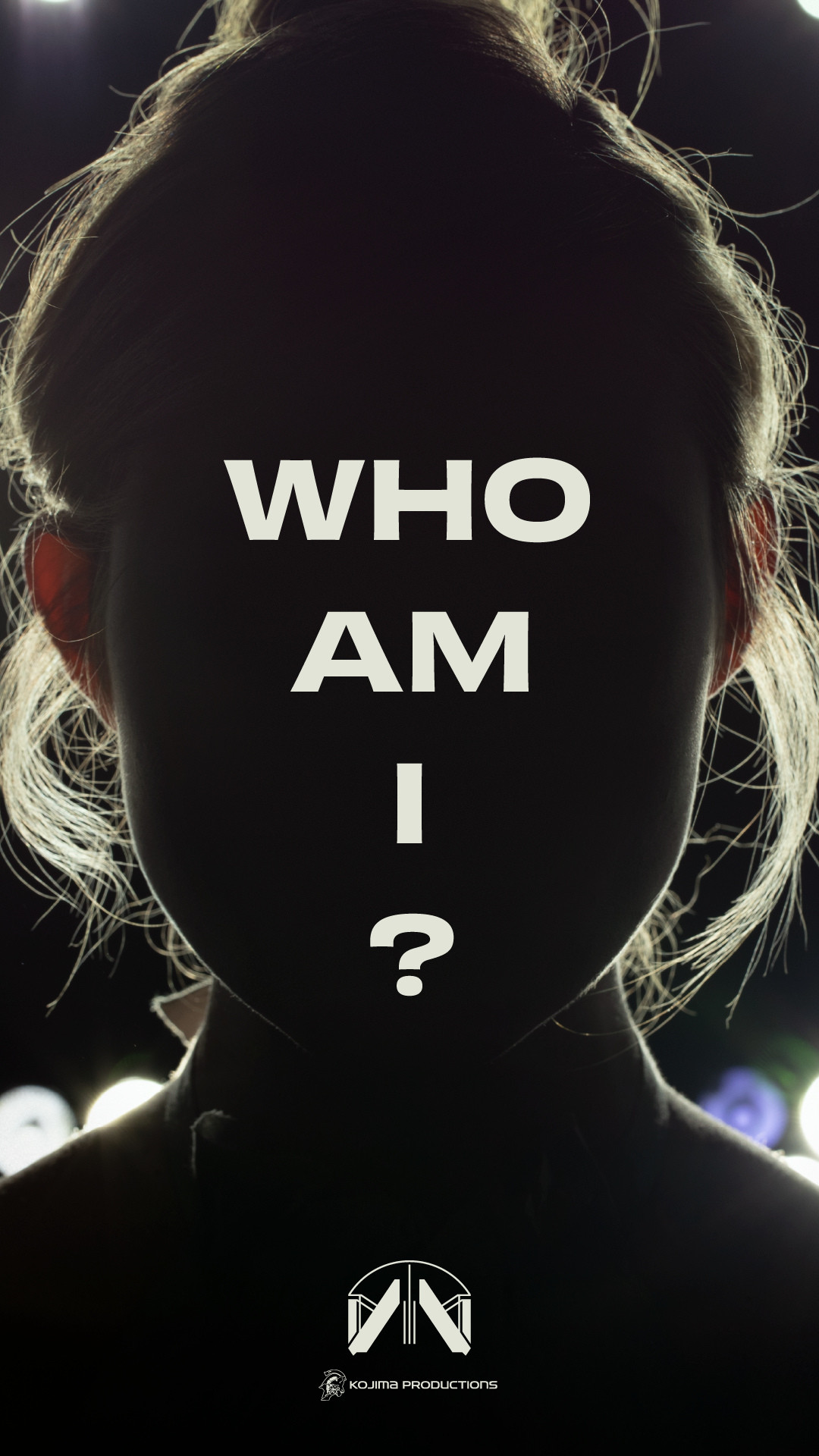 The next game from the creator of Metal Gear continues Kojima’s trend of using well known actors, but is it the previously leaked Overdose?

When Hideo Kojima decides to announce a new game it’s never with anything as simple as a press release or a reveal trailer, which is why he got so upset when details of his upcoming horror game leaked.

That leak, for a game apparently called Overdose, wasn’t very helpful though, as not only did it not offer much detail but Kojima seems to have so many projects underway at the moment that it’s impossible to tell which one is next.

The poster above is on the Kojima Productions website and was highlighted by a tweet from The Game Awards presenter Geoff Keighley, although he did so with only a question mark, so the only thing to go on is the words ‘Who Am I?’

It might seem impossible to answer that question at the moment, with some fans suspecting that Kojima is starting a ARG (alternate reality game – like the I Love Bees campaign for Halo 2) to reveal the game, but the obvious first guess is that the woman in the poster is Margaret Qualley.

Qualley played Mama in Death Stranding and is supposedly also playing the main character in Overdose – or at least she was present in the footage that leaked back in June.

Kojima has an increasing tendency to cast well-known actors in his games and so the question of ‘Who am I?’ could have a double meaning, in terms of both the character and the person playing her.

Rather than Qualley though, some fans think that it’s actress Elle Fanning, younger sister of Dakota Fanning, who made her debut in a film called… I am Sam.

The photos do seem to match up, and the connection between ‘Who am I?’ and ‘I am Sam’ seems like exactly the sort of thing Kojima would do.

The only other clue on the poster is the strange logo at the bottom, which vaguely looks like a door or gate and might also be forming a ‘W’. Although it doesn’t particularly look like either thing.

Whether Kojima expected people to work out it was Elle Fanning or not is unclear, but it still doesn’t help determine what the game is. He’s currently thought to be working on up to three different games, but this doesn’t seem like a teaser for Dead Stranding 2.

It could be Overdose but there’s nothing in the image that implies horror, and the logo doesn’t obviously fit a game with that name.

Kojima is also making a cloud-based game with Microsoft and while rumours suggest that it’s Overdose, it’s certainly not confirmed as such. There were also recent rumours of him working on a VR title, but while that was later clarified as just an ‘experience’ he’s obviously interested in the tech.

So to clarify: we have no idea what game the poster is promoting, but that is almost certainly Elle Fanning and there’s an outside chance we might learn more as the Tokyo Game Show continues this week.